A Chat with Chad Bouchez of Houston Heat 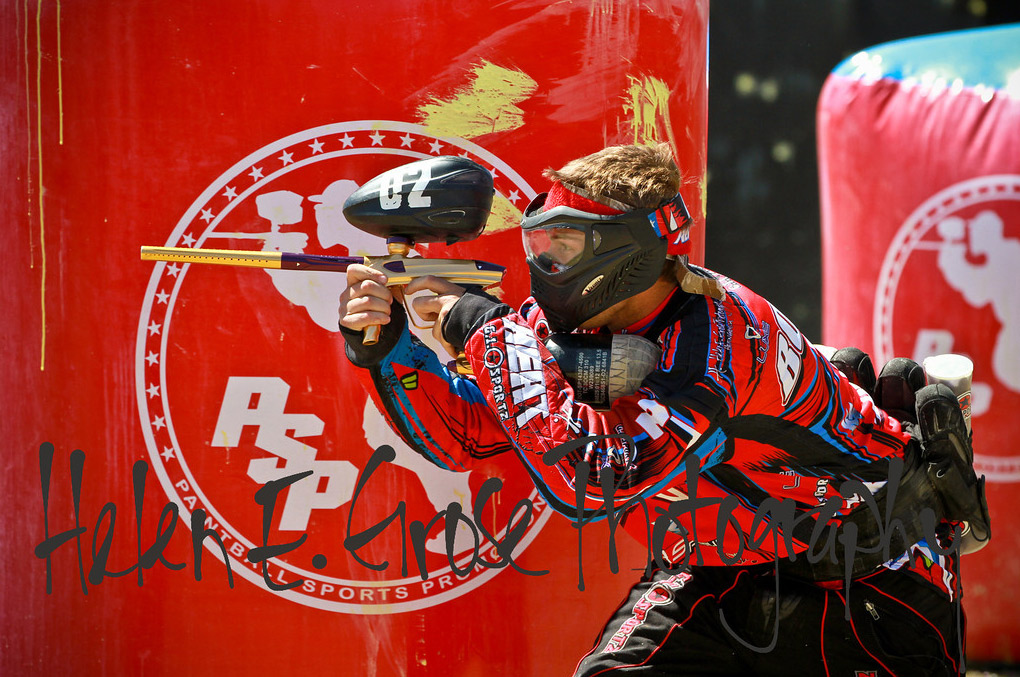 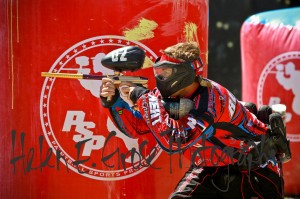 Houston Heat has rocketed to the top of the PSP, placing second in Galveston and first in Phoenix and have a stunning record of 10-3 in their short history. Part of their success has come from the play of front-man, Chad Bouchez (#2; Front; PBA rank 60), formerly of Chicago Aftershock. Social Paintball’s Lawrence Abernathy was able to sit down with Chad and catch up with him to talk about what’s happened so far this season. Here is what he had to say

Social Paintball: This is the first season for Houston Heat, the “rookie season” if you will, and so far you have managed to place second, and first in two events. Possibly the best start for any team, ever. What has been the secret of Houston’s success? We all know that Houston has a crazy practice schedule and that everybody is fully committed to the team etc… but what is it on the field, and off that makes your team such a formidable opponent; or what do you have that other teams are lacking?

Chad: Houston Heat’s success comes from many different variables. The team was hand picked from Randy Smith, Sam Monville and myself! It took countless hours of many names being thrown around the table, and long phone conversations, that sometimes really didn’t even make sense half the time. However Randy is all about thinking outside the box: his vision was bigger, he wanted to create a “family”! His biggest motto that he sticks in our minds day in and day out, “One team, one family”

My answer to our success this early in the history of Houston Heat, is simple: “Jason Trosen.”

It has a lot to do with the old saying “One chief, and the rest have to be Indians.” Well we have just that. (Chief) Jason Trosen, 10 players (Indians), I personally feel Jason Trosen is more important than any one player on the team. What he has to offer and provide for a team is just so good, that you can’t help but smile because with the right amount of time and effort, success is def in your path!

Social Paintball: Good coaching is becoming a necessity in paintball, and it’s exciting to us for you to use that as a key to success. One of the big pitfalls of a “super-star” laden team is that there are expectations, but from the outside looking in, it seems like this team has dodged that bullet. How hard has it been to keep focused? Also, on a completely different note – could you note a little on how the team used the last field layout to your advantages, and what do you think the team does better than anybody else on the paintball field? (i.e. laneing, pushing the tempo, dorito side play etc…)

Chad: People could call it a super-star roster, I really don’t even like using the word “super-star”….We all put our pants on the same way as anyone else. Not one person on this team considers themselves above any other player, we just want it! We just are willing and are really blessed to have the luxury of training to be consider a top team as of now!

The layout…..we have so much to work on…yea, we took second and a first….I want to say the Texas “weather” worked in our favor….We played that layout for days before Texas, and we didn’t know everything we could about it; but we went into the Texas even with a positive mindset. I remember when we got word on the event being moved back to Phoenix, the first thought in my head was “we get a longer time on the layout.” People don’t realize how limited we are on the layout due to the logistics of the team!

We honestly didn’t do anything special; we have so much room for improvement, but we kept our spirits high and we knew that we all had jobs to do — and when everyone does there job to support the team on/off the field, we all come out on top!

Social Paintball: This time last season did you expect to be in the position that you are in this season, with this group of guys? Just how crazy has this season been? Also, what’s the next step for the team?

Chad: Let me tell you what I know…Momma D (Mr. Smith’s wife) sat me down one night and explained to me: Randy doesn’t do things half way, its full on and becoming number one at what he does! She told me that a year and half ago. I trust in her more then most women! So I knew, at one point and time we would be seeing success in many ways. It’s a good feeling but it’s a lonely mountain, everyone wants to knock you off and that just means we have to work harder then before to maintain any kind of success!

Social Paintball: So enough about the team, let’s talk a little about you. What are some of your personal goals for this season? Anything that you think has gone particularly well in your play so far this season?

Chad: Every year I set personal goals, and really cant stop until I do complete them! Not a lot of people know this, but when this team was formed I was the odd man out of NOT winning a professional tournament. When we started I was the lone wolf, but at the same time it kept me fighting harder for that chance to cross the line with my teammates!

I feel I have had an opportunity to really step up my. In my recent years of playing pro ball, if I had a bad point or a bad match, I wasn’t going to get the chance to redeem myself which made it so I could never focus on becoming better. It really set my mindset to never want to take a chance and screw up. So with the “HEAT” I don’t have to worry about that, I just go do my thing if I mess up, I have a pretty damn good coach to fix it!

Social Paintball: Thanks to Chad for taking time out of a busy schedule to catch up with us. If you would like to learn more about Houston Heat, check out their facebook page https://www.facebook.com/HoustonHeatPaintball or PaintballAccess.com where you can watch streaming, on-demand matches.