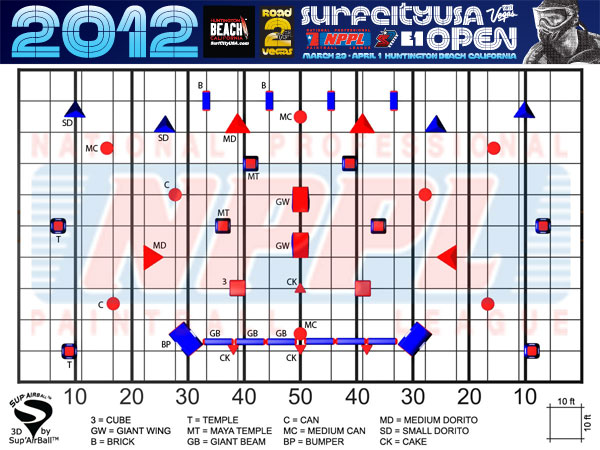 This weekend teams from across the USA will be flying into sunny California for the first leg of the NPPL season, at its traditional location: Huntington Beach. New for this year, the NPPL will be requiring teams to install ROF-fi chips into markers which will enable referees to monitor the rate of fire cap. The NPPL is also saying that these chips will provide a deeper look into paint consumption statistics and how it affects the game, which should prove to be interesting. Also new for the season is the format! This year the NPPL has adopted a Race2 format in the professional division (Race2 5), division 1 (Race2 4), division 3 – five man (Race2 4), and division 4 – five man (Race2 4); of course traditional 7 man will be present across all divisions except the professional and division 1 ranks.

Here is what you need to know:
Schedules and Scores: http://www.npplnetwork.com/2012SurfCityOpenScheduleScores.htm
Field Layout: 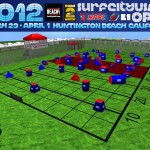 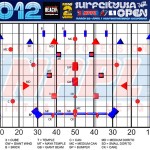 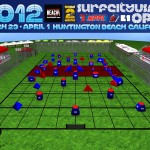 Some of the more interesting stories around the event which are possibly worth following:

7.Just how awesome is the NPPL Players Party going to be?
Angel Paintball always made a big splash at NPPL events with their incredible trade show tent which turned any parking lot or beach into a high-style night club. Although Angel may not be around anymore, in their spirit the NPPL is throwing a players party on Friday night, sponsored by Sapporo; and Hooters will be having a VIP area for all players.

6.How will the non-PSP teams do?
Because of scheduling, there are a few teams that have already played one event – and a few that have played two. Coming into this event is how will the teams that were still on the off-season grind (just last weekend) perform against teams that are a quarter, or fifth into their season? On the flip-side, will the teams who have had a busy season so far be able to cope with the fresher legs – especially San Diego Dynasty and Tampa Bay Damage who are playing their second event in two weeks? Teams coming fresh off the blocks include: Chicago Legend, Arsenal, Edmonton Impact, San Francisco Explicit, New England Avalanche, XSV, Los Angeles Critical, Portland Uprising, Vancouver Vendetta and Mutiny.

5.How will the new format affect the games?
This year the NPPL has taken a large step in evolving their format, making professional teams play a 7 man Race2-5. Some analysts are predicting that this will cause more games to stall out and that we may see more games end due to time, not score. Others are saying that this may allow teams to open their playbook a little more and experiment more within the game-plans. What do you think?

4.Will new teams be able to compete?
Up until this season, it was not too rare a sight to see a new team make waves in the NPPL their first event out because of the true 7 man play. This year should be a little different due to the change in format, but with the adrenaline of the moment, the roar of the crowd and the incredible experience that is Huntington Beach be able to inspire an unknown team to greatness?

3.Will the ROF-fi technology really improve the game?
In the mid 2000’s “cheater-boards” were rampant at NPPL events. To combat this the NPPL has used several techniques (the “robot” being a famous one) and this year the new technology is a ROF-fi chip that all teams are being required to install in their makers. However, will this really be able to monitor the game effectively? I don’t see why not, but at the same time: will we see more penalties?

2.Webcast? What webcast?!
The NPPL has done a rather brilliant job at not releasing any information regarding a webcast until this week – which they will be having. They are going with a YouTube partnership, using Youtube Live. Right now the PSP has the standard in paintball, and it is very high. However, with rumors during the off-season of an NPPL themed reality TV show, maybe this is a precursor of things to come?

1.How will the all-female team, Poison Ivy, perform?
The all-female team based out of Norway will be playing this event with the addition of three old-school, well-known US female players, Bea Paxson (Bea Youngs), Katie Kelley, and Kat Secor. It will be interesting to see how they stack up against the competition in Division 3 5-Man, or should we call it 5-woman? Podium finish?