The Cost of Winning? 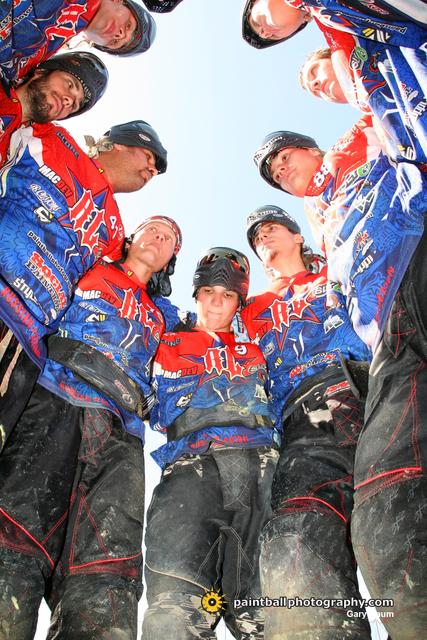 This is just my opinion, not that of Social Paintball, or my teams, or any of our affiliates and or sponsors.

It’s not uncommon in professional sports for a team to spend money, building an awesome roster, only to have it for a short time. I’ll give you an example of what I mean. The Tampa Bay Buccaneers (NFL).  In 2001, they go 9-7 but every fan knows they’re building a power house roster. In 2002 they win the super bowl. Their “brand”, if you will, is at an all time high and they have a huge fan base.  So let’s save some money, the buccaneers management thinks. John Lynch, Warrick Dunn, and Warren Sapp (arguably there three best players) are all released in a 2 year period because their salaries were huge. In 2004 the Buccaneers go 5-11 and the team is very profitable; i.e. the total salaries are way less?

It’s a delicate balance.  How much do you spend to get great players? When is it about winning and when is it about money? Can you afford to win? Do you look at merchandise sales vs. wins? We sell enough stuff so we don’t need to win anymore (that’s what I felt like the Buccaneers did). 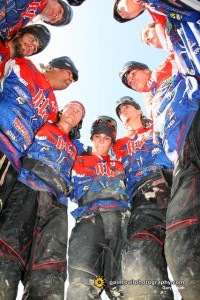 At this point your probably asking yourself, this is a paintball website so why is this whole article about American football? Read this article: http://socialpaintball.com/2011/12/30/breaking-news-the-future-of-russian-legion/

Isn’t that what Russian Legion is doing, making business decisions? That’s the way it reads to me.

I’ll be honest, in my own way, I’m a sports FANATIC. I don’t get all crazy with memorizing stats and records. I just love the sports, the competition, the drive to win, how the various organizations handle that, and how it’s organized.

I’ll provide another unrelated sports example. NASCAR. During their greatest growth period, NASCAR was a down home grass roots organization that anyone could participate in (just like paintball). During that period in time, if you won or lost; it meant a HUGE economic impact to your team.  Losing a few races would lose you sponsors. During this period, the teams and the sport was riddled with controversy (much like paintball). In all honesty, and my own opinion, that is what made it amazing and brought in the fans (exactly what Cale Yarborough says in the interview below). You never knew what was going to happen next, and you always knew every team was fighting for their own survival! Hence the 1979 Daytona 500 (the first televised flag to flag race) ended in a giant fight! On television!

To take that conversation just one step further, I’m a big fan of Relegation/Promotion in sports. Relegation/Promotion is the system used in many soccer leagues, which make it the biggest sport in the world (in my opinion). Using this system there is no APPA or other scoring bodies; it’s simply up to the teams in the various leagues to appropriately place players. Millennium uses this system (relegation/promotion), to an extent. The way the system works, in every division, at different intervals (say mid season and end of season); the top two or three teams in the division move up to the next division the bottom two or three teams move down a division. It’s not just about winning or losing, it’s about not being worst or being best. Since pro teams are obviously worth more then D4 teams, the teams have an economic incentive to win, as do the players. This also creates the need to prove your league in inter-league play, to increase the worth of all teams that play in your league, and not just as a matter of pride. Again this creates an environment of do or die, we MUST win.

Again, this is just my rant and not that of Social Paintball, or my teams, or our sponsors.  I would be very interested to hear your opinions, so comment below.  Thanks.