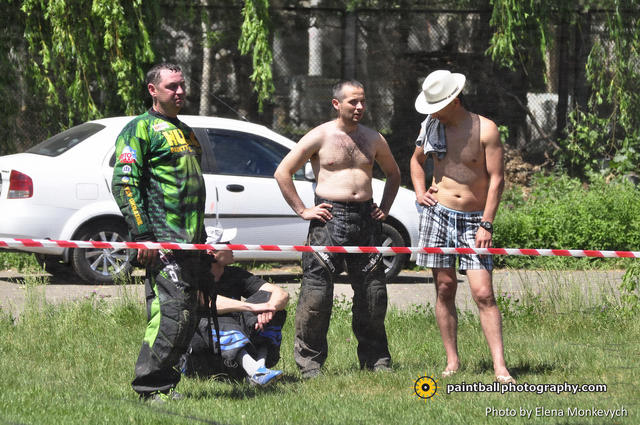 This straight-forward, short-term plan is designed to transition an athlete from a deconditioned state into a consistent training routine. For example, if you get on the field to play a few times every month but you’ve never trained with weights before, this would be a great first step.

Or, let’s say you went to Puerto Rico and spent 10 days doing nothing but watching eye candy on the beach and sipping frosty coconut-flavored drinks, this would be the workout you do when you get home and finally return to the gym.

The goal for this routine is to get familiar with the most basic bodyweight exercises while also developing total body conditioning and a fundamental level of strength and coordination. As soon as each set of each exercise feels “easy” at the maximum number of reps, the athlete can switch to a more targeted and comprehensive program.

This workout is also ideal for teenage athletes new to exercise. As young adults, their bodies are not physically prepared to the stresses of weight training, which is where the old “lifting weights will stunt your growth”-myth evolved from.

I prefer to have teens follow this routine, exactly as-is, for at least a few weeks before moving on to a more challenging workout that includes barbells and dumbbells. This allows the body’s support structures (tendons, ligaments, etc.) to be sufficiently prepared for more intense training.

The Plan: Simple, But Not Easy

The exercises should be done as “straight sets,” meaning that both sets of an exercise should be completed, with a brief rest between them, before moving on to the next exercise. If you were to work the exercises as a continuous circuit, with one set of an exercise then a set of another exercise then the next and the next, you’d turn this into more of a cardio-focused workout and that’s not the purpose right now.

Each set should be stopped before muscular failure occurs. This means that you shouldn’t be absolutely killing yourself to grind out… that… one… last… rep. Focus on the technique of each individual repetition. If you see or feel your form getting shaky, end the set right there. You can attack it again next session.

For the plank, the top position should be held for a simple count of 15 (approximately 10-15 seconds) in each set or, again, until you notice your form begin to degrade.

A brief demonstration of a basic bodyweight workout, ideal for teens and adults who are new to exercise and athletes new to weight training.

Squat: Stance should be wide enough to maintain the full foot on the ground throughout each rep, without having to come up on your toes. Depth should be as low as is comfortably possible. If you can’t get your thighs below parallel to the ground, it’s a sign that some basic stretching should be in your near future.

Push-up: Reps should always be performed on the toes, not the knees. If the exercise is too challenging, elevate the hands onto a bench or step while keeping the legs straight/toes on the ground, rather than bending the knees. Quick side-note: Anybody who calls push-ups from the knees “girl push-ups” should be smacked in the side of the head. That’s a pet peeve of mine.

Lunge: Alternate legs with each rep. After stepping forwards into position, focus on an “up and down” squat-type movement, rather than a “forward and back” gliding motion to maintain knee health and increase muscular work. Lunges are a very under-rated exercise in general, but they’re crucial for the paintball athlete.

Pull-up: Using either bands or a weighted-counterbalance/assisted machine, perform full range of motion reps from a straight-arm “dead hang” to a full contraction. The neutral (palms facing each other) grip will allow for the strongest pull with the most arm and back work. If neutral-grip handles aren’t available, performing the reps with your palms facing you (technically these would be “chin-ups”) would be the next best choice.

Plank: Simply hold the top position of a push-up. The body is supported on the hands (with straight arms) and toes while maintaining a straight line from your ears to your heels. Focus on body awareness to not let your back sag down and not let your hips rise up.

Burpee: A classic four-count squat-thrust. 1) From a standing position, drop down to a squat and place both hands on the ground. 2) Jump the feet backwards landing in a push-up or plank position. 3) Jump the feet back in, returning to the bottom of a squat position. 4) Stand fully upright. This basic version does not include a push-up or a jump into the air, which are more challenging variations of the burpee.

That’s it. Six exercises, two sets each, maybe 30 or 35 minutes of training time if you’re moving slowly. I know it probably looks easy… and that’s half the idea! Remember that it’s for deconditioned folks, people who are either new to training or haven’t trained in a while.

We’re not trying to break records here, this isn’t a hardcore fat loss plan, and it’s not going to give you abs of steel or super-sculpted arms in three weeks. We’re trying to get through a few full body workouts that train all the major muscle groups while establishing a basic level of strength, endurance, flexibility, and good old “fitness.”

Attack the workouts with consistency and proper form, squeeze some progress from the plan, and then move on to a more challenging training program when it’s appropriate. I’ll get more into proper eating, nutrition, supplements, and vitamins in a future article.