Can the Survival Game Survive?

I remember exactly where I was when Lehman Brothers went up in smoke. I was eating my complimentary continental breakfast at a Super 8 motel in Bowman, North Dakota. The lobby, like the rest of the motel, smelled like mildew and hunting dogs. It was June, 2008, and a late blizzard had my crew stuck indoors for days. That morning, we were hoping to get back across the state line to the Buffalo County Clerk’s office to finish our work so we could get back to civilization. At the time, I was managing several crews across the U.S. doing oil and gas work. Times had been good for years, but as of late there had been signs. Bad signs. The news was filled with stories of banking losses, Wall Street trickery, and credit default scares. Months before, Merrill Lynch had reported huge losses, and the bad news seemed to keep building. All I could do was push ahead, keep my guys working, and hope the clients would keep paying. But I remember watching the news that morning and feeling the coffee eating at my gut. Sure enough, the client called before I’d even warmed up my truck. I drove a couple guys to the airport in Rapid City, and the rest of us started the long drive back to Texas. Within months, the check books were closed, the field offices were empty, and we were headed down the even longer road now known as the Financial Crisis of 2007-2008, or the Great Recession.

Every year, Sports & Fitness Industry Association (SFIA) releases statistics on sports participation, including paintball. I’ve purchased a few of their reports over the years, though the numbers have been glum lately, to say the least.

In the early- and mid-2000’s, paintball experienced a storm surge of participation, peaking out in 2007 with an estimated 5.5 million total participants (people who play at least once per year). But timed almost precisely with the melt-down of Merrill Lynch in October of 2007, things began to go south. Players fell off. Companies and fields began to disappear or get bought out. By December 2008, even the mighty National Paintball Players League (NPPL) had filed for bankruptcy, never quite regaining its strength and eventually withering away. By 2012, paintball had lost almost 32% of its regular and casual players, and people began to wonder, “Is this the end?”

What happened to cause such a meteoric crash in a once promising sport? To quote James Carville, “It’s the economy, stupid!” When paintball peaked in 2007, unemployment was at its lowest in years. It’s no surprise that as jobs dried up, there was less money spent on expensive past times like paintball. In 2008, unemployment skyrocketed, and though people are getting back to work little by little, working America still hasn’t fully recovered.

But what’s particularly brutal about recessions is not just the actual decrease in Gross Domestic Product, but fear. Even people not immediately facing a pink slip or foreclosure watch the news and feel the terror. Consequently, they tighten up on all nonessential spending, like, you guessed it, paintball. In 2008, the Consumer Confidence Index hit its lowest point since the Conference Board first released their data in 1967. Simply put, a family afraid of losing their home is not buying birthday party packages at the local paintball field. 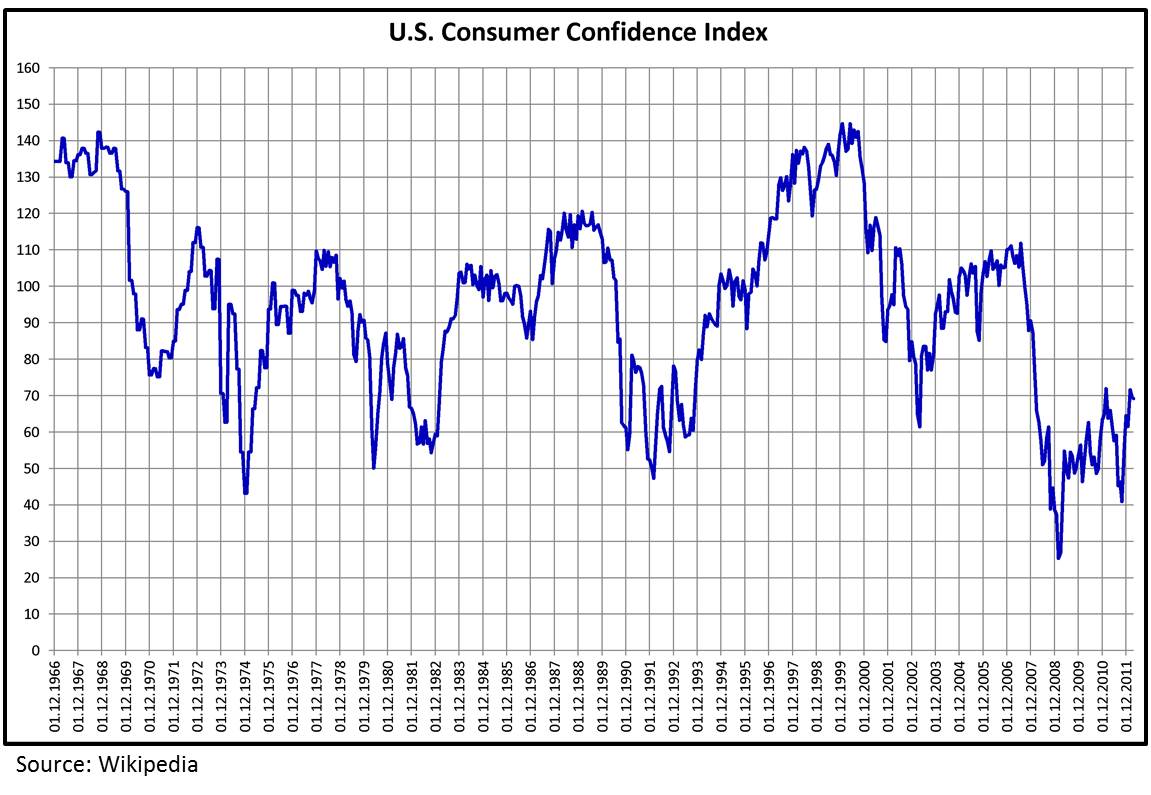 Paintball is not truly comparable to any other sport. Certain traditional sports, like baseball, football, and basketball, are subsidized with school tax dollars, so children are able to participate regardless of their household income. Other amateur sports, like jogging and tennis, are exceptionally cheap compared to paintball. If tennis players destroyed and replaced tennis balls at the rate of 12.5 balls per second, there would be a higher barrier to climb in tennis as well, but such is not the case, so tennis doesn’t feel the same pain. Paintball is practically built on waste, so when the bear comes to devour the market fat, paintball goes first as an appetizer, not as dessert.

But is the economy the whole story? Perhaps not, but it’s the only one I can back-up with statistics and reasonable theory. If you’ll allow me a little speculation, I also propose that the rise of airsoft has taken a big bite out of paintball’s market share. First off, airsoft has much lower operating costs than paintball. 5,000 airsoft bb’s can be purchased for $10.00, while the same number of paintballs costs easily 10 times that much. While a Polar Star PR-15 CQBR rifle, considered a ridiculously high-end rifle in the airsoft world, costs about $600, paintballers think nothing of buying Luxes, Geos, and GSLs at more than twice that price. Plus, airsoft arrived at the same time as an explosion in first person shooter (FPS) video gaming. The ability to role play the part of a “Call of Duty” character in the flesh is hugely attractive to many people. Throw in less pain, less filth, and less danger, and airsoft is an undeniable contender in the action sports ring.

So what’s the solution? Time, mainly. Paintball is cyclical; it rides the ebb and flow of the overall economy, just like the oil and gas business. I read the 2014 SFIA Single Sport Report-Paintball today and there is good news: 2013 saw a 1.9% increase in paintball participation over the previous year, making it the first year paintball has seen positive growth in 5 years. That’s mostly due to the slow but steady strengthening of the U.S. economy. But will paintball climb all the way back to its peak, especially with airsoft and video gaming fighting for their share of the same demographic? Frankly, that’s up to paintball. The sport has not changed much in years. Small changes to rules like field sizes and ramping are like wake against the hull of a battleship. When an idea has been around for a long time, you can bet that anybody who wants to subscribe to it probably already does, and from there it will either grow at the same rate as the population or fade away as something shinier and newer comes along. To really change course takes bold innovation. To facilitate my return to the oil patch, I had to morph from a field guy to a corporate consultant, despite all my disdain for offices and staff meetings. As of now, there is some hope in magazine fed (mag-fed) paintball, which has found its legs in the last two years. With its realism and lower operating costs, mag-fed is paintball’s best answer to airsoft. As employment and consumer confidence recover, our old survival game may very well battle its way back up the hill with a tac vest full of 18-round mags.