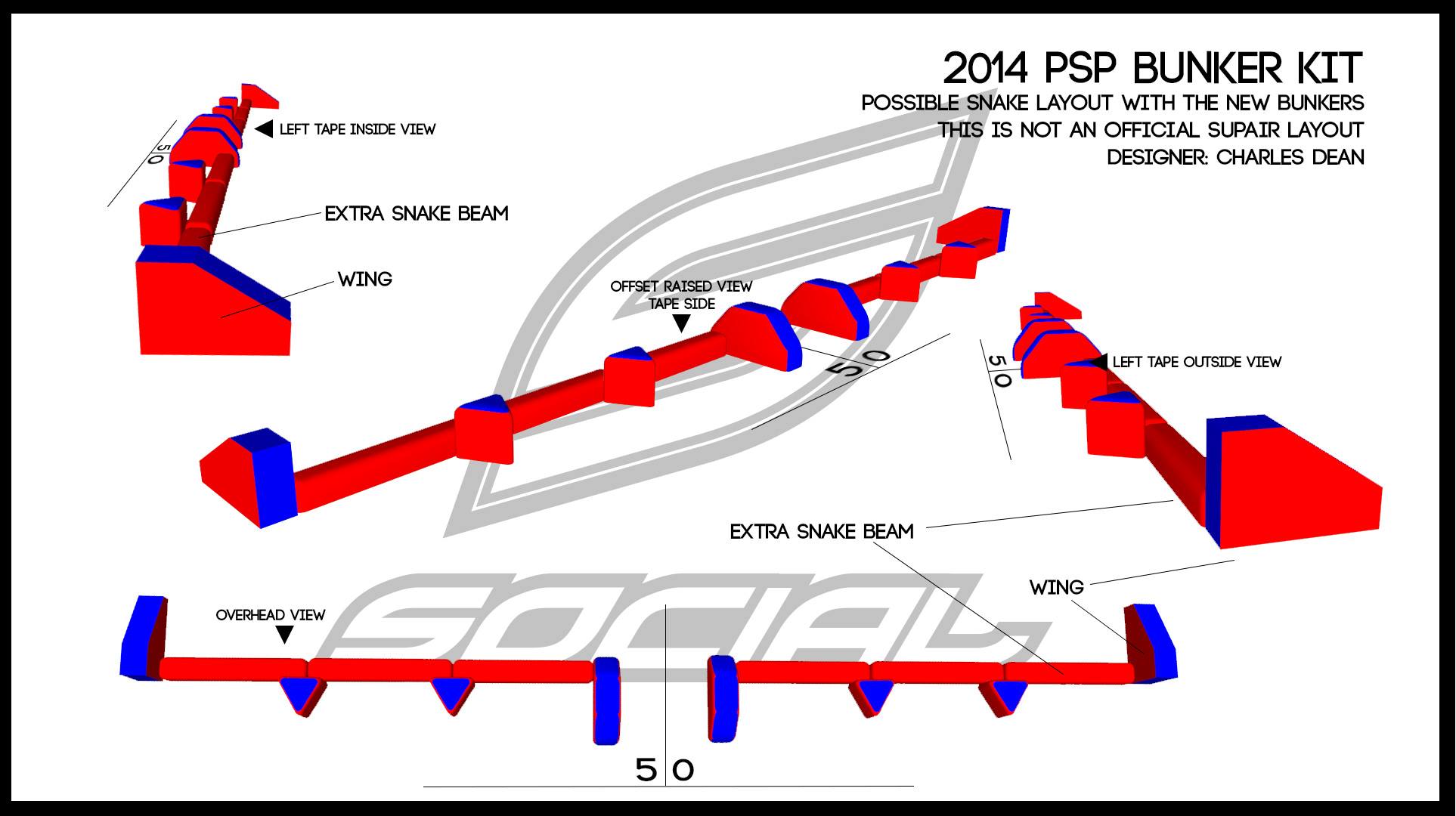 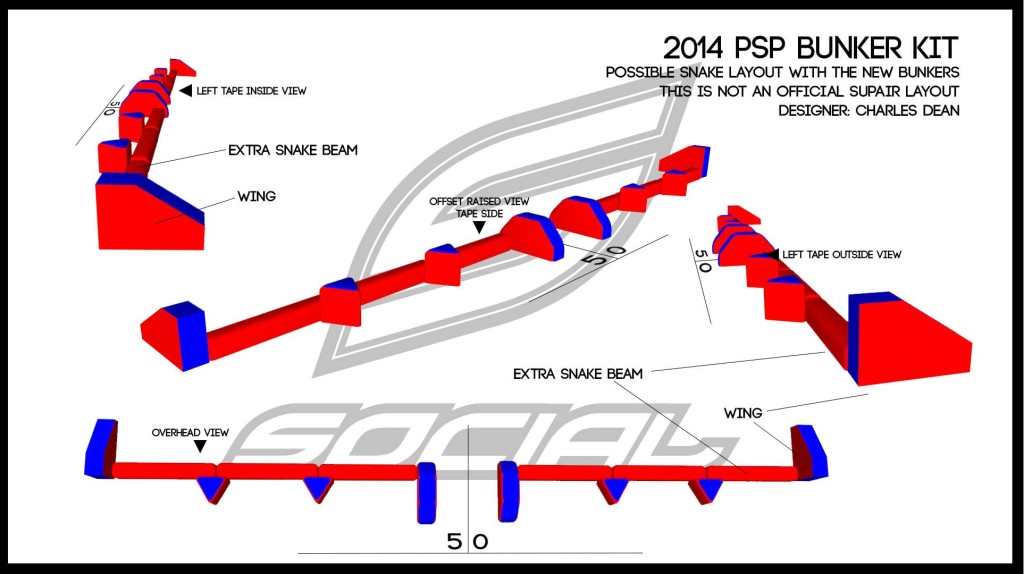 Hopefully, by now everyone has seen the new 2014 PSP bunker kit. If you haven’t, here’s a quick run down. For 2014 the PSP is: removing the four snake elbows, and replacing them with two additional snake beams, and adding two new “wing bunkers.”

However, the photograph provided by the PSP doesn’t really give context to how these new bunkers will work, in conjunction with the current snake. The wing appears to be a race bunker that is squared off on one side. With the addition of this larger bunker and the additional snake beams, the snake looks like it will be easier to reach, and the larger surface area should improve player survivability. You should see a lot of creative layouts with these new additions. Adding length to the snake brings it closer to the backline and gives snake players more options of where to pop up to get an effective cross field shot.

The graphic above displays how these new bunkers could be used in a traditional snake layout, while also giving you a reference to use your imagination as to how these could potentially be used. Hopefully, we will be treated to more complex snake layouts this season.

So far, snake players on the professional level seem excited about the change. Also, with no snake side coaching this season for the professional division, it will be nice to see what the experts can accomplish with the larger playground that the PSP has provided.

PSP and SupAir will be unveiling a few sample layouts soon, so let’s see what they have in mind with the new bunker kit.