Not a Hobby, It’s a Lifestyle 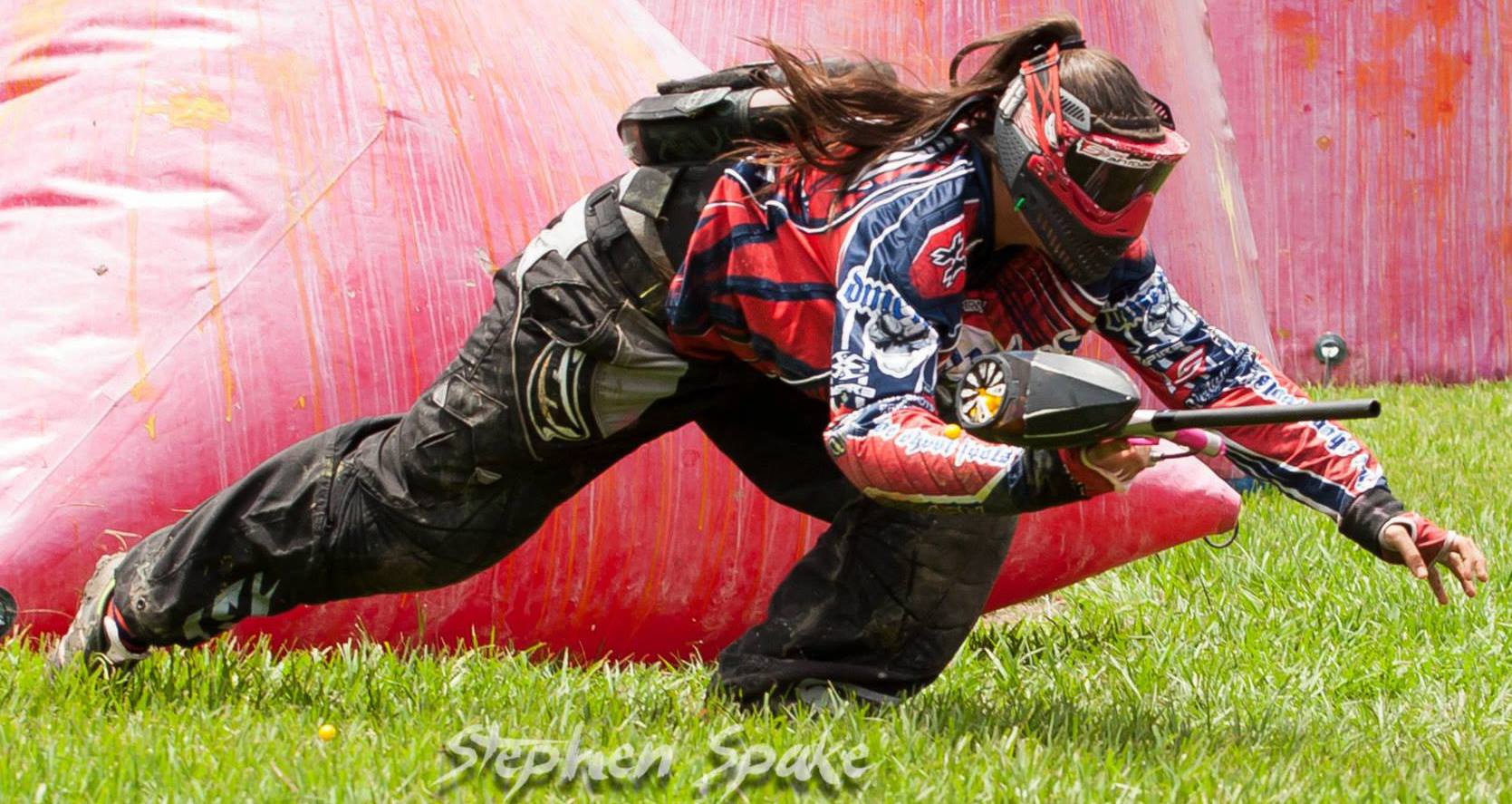 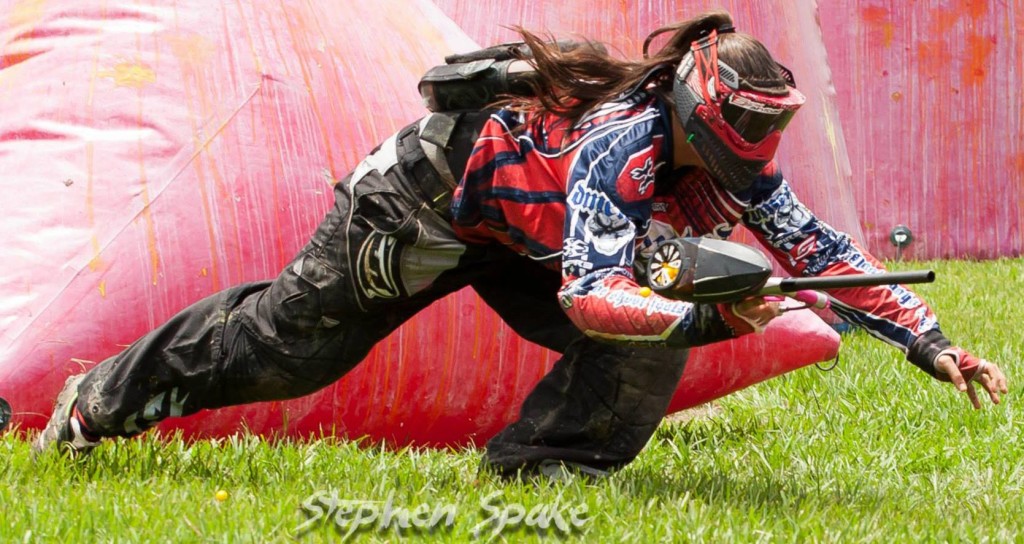 Welcome back everyone! First, I would like to thank all of you for all of your positive responses to my introduction story. I feel that it is important for people to know where I have been, in order to see where I am going. In the beginning of my story, you all should now know how I started, where, and when. What I did not tell you is who contributed to the help I needed to start playing this incredible sport.

At Hotshots Paintball field, there is an employee named Brandon Blouin A.K.A “Mooch”. Mooch went out of his way to come out onto the field and give me a one on one lesson. He started off informing me that stretching before practice is crucial. After that, he showed me how to stand at the start box. I had no idea how important that was! He said, “Nicole, whichever direction you are running is what hand your gun should be in. You never want your whole gun exposed to the inside of the field because it’s more likely to get shot.”

After that quick lesson, he showed me how to hold my gun properly while running. Like most beginners, I had a habit of sticking my elbow out and cocking my gun sideways. This was probably one of the most difficult habits to break. After a lot of practice and drills, I was able to break the habit. Mooch was one of the only people to truly go out of his way and quickly teach me some fundamentals at the start of my paintball career. I will always remember that and will always be grateful for it. Shortly after, I met Mooch’s girlfriend, Traci Hayes, and she also worked at Hotshots. We quickly became friends and I confided in her to help me learn. We developed a strong female bond on and off the paintball field. The next step was to get some cheap soft gear and keep practicing. Furthermore, I wanted to find a team that would be able to show me what it’s like to play competitively. With that being said, I found my first home with Team Dmented.

Dmented’s home field was, and still is, at Hotshots. At the time, the team was owned and operated by TJ Bavota. Bobby Weathers seemed to be the captain and helped keep the team motivated with a fun, family environment. I walked onto the field, where the team was stretching and I bluntly asked, “Is this just for guys? Or can I play too?” I was quickly welcomed with open arms. I immediately felt a strong positive vibe with these guys. As I stated in my first blog, I was involved with sports during my highschool years, however, the connection I had with this team was something that I had never experienced before. The whole community of paintballers are so helpful and concerned with my progress.

I played the whole 2012 season with Dmented. I went through about three more guns until I realized that Planet Eclipse Geo’s are my favorite markers. I played most of the regional events here in Florida which are called: Central Florida Paintball Series in Lakeland, Florida. I created so many friendships within this team. To name a few: Bobby Weathers, Nathan Gibson, Mikey “Chewlys” Garcia, Matthew DeLessio, Alex Pomereda, Carlos Rojas, and Christian Gonzalez. There are so many awesome players on this team and those are the ones I am currently still very close with.

The beginning of the 2013 season is where I truly excelled so rapidly. It is still very hard for me to comprehend how much time, effort and money I put into this sport in such a short amount of time. I was hooked. During this time, Dmented’s ownership was graciously passed over to Alex Pomereda so the team could be taken care of more tentatively with organization and love. On top of that, the person that helped me become the paintball player I am today, is Nick Nelson. Not only is he my friend, he is my trainer, my motivation and my boyfriend. Nick has been playing for over ten years and is a very well-known Division 1 player within PSP and is admired very much in Florida. In March of 2013, Nick helped train Traci Hayes and myself for a 3-man event we participated in. It was a historical all-women’s event in Oceanside, California. West Coast Women’s Paintball Tournament in April of 2013, where we took 2nd place with our third teammate Jami Hubble and Mooch as our coach.

After this event, I was contacted by a person who offered to give me a shot and try-out for their team. This person is Bea Paxson. Although, it was very hard for me to leave Dmented, they still continue to support my decision to play for Destiny. My new home field is Extreme Rage in Ft. Myers, Florida with Bea Paxson and Dee Tucker. Traci Hayes joined me and we are having so much fun together. For us, it has been a dream come true to play for Destiny. Since joining the team, I have taken home a 3rd place, and a 2nd place trophy in two different 3-man events and we were the only all-female team to make it to Sunday at the 2013 PSP World Cup.

I hope that everyone has enjoyed reading my summarized journey of becoming a paintball player and how I got to where I am today. Every single day I learn more about paintball. I have so many areas that I still need to work on and that’s okay. I want everyone to know that in paintball, the growth is endless. I would really like to thank everyone again for reading and supporting me. Next, I would love to give a detailed blog of my experience in the 2013 PSP World Cup. I want to share and express every feeling and every moment I had on and off the field with all of you. Stay tuned!