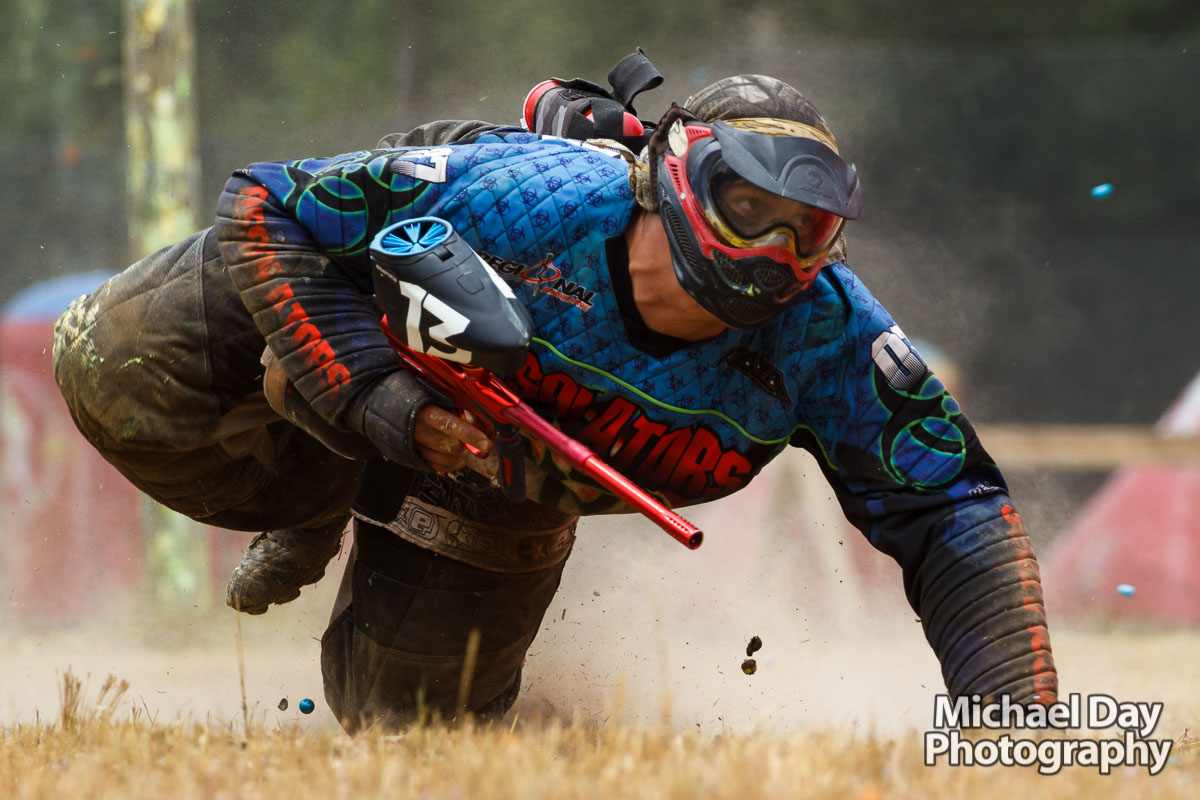 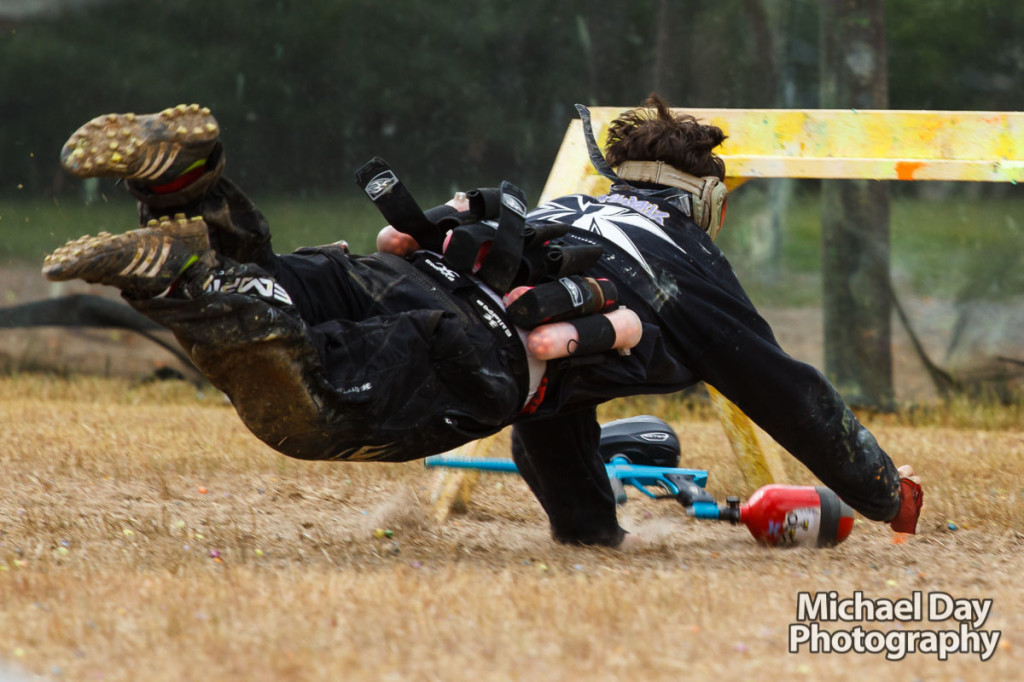 We’ll look back at Minor League Paintball Event 3 and the series midseason rankings.

Minor League Paintball Event #3 was a hot and humid one held at the new Central Alabama Paintball Park (CAPP). Midseason is always the time for teams to cushion their lead or to step up from early season mediocrity. Some teams did. Others fell short.

There were certainly some battles south of Birmingham. There were some highly entertaining D3 games in the quarters and semis. Kastawayz almost summoned a four point come back in double overtime (top pic, epic flaghang), but the Florida-based Papa Squat managed to maintain their composure and win two of the one-on-ones in a row. They would then face Event 2 winners 65 Astronauts and dominate with a 4-0 shutout to take the only tournament they’ve attended thus far. 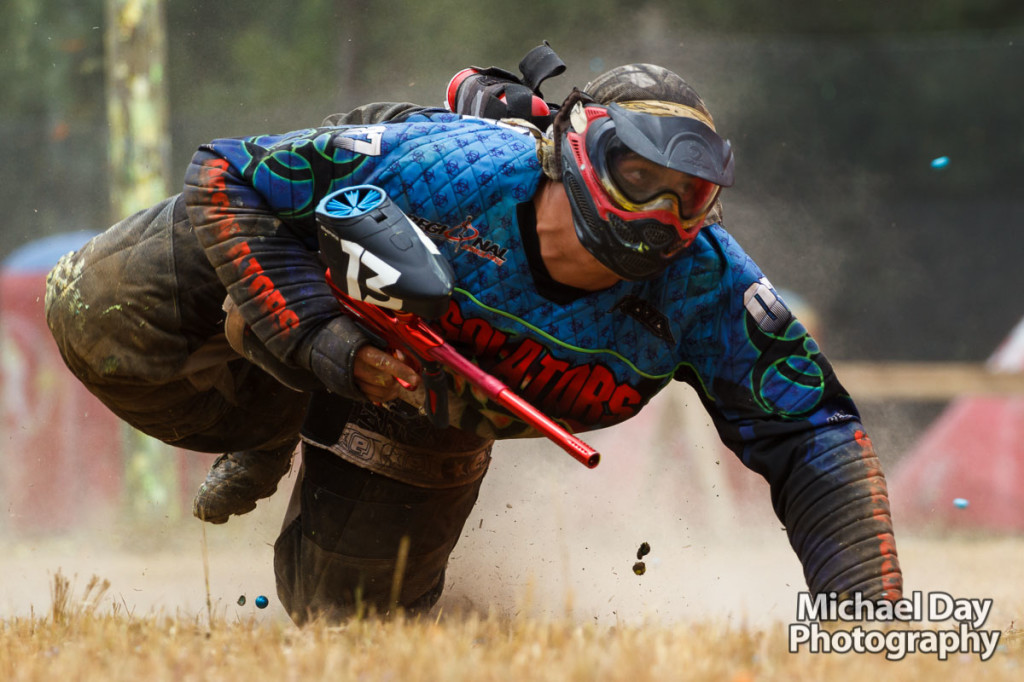 In a running theme, with Event 3 as their only tournament this season, BKS (Biloxi KillShot) maintained control throughout the tournament in D4. After gaining a lead, they confidently held up their zones and ran the clock out for a victory over current first-place ranked MidSouth Outlaws.

The D5 finals were a close battle. Both teams, Katana Guntai and PR1ME Minionz, were using skills like edging and stand-out laning coupled with a high level of aggression typically not seen at a “novice” level. PR1ME took it 3-2 in a tight match.

Individual player impact is far more recognizable at the regional tournament level. Probably also the reason many of these players had to bow out a few points or even entire matches because of the heat. 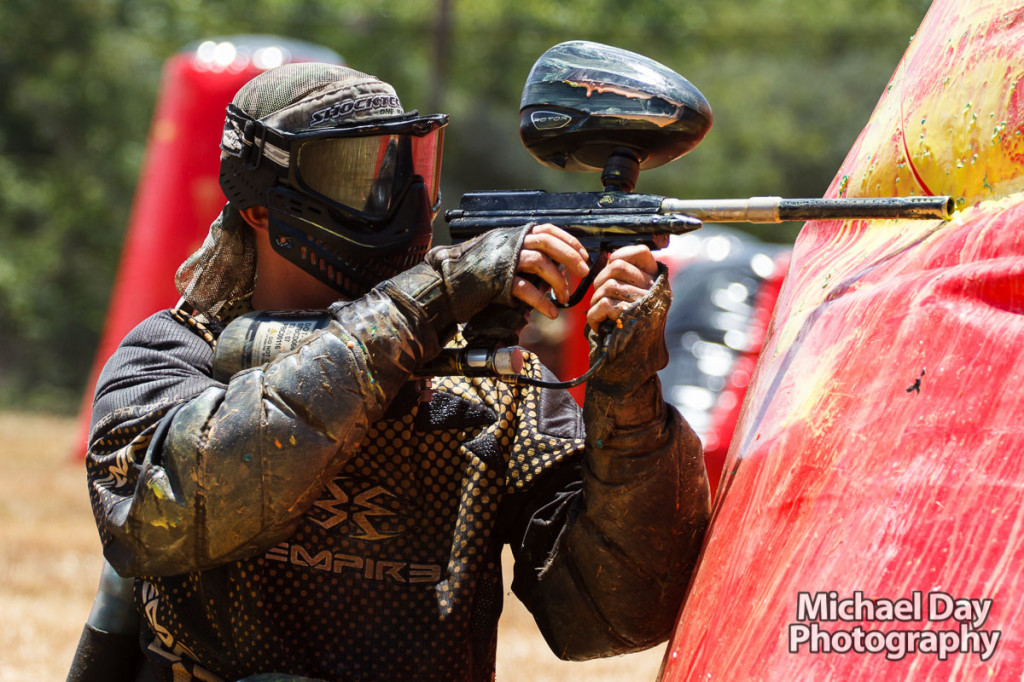 Paintball is about to enter an era of being much more fitness oriented. Just look at the Pros. All players at all levels are best to evolve or be left behind. Far older, yet more fit players, stood baffled at the young bucks army crawling out of the gravel pits from near heat exhaustion. Such scenes look comical enough, but heat exhaustion is no joke. Four Lokos are not in the hydration food pyramid boys.

The Minor League series is now by far the largest league in the Southeast. A renaissance of paintball seems to be taking place in the South. All of the MiLP hosting fields have expanded their operations and are establishing benchmarks as quality facilities: Dosser Works, Red Leg, CAPP, and Prime. Many of the managers of these facilities are quite young and all are passionate about the game. Teams are practicing harder, traveling further for scrimmages, and team managers are investing more time and resources into their teams. 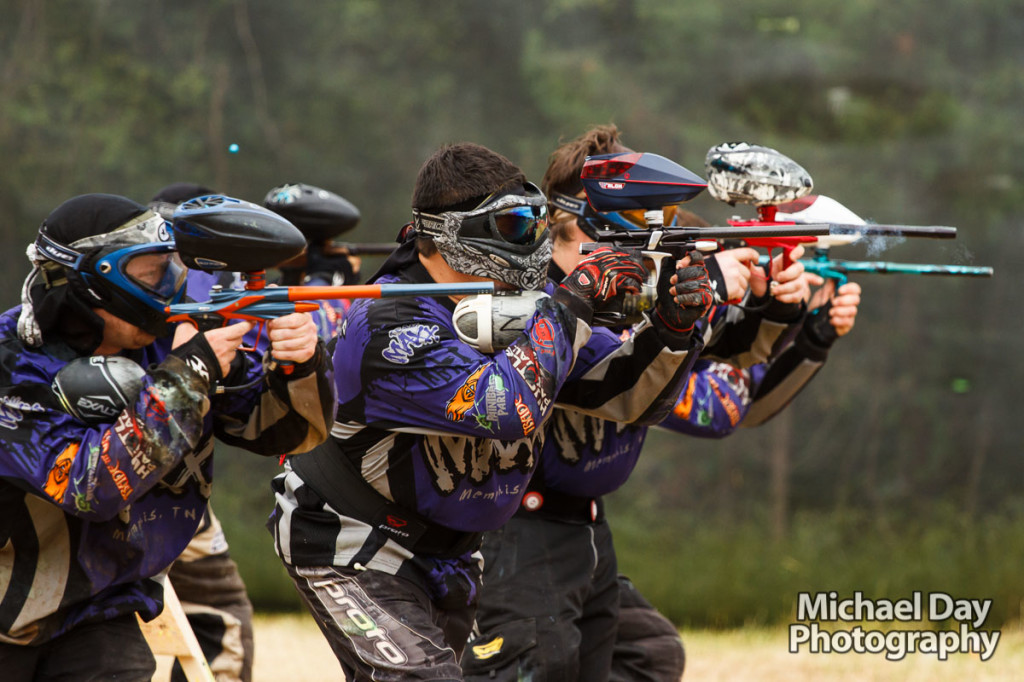 Season prizing is nothing to snooze over. Squads are gunning for FREE entry to the paintball World Cup. Two more events to go. Can’t wait to see how this series finishes out.