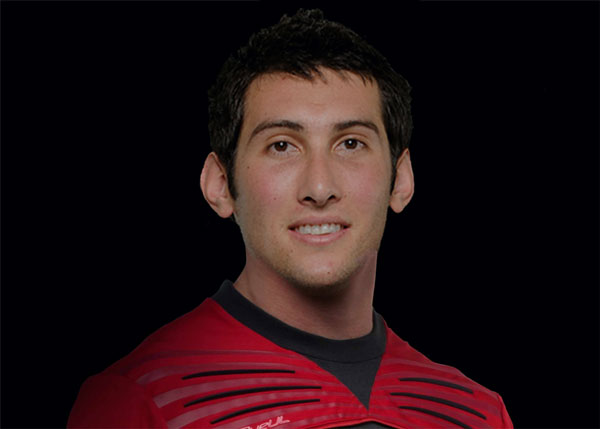 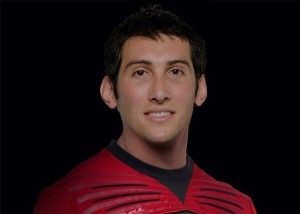 In what seems to be a really bad game of musical chairs, we have received official word from Alex “Mouse” Goldman stating that he will not be playing for Edmonton Impact as reported earlier this week. He will instead be playing for his old team, Los Angeles Ironmen, in the upcoming 2013 paintball season.

“One of the craziest offseasons” is definitely the correct term to use, as we’ve seen Mouse leave three teams in less than one year: San Diego Dynasty, Tampa Bay Damage, and Edmonton Impact. We caught up with Goldman, asking why he decided not to officially sign with Edmonton Impact. He conveyed that he chose “playing with my friends over playing for money.”

This off season has been real loud with rumors and players switching teams. I probably have the most confusing offseason story in paintball history!

Long story short, the big decision has been made and it is official. I will be with the Ironmen and I’m also thankful to continue using Dye’s products! – Alex “Mouse” Goldman

As far as the NPPL, Goldman says that he may play with Arsenal but that “nothing is set in stone.”

We also got a chance to catch up with Mike Hinman, coach of Los Angeles Ironmen, who was very candid during our conversaiton.

SocialPb: So what made Mouse alter his decision to join Edmonton Impact? You being his previous coach for several years with Aftermath, did you weigh in on his decision a bit?

[pullquote_right]Mouse wants to play over here and that’s the bottom line.[/pullquote_right]Hinman: Yeah, I mean…We had been contacted by JRab early on a couple of weeks ago about Mouse and him possibly going to Impact. Mouse was to come our direction, just because of our relationship with him, everybody knows him. He’s friends with all of us. It’s almost like Aftermath 2.0, but it’s the Ironmen, you know what I mean? Impact came along, I mean, that dude was offering him a lot of money…Like, A LOT of money. It’s not like all of these dudes want to go to Impact because they wanna go to Canada, it’s because the money is right. For some of these guys, ya know, 18-20 something days out of a week, and out of a year, they’re getting paid $30,000. You know, Mouse talked to us and said, “I really wanna play this, the economy’s bad, people don’t have jobs”…Mouse just got laid off from his job, so it was a lot to think about and I think it’s just a lot of pressure from other people that went to Impact for him to go that direction. And today, we were at practice today, doing what the Ironmen do and that’s play paintball. Mouse reached out to a couple of the guys saying, he’s sitting around the house and can’t ever practice and he called tonight and just asked if he could have a spot on the Ironmen. And for him to leave the amount of money he left on the table, it just shows that he wants to be there playing with his friends. And that amount of money could not make him NOT want to play with his friends.

We picked up three guys for the guys we lost, we weren’t really hunting for players. Obviously Impact has offered [Tim “Raney” Stanczak] the same deal. I mean, Impact is trying to make a relevant team, ya know? And you can put all of this down, I don’t give a shit. You can throw money around all day, but you can’t buy respect. If you’ve gotta offer $30k a player to try to get six dudes, that’s what? $180 Grand a year? I mean, I like Bart and all the guys, don’t get me wrong. But at the end of the day, good luck to them. We were contacted earlier on when they were with Damage. Obviously, with us both being Dye teams, that’s something that, because of the owner (Dave Youngblood), does not want Dye teams poaching each others players, and we did not give much “chase”, if that makes sense. As far as any other players that may have left Damage, we have not contacted anyone. 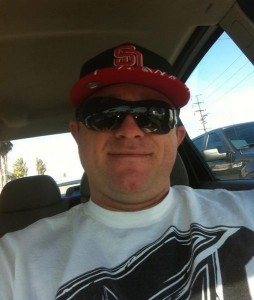 SocialPb: How does the Ironmen plan to use Mouse? As a go-to snake player or elsewhere on the field?

Hinman: Yeah, he’ll be in the snake some. I mean, we had everybody in the snake today, Marcello, Mouse, LJ. I think anybody can play over there. I think many people know, in my system, I don’t give freebies. It’s not like, “I wanna play in the back” and that’s what you get to play. I don’t see us putting Mike Paxson in the snake on the break much, I just don’t think the world is ready for all of that, but beyond that, everybody plays everywhere. Mouse is an explosive player. You see in the professions of a lot of guys and their careers go as we call “ones turn into twos.” They don’t want to play in the front, like Brandon Short did before, he made himself a “two.” Mouse wants to be a “one.” He doesn’t want to be in the back center, he wants to go blow your face off. That’s just how Mouse is. At practice today, we had the extra bunkers on the field, and he was pretty aggressive. We were running through the center of the field, you can play the whole field now. If a field enables us to send guys through, I think you can see Mouse going to the “A”, to the doritos, you can see him going everywhere.

SocialPb: So Mouse approached Ironmen, correct? We’d like to get this straight before there’s any confusion.

Hinman: Nah, I contacted Joey Blute (manager of Tampa Bay Damage) today about it. Have we talked to Dalton? Have we talked to Bobby? Have we talked to all of the guys that were originally Aftermath players? Yeah, we’ve talked to them. But have we made offers, matching or even trying to deal with money like that? No. Dave Youngblood will flat-out, not allow Mike Hinmen to do that, it’s just not gonna happen. Dave has his integrity, and he just will not allow that to happen amongst teams. Mouse wants to play over here and that’s the bottom line. The same with other players like those guys from Dynasty that we used to play with approached. We’re not going to try to make serious offers to dudes like that, that are just shopping. It’s simple as this, you’re going to bleed black and red on this team, and if you don’t, you shouldn’t be on this team. I will categorically deny us approaching other peoples players. Getting Steven Pitts was all Marcello. Marcello called Steven, I thought he was done playing paintball. I thought he was being a weirdo and hiding in his house.

SocialPb: There are rumors circulating saying you guys picked up one more player, is there someone else we don’t know about?

Hinman: I believe, we can say that Danny Parks, which is another ex-Aftermath player, has been picked up.

With the addition of Alex Goldman and Danny Parks, it would seem as though the old Aftermath squad is back in full effect, but under a different name. As you’ll recall, Aftermath was a professional team in the PSP that disbanded at the end of the 2010 season.

How do you feel about Goldman’s decision to leave? Would you choose your friends over a hefty paycheck?