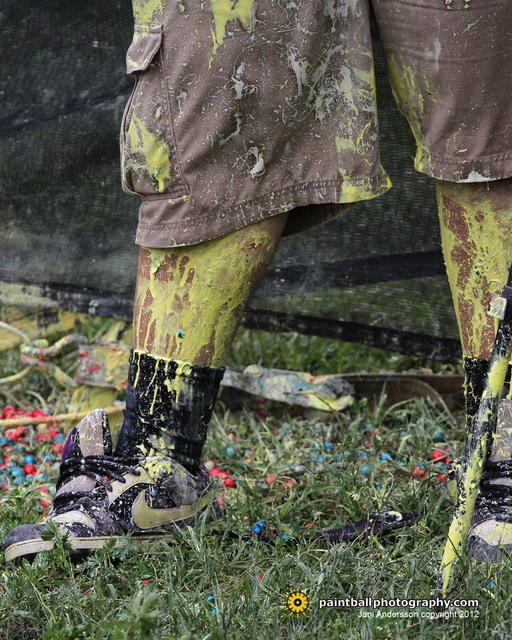 We are almost done.

You’ve always heard and read about the grind that paintball players go through from the divisional level up to the pros. It’s usually accompanied with some inspirational music and leaves you feeling good about getting up to drive to practice the next morning; or gets your blood pumping for the next event. The cliche is true: the paintball lifestyle is an adventure, and through this celebration of “the grind” our sub-culture shows that we pride, and even have a preoccupation, of the process. 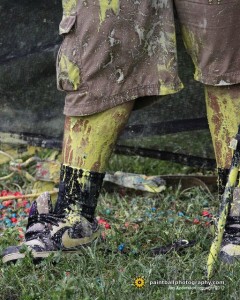 You see this obsession with the process before the game in all sports. While writing this article I saw a Gatorade commercial with new NFL quarterback, Robert Griffin III, flipping a tire, pulling a sled, and doing a myriad of other exercises that depicted his own personal grind — so it’s not just us. But there’s something special about the labor of paintball. Maybe it’s because our community is so tightly nit. Every field has its own microcosm of the “paintball universe” which extends out to state, regional and eventually national play; and because the competition becomes so well known we’re all trying to out do the next guy (or girl). That extra hour of drills after running points and wind sprints before practice becomes that much more important because — in many instances — you can see your competition doing the same thing on the other end of the field. Maybe it’s because there is no real reward at the end of the tunnel. Only stories to last a lifetime and pride are to gain for 98% of the paintball playing population. Or maybe it’s the need to feel that we are a part of something larger and the process that we go through gives meaning to that “something larger.” Personally, I believe it’s a mix of all these things and probably more.

The grind isn’t just for the players though. It’s for all of us. The PSP staff, the photographers, the video editors, the vendors, the paint truck drivers, the webcast personalities, the referees and yes, even the writers. Although, our grind is a little different. For many of us the grind is simply part of a labor of love that has turned into a job, and for even more of us the grind is still a labor of love that we just cant let go. The difference between the the paintball player and the “other” (media, crew etc…) is that the stakes are ten times higher, the criticism is ten times worse and the payout is ten times less. We don’t have crazy stories of how we won a match or how hung over we were when we took the podium. There is no podium for us, except for the one we have in our mind. Most of the time our stories are about how we watched games from 8am-7pm, got dinner around 9pm then started writing, editing, or uploading from 11pm to 2am. Or we reminisce on how many times we got shot in the shins, had to clean a camera lens or had to deal with an irate parent because of a call they felt was faulty. Want to know what the most exciting thing about this season has been for me? It wasn’t going to Chicago and meeting many of the heroes I grew up watching, or having my first article published. It was publishing an article three minutes after the PSP New Jersey Open ended. I remember watching Houston Heat celebrate and I felt like I was in the pits with them because of my own little victory. Also, the grind doesn’t end for us on Monday morning. For many of us the grind ends the day after World Cup and begins again the week after as we have meetings and “strategic planning” events to gear up for the next season. Covering the paintball beat is hard, long, tiring work.

I’m not trying to illustrate that those of us who are not players have it worse off, or work harder than the players. This is not a pity party and you should not feel sorry for us. We have all made a personal choice to be part of this adventure, for whatever reason. I just want to point out that we all have our own personal grind — we’re all in this together.

This has been my first full season covering tournament paintball and it’s been rather insane. We’re almost done and while I am excited for some down time, there are still videos to be edited, fields to be put up, and articles to be written.

See you all at World Cup.