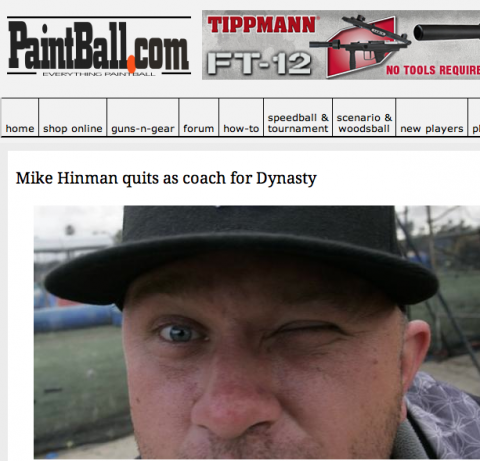 PaintBall.com got word late last night that Coach Mike Hinman has officially quit the team, and rumors on the street have hinted he could be headed to Vicious while others whispering Ironmen, but we know where ever Mike goes he will make an impact on the team, as well the number of times they ascend the podium, with his intelligent and strategic style of paintball.