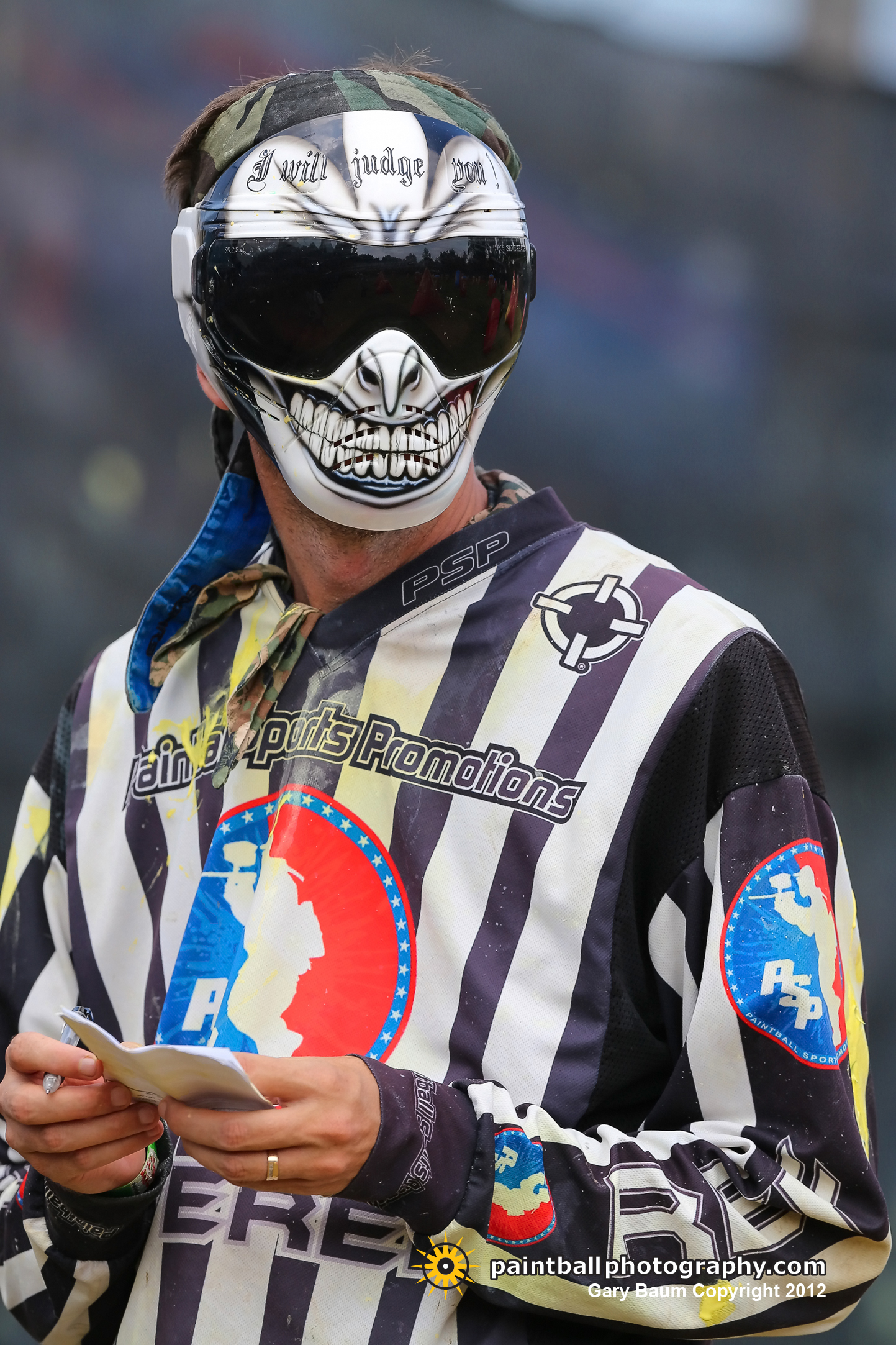 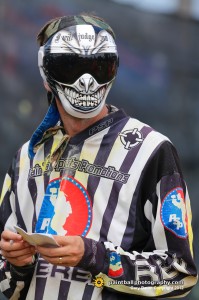 On the whole the PSP does a damn good job with their refereeing crew. Watching the Pro games on Saturday, there were a few questionable calls, but nothing egregious, and certainly a lot of close, tough calls the crew got right. What cannot be ignored however is the single worst rule in paintball that had dire consequences today. Of course I am talking about Rule 5.1.1.4 in the PSP rulebook. The rule states, “A team will score a point of the opposing team in a RaceTo-7 match receives a major or gross penalty in either the final 60 seconds of regulation time or at any time within an overtime point.” The reason I hate this rule and you should too is because it takes the game out of the hands of the players and places it solely in the hands of the referees, and simultaneously yields the most anticlimactic ending to a game imaginable.

Look no further than today’s match between Dynasty and Russian Legion for an example. The score is tied 4-4 with under a minute left to play and Dynasty has Alex Goldman (Dynasty, #3, Front, 31st in Paintball Access Rankings) in the penalty box with a minute and fifteen seconds left on his major penalty — meaning if the match goes into overtime, Goldman will still be in the penalty box for another fifteen seconds. Dynasty needs the win to have any chance at moving on to the quarterfinals. The Russians can guarantee a spot in the Sunday club with a win. Needless to say the stakes are high. With 10 seconds to play, Dynasty is down to two players to the Russians four. Everyone near the Pro field is holding their breath in anticipation of a sprint by the Russians to hang the flag as time expires, perhaps diving through Dynasty guns, or an overtime point if time expires.

Unfortunately no one got to see either of those scenarios played out. Instead Ryan Greenspan was given a major penalty for a hit on the bottom side of his tank — after all anything other than a pack hit is obvious according to the rulebook. A red flag flies in the air, the buzzer blares, a couple errant guns continue as the refs wave their arms and announce that the point and the match are over. The Russians win because Dynasty received a major penalty in the last sixty seconds of play. The audience is surely not proclaiming, “Wow what an exciting turn of events!” They are turning their heads asking, “What the fuck just happened?”

I understand the logic of the rule goes something like this: an incredibly harsh cost for a penalty in the last minute of play or in overtime will lead to players taking less chances with cheating, leading to cleaner points. The problem is that the punishment does not fit the crime. There are times when, in a high-pressure situation, on the run, or mid-dive, a player gets shot and legitimately does not feel it. There are times when a player gets hit on the loader, or while loading a pod, or on the bottom of the tank and legitimately is unaware. For that mistake, which every paintball player has made, the punishment is forfeiting the entire twenty-minute match. Am I crazy for thinking that is a bit harsh?

In this situation we are also assuming that all referees are perfect in assessing major penalties, and all referees are 100% consistent in their calls. I do not need to explain why that assumption is ridiculous. If Dynasty had been playing on the other side of the field who is to say whether the same call gets made by a different referee. Empty speculation is not important. What is important is that the balance of power shifts dramatically from the players to the referees during the points that matter most because of the rule. Referees are obviously necessary in paintball, but no one, player or spectator, wants to see a referee decide the outcome of a game rather than a player.

Is the rule change in the last minute even necessary at all? Let us assume that Greenspan deserved a major, and instead of forfeiting the match, he was sent to the box, and the Russians were not able to capitalize in the last 10 seconds of regulation and the match went into overtime. Dynasty is still playing down two bodies off the break, and, most likely, loses that point anyway. The difference between the two scenarios is that instead of the referees ending the match with one flick of the wrist and one red flag in the air, the players have a chance to determine the outcome and the spectators get to enjoy the drama.

The PSP has been making a very conscious effort to make paintball more viewer-friendly. Never mind the fact that I think the rule is ill-formed in its logic and its practice; it could not be less viewer-friendly. The PSP deprived the spectator of hands down the most dramatic point of the match in favor of watching a flag fly through the air. I have faith in the referees to make the right calls, but for one single solitary call to end a match is nothing less than ludicrous.

PS: When is the head referee going to explain penalties to the scorer’s table and the scorers table relay that information to the spectators? How often do you sit in the grandstands and hear, “Yeah, Infamous got a penalty for something. No one really knows what happened though.” How about instead we get a loud announcement, “Number 14 Greg Siewers assessed a Two Minute Major for Playing on with an Obvious Hit. One minute and forty five seconds remaining on the penalty.”