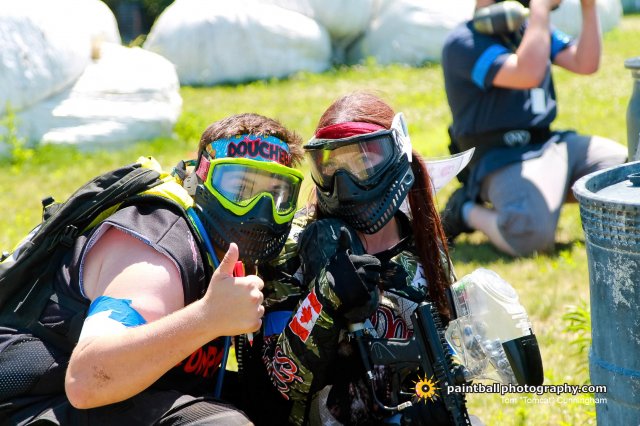 It has been a tough few years for paintball. The current class of young pro players remembers how, five short years ago, Oliver Lang was signing a contract worth six figures, paintball was on both Spike TV and ESPN, PSP’s World Cup was still at Disney World, and the Huntington Beach NPPL event was the epitome of what paintball could be. The big money deals have disappeared, the TV spots utterly vanished, and although Huntington Beach still is the quintessential paintball event, World Cup now takes place in Polk City instead of Orlando, at Fantasy of Flight instead of Disney World. To the players who grew up during the time people on paintball message boards frequently refer to as the “Golden Age of Paintball,” one could easily see this trend as harrowing. The culprit for the trend has been vaguely called “the economy,” which suffered its worst recession since the Great Depression. People generally view recessions as “bad,” because incomes and consequently consumption falls. To the paintball player this leads to beloved fields, stores and manufacturers shutting their doors as their bottom lines become an un-sustainably bloody red. 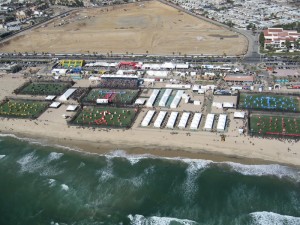 It is easy for the now 20-something year old players who remember Wide World of Sports and that great ESPN show to say (and they often do), “Paintball is dead.” But before you — the player who has persevered — falls into this trap, it is imperative to take a good long look at the glimmering silver lining. Recessions force companies to consolidate, cut costs, and innovate in order to remain competitive and survive. At the cost of no more handouts from sponsors, we get a league in the PSP that has kept its ear to the ground and provides players with what they ask for so as not to lose them. You want to play on grass? No more turf on parking lots. You want to watch paintball? Here is Pat Spohrer (Heroes for a Day, Cereal Killerz) and Matty Marshall for the best paintball broadcast ever. 10.5 balls a second is too slow and 15 balls a second is too fast? 12.5 bps for every division. 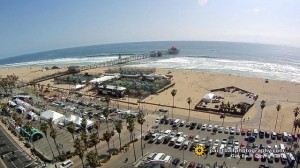 The webcast is the principal example of the continued investment in paintball’s future and that should provide a flicker of hope to the depressed paintball player. Although I do not have access to the numbers, I would be willing to make a substantial wager that the webcast itself is not at all profitable right now for the PSP. Yet Lane Wright and the PSP make the continued investment in what, on paper, looks like a money sink because the webcast has become the premier example of what paintball can be.

And each event it gets better: the replays come faster, the analysis gets deeper, the cameras switch to the action sooner, Matty Marshall’s play by play gets smoother, and new features are introduced. The webcast does not just provide a platform to show off paintball at its best, it gives divisional players a reason to play. Instead of reaching the Division 3 finals and playing on a field in front of empty grandstands, a player can now make a quick post on Facebook or Twitter containing the webcast link and game time, and instantly those players are playing in front of their friends, their family, their teammate with a busted ankle back home, and thousand of other invisible spectators. That possibility of playing on the big stage is what will fill out lower division registration in the future and what will allow the PSP and paintball to continue to grow. The prize money does not matter anymore — it will not even cover the cost of travel for a divisional team — it is now, more than ever, about playing for pride. Winning an event will always make you feel proud, but how about winning an event for thousands of people, including the ones most important to you, to see? 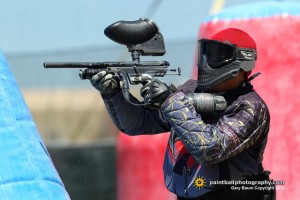 Pump Teams Getting Some Love!

The investment in the players is not limited to the PSP. Another fallacy of the endlessly pessimistic paintball message boards is the idea that the consolidation of competition in paintball manufacturing today will eventually give way to a monopoly. The logic goes something like this: there used to be six or seven major paintball companies, now there’s only three, eventually there will be only one that will rip us all off! This notion is ridiculous. Economies are as Darwinian as paintball teams. The great companies or players that are single minded focused on greatness remain and everyone else fades away. For a player this means constantly innovating your game—better snap shooting, better running and gunning, better communicating—for the company this means innovating your production process and products.

Look no further than the E-Flex for an example. My all-time favorite mask, like many players I grew up playing with, was JT’s proflex. When JT went under and was bought out by KEE I was saddened that the proflex would no longer be manufactured and would slowly disappear from the fields as KEE continued to push E-vents as its mask platform. A few years later, only the elite Archie Montemayor can get away playing on a sponsored team wearing a proflex. KEE recognizes the nostalgia and the demand, and instead of undermining the product they spent years developing, they combine the two leading to the largest buzz for a paintball product I’ve seen since 2007. I ask store-owners: when was the last time you saw something fly off the shelves like the E-flex? Paintball is not dying; its leaders are innovating and investing in the future.

There may be less third party developers in paintball now because the barriers for a new company to enter are now more difficult. This is because the existing companies have become so great at capturing the demand for paintball products.

An an article published by Sun Times Union reports an 8.5% percent annualized rate of decline in the revenue of paintball fields over the past five years. The article states that falling incomes (due to the recession) shrunk the industry, as well as “diminishing interest” in the sport. Although the former point is well-grounded in data, the speculative nature of the latter is highly contentious. With the growing fear of the long term consequences of playing football, the growing boredom with baseball in the 8-18 demographic, and the seemingly exponential popularity of gaming, more specifically shooters, I believe paintball is poised to fill the niche for a sport that is safe, active, and captures and surpasses the thrill of gaming. Paintball is still an expensive sport, but the cost has been falling as manufacturers become more efficient. The combination of falling costs to play and rising future incomes can only help the sport correct its negative growth rate. 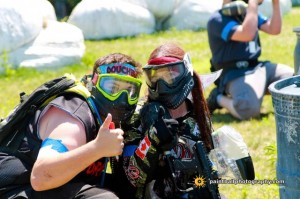 Because of the recession, paintball, like just about every other industry in the world, has shrunk in size. The difficult economic climate has lead to a more competitive marketplace that forces companies to innovate in order to survive. We the players get to experience and appreciate that innovation every time we flip on the webcast, or marvel at the features of a new gun or mask or whatever. Although the growth trend has been downward the past few years, booms and recessions are natural economic cycles. Paintball has persevered through the worse economic conditions in the past half decade and is better off because of it. Paintball is not dying; paintball has survived.