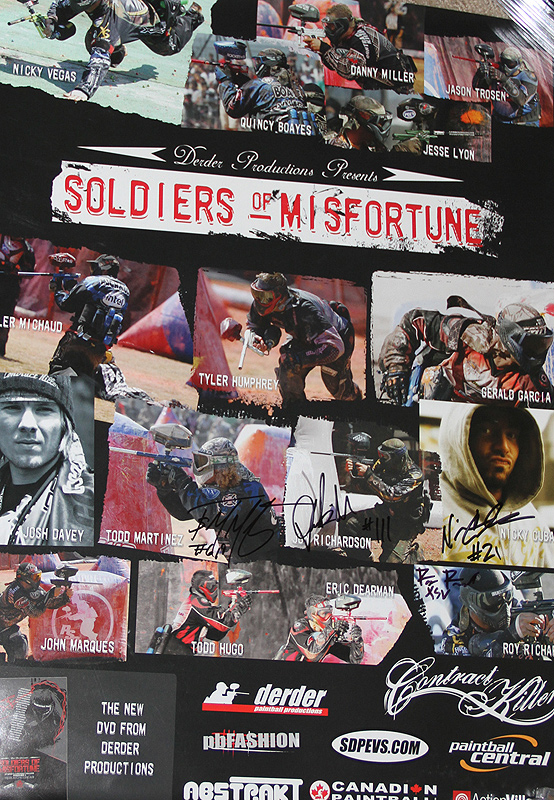 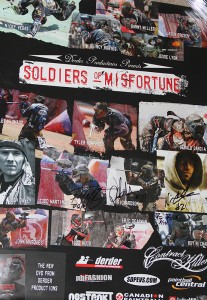 Inside Edition, a popular website and television program that calls itself “America’s Newsmagazine” gave a report last night making a connection between the Aurora, Colorado shooter James Holmes and the sport of paintball. The deranged individual who allegedly murdered twelve people and injured another fifty on Friday July 20th at a screening of The Dark Knight Rises in Aurora, Colorado had a poster for Derder productions DVD Soldiers of Misfortune in his apartment. Inside Edition takes the presence of this poster from a DVD that is six years old and makes the conclusion, “Holmes was a paintball enthusiast.” Ignoring the fact that Soldiers of Misfortune is entirely focused on tournament paintball that is completely devoid of the use of smoke grenades, the report goes on to state the common use of smoke at paintball fields and how they can be easily acquired at paintball stores.

Unfortunately for the people who love paintball, there are plenty of hysterics out there who will ignore the fact that the report completely ignores the inequality of correlation and causation. To maintain a level of journalistic credibility it is important to distinguish between connections and causes. Just because you can connect two things does not mean that one caused the other. William Easterly from the New York Review of Books provides a great example: “There is a high correlation between wearing an expensive suit with cufflinks and being [wealthy], but putting on cufflinks does not make you rich.” Even though a correlation could be made between Holmes and the sport of paintball because of the poster, there is no evidence to support the idea that he got the idea to use smoke grenades from that poster. One did not cause the other, and it is a fallacy to say otherwise.

However regrettably, we live in a society that feeds on hysteria. You will be hearing about Holmes for months to come, and that means you will be hearing about the Soldiers of Misfortune poster by more news outlets than just Inside Edition. There will be mothers who will cancel their 10-year-old son’s paintball birthday parties as a result. As those who will have to defend the honor of paintball in the weeks in months to come, it is important to keep everything in perspective. Paintball is not to blame for Holmes’ behavior, just as The Dark Knight Rises is not to blame. I would argue that if anyone other than James Holmes were to blame for this tragedy its news programs like Inside Edition that feed on cultural panic. Anders Behring Breivik, the Norwegian man who murdered 77 people last year, said that the main motive for his massacre was to market his manifesto. He knew that he would become a household name, if only temporarily, because of the way the worlds news-cycle works. He knew that his manifesto would reach an audience if he killed.

James Holmes, like Breivik, is a disturbed individual who, as I am sure we will learn, had been tracking towards this atrocity for the greater part of his life. Videogames, sports, and movies are not the causes of violence, but healthy outlets to release the aggression that leads to violence1. Talk to a few paintball players, MMA fighters, football players, and first person shooter gamers and that becomes blaringly obvious. When something as terrible as what happened on Friday July 20th occurs and blood is shed and people across the country deal with unexplainable grief and loss, the initial impulse is to point fingers, and those fingers will be pointed in every direction imaginable. It is unfortunate that paintball is one of the parties that will have to put up their hands and say, “hey this is not my fault!” but the important thing to remember is that this will not kill our sport; in fact these reports will have a negligible effect at all. Maybe field attendance will slump for a month, but fortunately or unfortunately, our society has a shockingly short-term memory. This is hardly the first time paintball, videogames and films have been connected to a horrible act of violence, and it certainly will not be the last time. Rest assured that just as a negative report on videogames, or on violent films will not kill either of those markets — take comfort in the fact that The Dark Knight Rises still had the largest non-3D opening weekend gross of all time — and know this report will not kill paintball.