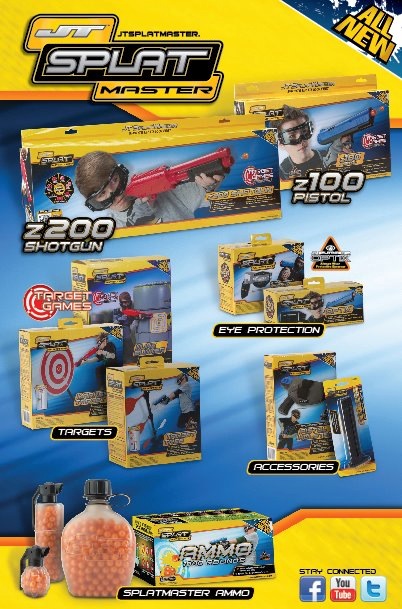 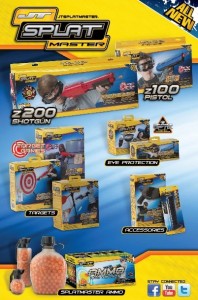 Although we do not have any written information yet, pictures of packaging for a new line of .50 caliber paintball markers and accessories has been released by JT Paintball: the JT Splatmaster. We first heard rumors that .50 caliber products would be making a resurgence at the PSP Chicago event and that a few major paintball fields were in the final testing phases of the products, including CPX Sports which was in the middle of converting several older fields into new playing areas of much smaller dimensions. 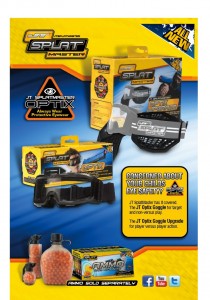 The new line from JT is being marketed as a “gateway” product that will bring players into the sport starting at a lower age due to the low impact quality of the paintballs being used. Paul Dagnio, owner of CPX Sports, made a post on PbNation.com that stated that the paint only creates around 1 Joule worth of energy and that the shell of the paint is the same quality as Ultra Evil which provides for easy breakage. Sean Scott, also of CPX Sports had this to say about the Splatmaster: “We have been playing some games with them for fun. I must admit.. they are a BLAST to play with. Pretty darn accurate to boot. You can also shoot yourself point blank in the hand without leaving a mark. I have done it numerous times just to show people. [Also, a] Low rate of fire equals more fun playing. I think these may be really cool to get people at a younger age to want to play more as they get to the inappropriate age to play based on the insurance.”

You will be able to find these products at your local Walmart and select Pro Shops. Without further ado, the JT Splatmaster!

To find out more, visit: jtsplatmaster.com