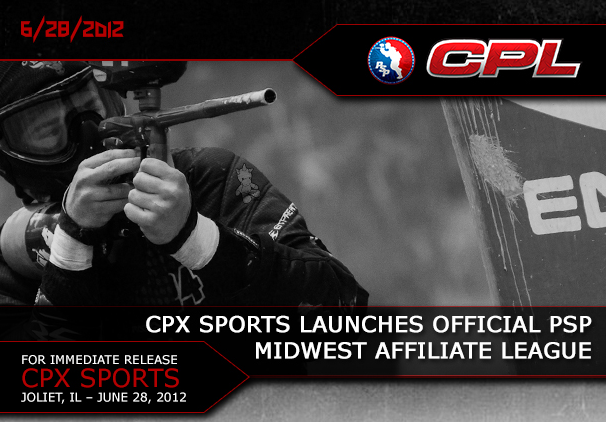 JOLIET, IL – June 28, 2012 – CPX Sports and the PSP have teamed up to further their partnership by forming the Central Paintball League (CPL) to be owned and operated by CPX Sports with backing and support from the PSP. The CPL will be the official PSP affiliate league and have exclusive operating rights to the Midwest. Chris Herring, former President of the Indiana Captains Counsel (ICC) and Dan Voils, former Vice President of the ICC, will produce the CPL tournaments at host fields throughout the Midwest. Empire will provide tournament grade paint and the CPL will bring in ultimate and head referees from pro team Infamous.

The CPL will be limited to 3 events in 2012, starting with a Vicious Series produced event to be held at CPX Sports July 14th & 15th. The second event will be produced by the CPL and be held at Vintage Paintball Park just outside of Minneapolis in River Falls, WI on August 4th & 5th. The final event will be hosted by Paintball Indiana at the Indiana Fairgrounds in Indianapolis, IN in mid October. The CPL will be adding host fields to their 2013 calendar of events. To learn more about the CPL, visit www.cpxsports.com/cpl/. 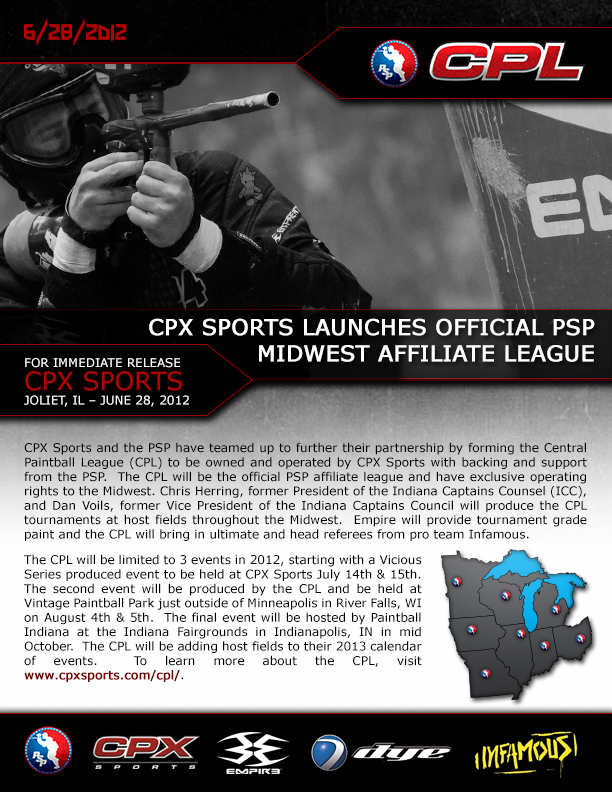