Houston Fizzles, a Dynasty Falls and Infamous Seizes the Crown! 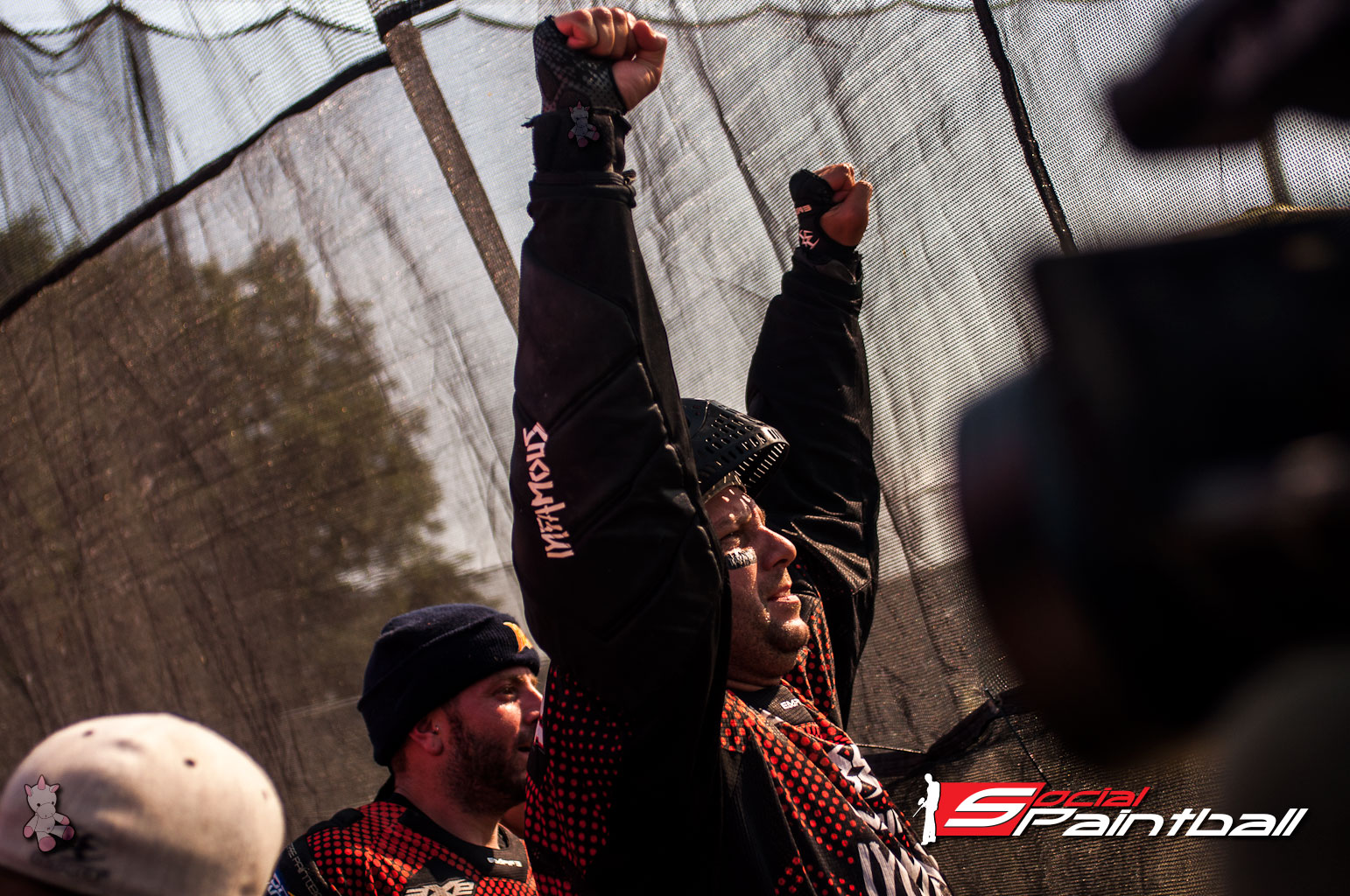 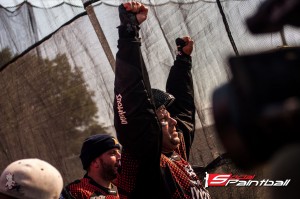 Houston Heat has established itself as one of the premiere paintball teams in North American by taking second place in the 2012 PSP Galveston Open and a first in the 2012 PSP Phoenix Open. During the third event of the year, the Chicago Open, they began with a bang; not losing a point on Friday and only losing several points on Saturday. Coming into Sunday they were the crowd favorite and looked poised to place again. However, Tampa Bay Damage had something to say about it during an early morning match.

The name of the game for Tampa Bay was to confine and limit the movement of Houston, forcing them to run into the Tampa guns, which they did brilliantly. Combine that with one minor and a major assessed during crucial swing points and you have a recipe for disaster. The other key for Tampa’s success was their levelheaded approach to the game. Every time they lost a point you could hear an injured Dave Bains calming the team down in the pits and reassuring them to stick to the plans. It worked. Tampa pulled away in the last two points with spectacular play from Justin Rabackoff; however he did have one interesting moment where he went into the prone position off of the back line shooting toward the opposite end of the field – completely in the open. While unconventional, he eventually got an elimination on a Heat player moving into the first dorito. Nick Slowiak stated that they lost “simply because we played sloppy. We didn’t make smart, crisp moves which has become a staple of Houston Heat paintball. Penalties didnt help.” The final score: 6-5 Tampa Bay Damage.

The next game saw San Diego Dynasty lose to the Los Angeles Ironmen in one of the most exciting matches of the day. Unfortunately we missed the majority of this game and do not feel confident in giving much commentary on it, but from what we heard and saw it was a total slug fest. Both teams were matching each other point for point up until the last second when the game was forced into overtime. The Ironmen took the win, 5-4.

Following that was the Moscow Red Legion, who got the morning “bye”, versus Tampa Bay. This is a classic match up and essentially put Tampa in a position where they had to play two finals matches before they could even think about the real “finals.” The match was notable due to the long points played by both teams and the stellar individual play of Aleksandr Berdnikov of Moscow. In one game he eliminated all five Tampa players, in another pulled a hat-trick of three. The final score was 3-2 which is the lowest scoring game in the Xball/Race 2 era and even featured the second longest point in the Race2 era. It was obvious that neither team wanted to go home and while the play was a bit slow for my taste, the suspense of the moment worked the crowd into a bit of a frenzy at times – especially when Damage won a point. Again, final score: 3-2, which put the Red Legion into the finals match against the winner of the Infamous and Los Angeles Ironmen game.

Simply put, Infamous played out of their minds this event. They were able to easily shut down any attack that Los Angeles was able to mount and racked up a quick four points. However, they still stalled out at the 4-0 mark and allowed the Ironmen to grab a point or two before it was all said and done. Honestly, if the Ironmen would have had more time, they may have been able to create a comeback, but there was not enough time on the clock. But you cannot discredit the work that the Ironmen have done this season. In three events they have played every Sunday which can only be said for a few other teams and up until this weekend was the one team that won all the games that they should have (they took a bad loss to 187 cRew this event). Infamous was able to put this one away with relative ease which would put them against the Moscow Red Legion to play in the finals.

The two teams that met in the finals could not be any different. Moscow is a team that has made a living on consistency, not letting pressure get to them and sticking to their plan at all costs. Their play is often precise, yet methodical like a well oiled machine. Nothing seems to phase them and they trust their abilities 100%. On the other hand, Infamous has been wildly inconsistent – until this event – plays off of the momentum almost entirely and can be heard in the pits a mile away. I watched this match with Byron Woodfork and after the second point he said “look at the difference in the pits. You can hear Infamous yelling and trying to get juiced and then there’s the ‘Legion just pointing out some things and speaking in hushed tones.”

The game plan for Infamous was simple: push the middle with Nicky Cuba, lock down the snake, grab an elimination or two then push the dorito. We have said this all weekend and will continue to. Also, we don’t have the stat, but it seemed that every time Cuba got to the A, Infamous won in a decisive manner. Infamous was down by a point until they tied it with 1:19 seconds to go; all knotted up at 3-3. The next point was relatively unexciting, while Infamous did make a push to close out the game, they were unsuccessful.

We go to overtime!

In a move that could only be described as fate, Infamous coach Todd Martinez decided to put in Brad McCurley who had been struggling on the snake side for the majority of the event – it would end up being the deciding factor in the finals. Almost immediately off the break Nicky Cuba was eliminated from his bunker which was an awful sign for the team, putting them down to five players versus four. I am sure that the guys on the field were completely deflated when they saw him leaving the field. Brad McCurley took a big bite moving from the snake corner to snake one which allowed him to then move into snake fifty and eliminate Jason Wheeler from the 40 temple then pop up over the can to destroy Aleksandr Berdnikov who was moving into the snake and Marcello Margott on the dorito side, making it instantly a four versus one. Absolutely stunning play from McCurley. With that, the last of the Moscow Red Legion was polished off and Infamous hoisted another trophy on their home field at CPX Sports in Chicago. Final score: 4-3, Infamous.