Behind the Scenes of Infamous’ 2012 PSP Chicago Open Win 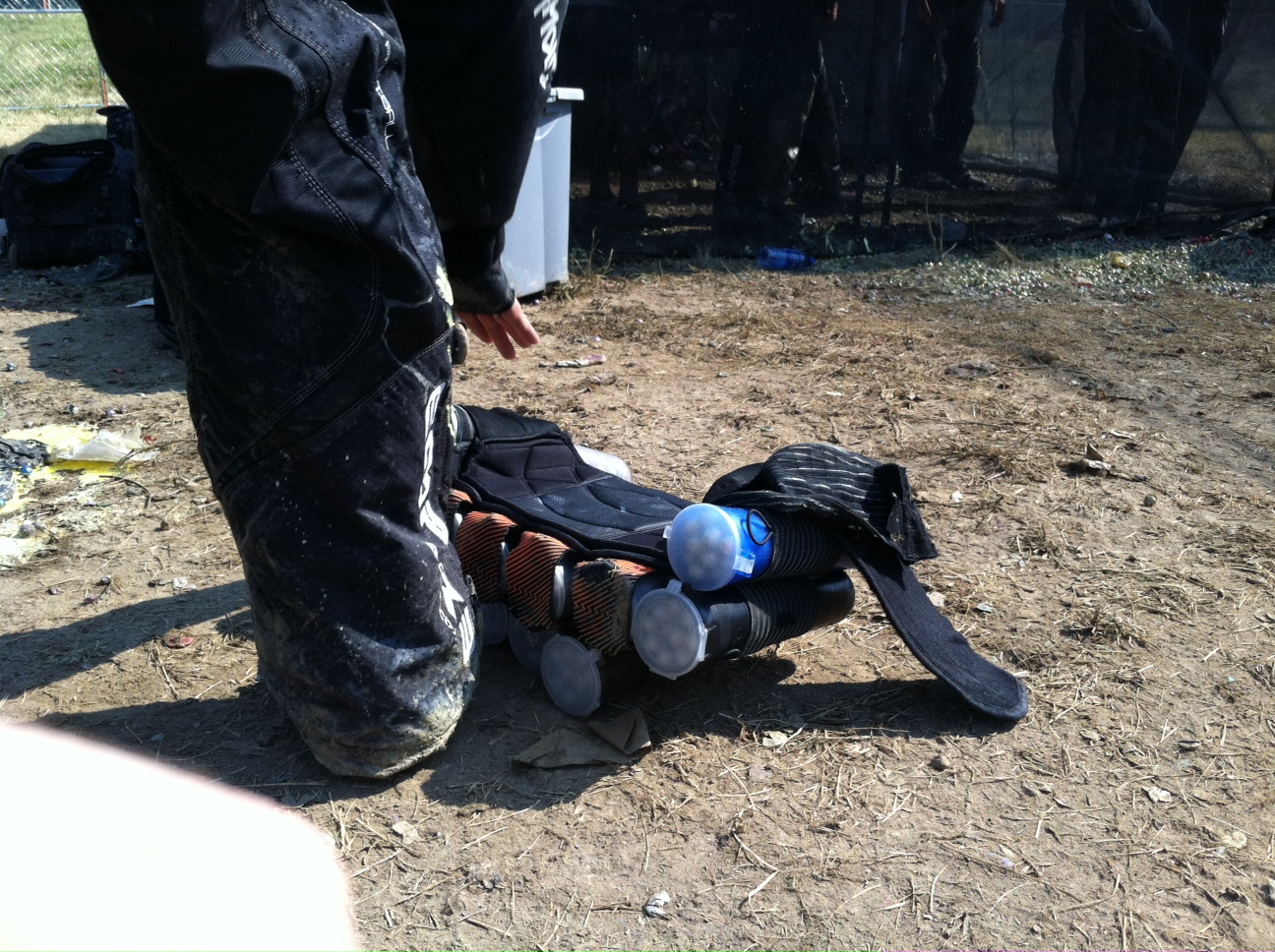 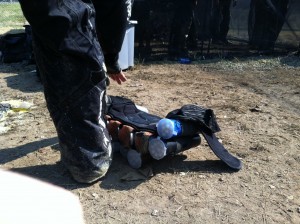 There is a person laying down in the stat booth – I saw her go up earlier.

Travis Lemanski looks at coach Todd Martinez – “Todd, I gotta go,” throws down his pod pack and runs up to the stats booth.

[pullquote_right]”Travis, Travis – She’s passed out and not very responsive. I’m just letting you know so you can tell us what to do.”[/pullquote_right]
One point passes. Todd calls a time out and Lemanski returns. While he was gone Moscow received a major penalty, but still closed out the game in an intense one versus one which looked to be a dagger in the back of Infamous. Travis puts his pod pack back on. The score is 3-2, Moscow. The next point, Infamous wins with 1:32 left on the clock – 3-3, tied up. Yelling from the pit is heard, a gun doesnt work. Lemanski can be heard calming down his team. The crowd is going nuts. Infamous barely gets five players on the board to begin the game. Clock starts, clock runs out – over time. Can these guys really do it? Two events in a row, at home against all odds? The rough riders from Chicago who everybody “knew” would eventually lose focus? Lemanski is living in two places right now – his body moves onto the field to help wipe off team mates and give words of encouragement, but his mind is 20 feet above the field.

Buzzer blows: Cuba gets shot on the break early, which does not bode well for Infamous. He has been an important player for this this event. The point grinds on and the stands fall silent. Everybody knows Infamous can’t out-play the Russians in a slow game. They are too inconsistent. The Chicago event is cursed for Chicago teams. Infamous can’t get the job done.

Infamous gets two quick successive kills – one is a shot that was more than lucky; it was divine intervention. Greg Siewers and several others polish off the final Russian player.

Travis gets a quick team picture and sprints off the field to the waiting ambulance.

I look back and glimpse a short look at the happiest man on earth gazing into space for a brief moment. His body is in a car, but his mind is thousands of miles away balancing between the plains of elation, and extreme concern.

Behind him, an unknowing celebration begins.

I don’t really know how they won it, or why they won it, and does it really matter? It was all a blur because I was engulfed in the humanity and duality of this sport and the people that play it. 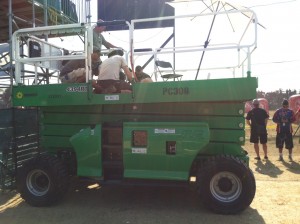 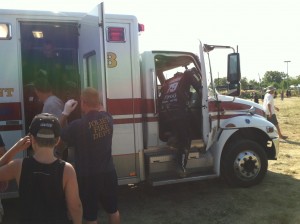