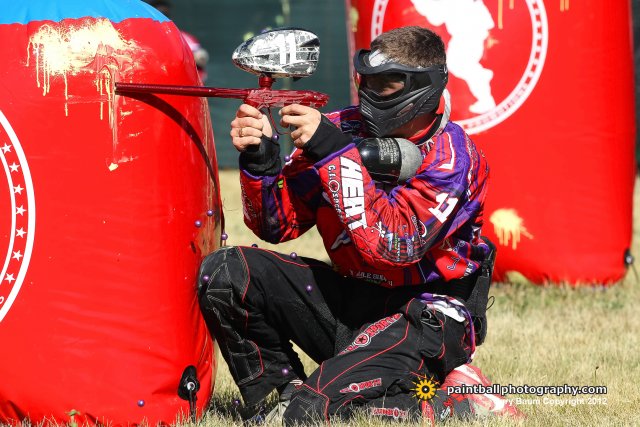 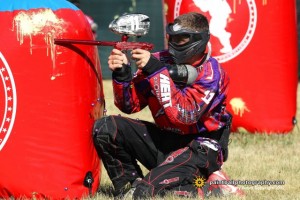 Unfortunately, we missed two matches because we were being given another brilliant tour of the facilities, this time by the PSP and PaintballAccess.com, however here are our thoughts on the Houston heat vs Omaha Vicious match.

Omaha Vicious is a headcase of a paintball team. They are their own worst enemy 100% of the time, except when they are playing paintball is a blind rage. it almost seems like if they go into a match attempting to play slow, hard nose paintball they over-think during the first half, which inevitably leads to a second half mental breakdown and a lack of team play. When they are playing in a completely blind rage they seem unstoppable. I honestly believe that this has to do with them living in their heads too much and not in the moment — something that is ultra important in competitive paintball. As a musician — specifically a conductor — we are trained to be able to live A) in the past. It is important to remember what the game plan is and what the objectives are that you wish to accomplish, B) in the future. You need to be aware of what is about to happen and what you need to do in order to be able to accomplish your objectives, and C) in the moment which allows you to take in and process the information given from the past to be successful in the future. Living in the moment is what allows the legendary players of paintball be able to make those split second decisions that can break open a game. Living in the moment allows a player to transcend the their own teams game-plan and really understand what their team is trying to accomplish, as well as the other team. Omaha has this ability and it shows when they are “on.” The next step for this team is being able to find the “on switch,” all the time.

We saw a very different Houston Heat play against Omaha, and for a good reason. As team owner “Sarge” said in so many words: “It sucks to get beat. It’s even worse when you beat yourself. This game is do or die for us”, and they played like a team who had to make the cut with a lead. They played with a conservative, contain and restrain game plan that resulted a few drawn out points. In the seventh point of the match we say a two versus two take several minutes, with Omaha Vicious making it a one point game with 1:38 left (4-3, Houston). Chad George continues to play out of his mind this season and provided the last elimination during the closing seconds of the match.