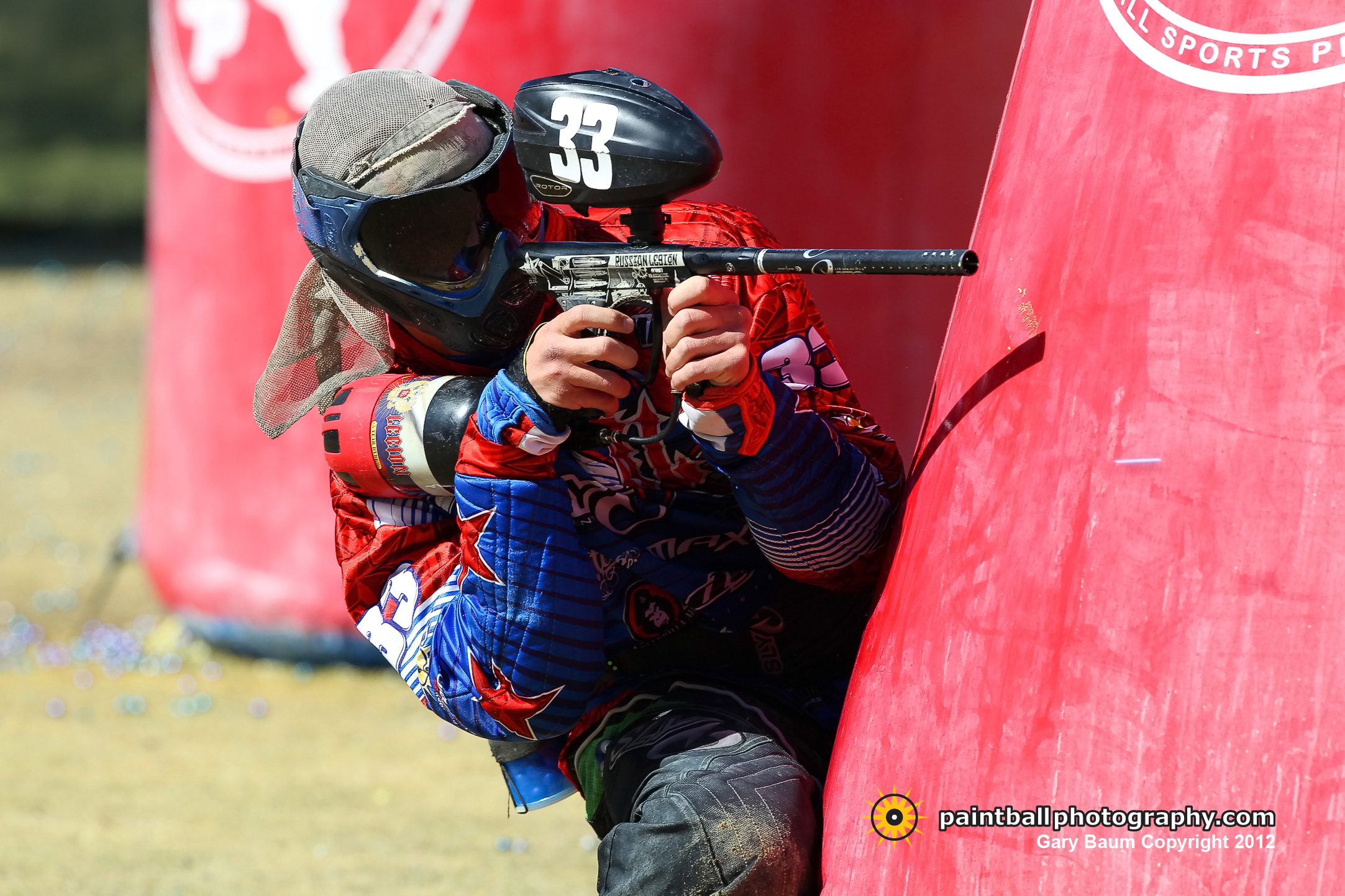 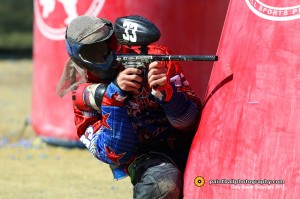 We were up by 1 point with the score 6-5 and under two minutes left to play in the semifinal match. The temperature was 106 degrees Fahrenheit and we were on our 4th consecutive day of tournament paintball. The heat and exhaustion were finally starting to set in as the Ironmen gained momentum. After we had a commanding lead, the Ironmen fought their way back into the game. This was the biggest point of the tournament, at the time, and I knew we had to be smart.

We could have shot people off the break, moved, and been aggressive to win the point, but if we lost bodies and ended up on our heels, it was important to not let them hang that flag with such little time left. As I caught my last breath the horn blew. I ran to the dorito side corner, knowing they would come aggressively, they had to, and I immediately got control of my wire and didn’t stop shooting. We lost a few bodies early which put my mind into defense mode. Just stay alive for 90 seconds and the game is ours. That’s easier said than done, especially as Mike Paxson had been making his way to our side of the field. I just dug deep and realized I needed to play tight and be smart. Time was on our side, it was our game to lose not theirs to win. Fortunately, I made a huge shot on Brandon Short who was playing in the dorito side against me. I shot him in the gun and he tried to play on which gave them a major penalty. If a player gets a major in the last 90 seconds the point automatically goes to the other team. This gave us 7 and allowed us to advance to the finals. This was not how I would of liked to win the game but I’ll take it.

It was a hard fought match by both teams and fortunately we came out with the victory. We were just one step closer to our ultimate goal which was to be the first place champions of the Phoenix Open. Now it was our turn to wait. We would play the winner of the X-Factor and Houston Heat game so we decided to head back to our hotels to cool off and rest. It had been a tough day so far with both of our games being very hard fought battles. Infamous gave us a great match earlier that morning and the Ironmen gave us all we could handle. If it weren’t for minor rookie mistakes on their part I must say they probably would have won the game. Fortunately we took the victory and were heading to the finals. 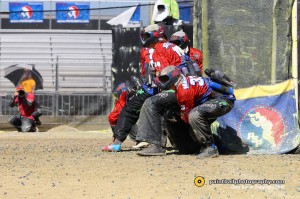 Back at the hotel we watched the X-factor vs Houston Heat game on the webcast; point by point. We knew no matter what team we would play it would be a very tough game for us as both teams were playing outstanding paintball. They were shooting people off the break, continuously making game opening moves, and doing everything necessary to win. At this point, it didn’t matter who won to us, we knew we would be getting the same competition either way because both teams were playing outstanding. This may have been one of the best semi finals matches I have watched as Sam Monville and Federov had a clutch play to beat the clock that bring the game into over time where Houston Heat basically dominated X-factor. There it was, we then knew who we would be facing for the final fight. Houston Heat had already beat us twice this season, once in Galveston and once in the prelims for Phoenix. I felt it was our time for redemption and knew if we played together and had confidence we would control the outcome of the match.

As we made our way back to the field I had this overwhelming feeling of happiness. It had been over a year since I was in the position to win a paintball tournament and after only our first full event together we were in the finals. The gold medal was in striking distance. I knew it would take every last bit of energy, focus, heart, and talent we had to win this match because that’s just what it takes to win at the pro level. There’s no room for even the smallest mistakes, especially in a race to 7. It’s easy to catch yourself looking back and realizing you only lost a match because of 1 or 2 small mental errors. Either way, I was focused and so was the rest of our team. It was time to win our first event together as a team.

Unfortunately, as the match went on, Houston Heat just simply outplayed us. We were beat and it was a much deserved win for them. They had a full weekend of consistent smart paintball and, in the end, they made the least amount of mistakes. I don’t think you should ever be okay with losing. If you’re not sad, upset, torn, or emotionally dissatisfied when you lose then I don’t feel you have what it takes to be a top level competitor but there’s a right and wrong way to deal with it. I was angry, sad, and felt like we let ourselves down but I kept my head up. I had the worst feeling in my stomach. We had worked so hard and were so close just to get a measly second place. I really wanted to prove to ourselves and everyone else that we were the best. I realized it was okay though.

We had accomplished so much already as a new team that is supposedly in the “rebuilding” phase. We need to take what we did best from this event and move forward with that, remembering not to make the same or similar mistakes twice. The only thing there is to do now is remember the feeling of losing and use it as motivation to work harder, practice more, and not let a victory slip away from us again. I am very confident that we will be back in that position this year where we have the chance to be the champions. Until then, I will be doing everything I can to improve myself as a player who will help my team reach our ultimate goal of being the best. See you guys in Chicago.