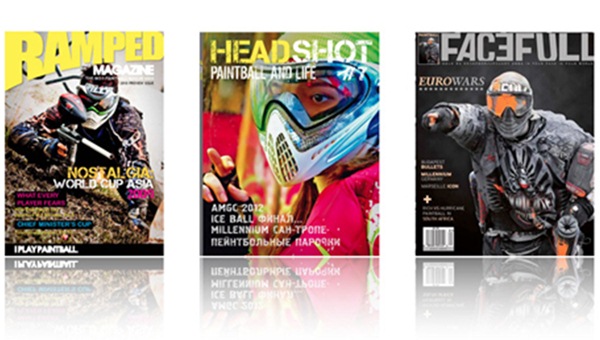 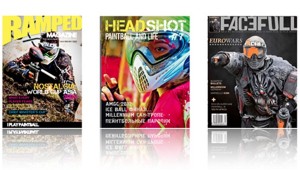 Social Paintball has just received word that Russian based HEADSHOT Paintball and Life magazine, Malaysian run Ramped and the French publication Facefull magazine are combining forces to provide readers from across the globe with unparalleled coverage. Below is a collective statement from the editors:

For Immediate Release:
Paris, June 1, 2012—Facefull, the leading international paintball magazine and website, has just announced a new alliance with two of the best regional media outlets: Headshot magazine, which caters to Russian and CIS paintball players, and Ramped magazine, which covers the entire Pacific Rim.

“The past two years have been quite tough for paintball media, both print and online. But brands and players have never needed dedicated media as much as they do now,” says Romain Manière, editor-in-chief of Facefull magazine. The three magazines will not only share exclusive content, that will be translated in the case of Headshot, but will also offer paintball brands specific pricing for ads placed in all three magazines and on their respective websites.

“We believe that combining the three audiences will not only make our pricing even more competitive, but will push certain brands to help support the paintball market overseas. The sport’s fastest growth rate is no longer in North America and Western Europe – the Asian market has boomed tremendously in recent years. This will be good for both branding and finding new distributors in specific countries,” adds Amber Wong, editor-in-chief of Asia’s Ramped Magazine.

Headshot has helped back the fast-developing Eastern European market, which currently has some of the most active milsim and speedball players, with a host of leagues and tournaments that are specific to the region. “We’ve always loved Facefull, and the fact that players who do not read English will have access to some of its exclusive content will be a major boost to our readership, that has already grown steadily in the last two years,” concludes Stanislav Osipov, Headshot’s editor-in-chief.

New ad pricing will be unveiled in June, and the first shared content and ad placements will go live over the summer. “Everything in this market points to a much needed consolidation of the media landscape, especially from an international point of view. We are proud to set the wheels in motion, and look forward to extended partnerships with other regional online and print paintball media outlets,” concludes Manière.

Ramped
Based in Malaysia, Ramped magazine is the first and only print magazine in the Asian region to focus exclusively on the paintball industry. Its insightful articles, striking photography and focus on regional tournaments and players keeps it fresh, exciting, and relevant to Asian readers.
www.rampedmagazine.com

Facefull
The first worldwide paintball magazine is now 10 years old. Through unmatched photography and exclusive interviews, it has always set itself apart from the rest of paintball media. Though currently a quarterly publication, its website and social media presence still make it the uncontested leader today.
www.face-full.com