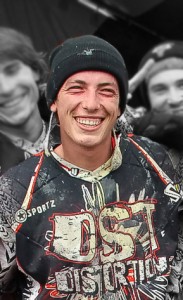 The season of 2011 gave way to plenty of talented divisional teams that looked to make a name for themselves on a national level. One of the most notable teams was a hungry group of guys from the midwest, team Distortion; who plowed their way through the PSP – Division 2 circuit, earning their place on the thrown and becoming World Cup Champions. Coming from a successful 2011 season (placing 4th at the Chicago Open, 3rd at Jersey & 1st at World Cup) things were looking very promising for this young team as they looked to take their talents to the next level, announcing that they would play Division 1 paintball for the 2012 season.

In the off season of 2011, owner of team Distortion, Randy “Sarge” Smith, decided to venture out and create a top tier professional team – Houston Heat, to compete in the PSP – Professional division. Recognizing the talent his divisional team possessed, Randy chose three starters from Distortion to play for Houston Heat: Ronnie Dizon, Ryan Smith, and Jon “LJ” Woodley. With three of Distortions core players absent, the possibility of another divisional team crumbling at the foot of a professional team, as a result of picking off its key players, seemed imminent. Fortunately, the team decided to stick together and take on the competition that awaits them at the Division 1 competitive level.

We got in contact with Klodian Mitri, the new captain of team Distortion and asked him a few questions about his outlook on the 2012 season.

SocialPb: After playing your first Division 1 tournament in Galveston, how do you feel Distortion matches up against the competition this year?

Klodian: Man, Texas was a rough event. We were so excited and proud of how well this team had done thus far and we felt like D1 was the next step for us to showcase how strong and fluid of a team that we can continue to be. D1 is going to be a grind all year. Some of the best teams are going point for point till the buzzer rings. After playing teams like Static, Top Gun, and Fuzion and having some close games, we feel that we will be able to be prove ourselves soon enough.

SocialPb: Coming off of a successful 2011 season, fans held high expectations for team Distortion. Unfortunately, you guys did not play to your potential at the season opener in Galveston. Give us a synopsis of what happened.

Klodian: The first event is always a rough one for Midwest teams. We had trouble setting up full xball practices or even finding an indoor field suitable for practicing the layout. Hard work will always trump talent, but it was hard to be able to put the time in.

SocialPb: Your coach, Randy Smith, owns three highly renowned teams in paintball – Distortion, Houston Heat & Windsor Lockdown. What’s it like playing under such a dominant name in the sport?

Klodian: Randy Smith has definitely revolutionized paintball. Coming to the Midwest and offering those 10 young and hungry kids the chance to do what they love is one of the best things that could have happened to the sport. He offered us his home and his support and pushed us to be the best players that we can be and that is why all of those three teams mentioned are some of the best teams in their respectable divisions.

SocialPb: Distortion lost 3 of its core players – Ronnie Dizon, John Woodley & Ryan Smith. Do you think their absence will limit the possibility of team Distortion repeating a win at World Cup this year?

Klodian: A lot of people thought that would be the end of Distortion. I mean losing three of your starters will always hurt, but what everyone doesn’t know is that our whole team has the talent and the drive to be the best. Yes, we did need to make adjustments because as you get higher in the divisions you learn really fast that paintball is a team sport, not an individual entity. Teamwork makes the dream work, and this is one hell of a team. 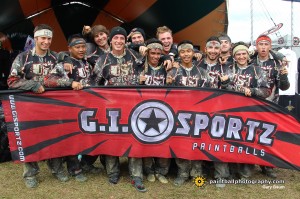 SocialPb: We’ve watched team Distortion climb up the ranks from competing in Division 3 – 5-Man, to playing D1 X-Ball. Will Distortion look to eventually make a push toward the Professional ranks as a team? Has Randy hinted that he wants the entire team to make the bump to Pro some day?

Klodian: That is everyone’s dream. One step at a time–right now we aim to be a number one team again by World Cup. We love winning, but we hate losing more.

SocialPb: For the most part, this team has stuck together throughout the years. What would you say is the basis of keeping a growing team together?

Klodian: A big part of any team is friendship. Distortion is just that. And we all share the same dream to one day, not only be professional players, but to earn that professional spot.

SocialPb: After losing a few players to Houston Heat, Distortion obviously had to replace them. Who are the newest players on the roster and provide us with a bit of background information on them and how they came to be a member of Team Distortion.

Klodian: The newest players on the roster are Aidan Murphy, Mike Kerr, and Ryan Dowling. Aidan Murphy is a long time friend and has played with many of the players back on GSE when they were D1. Mike Kerr is an up and coming player whom we saw a lot of untapped potential as a young player coming out of the Midwest. Ryan Dowling is from Toronto, Canada and has played CXBL with Toronto Rage for numerous years and played an event with GSE, 2 years ago Chicago PSP.

SocialPb: What steps will Distortion take to make sure the team comes out strong for the next event?

Klodian: We’ve been having some awesome practices with Infamous and we put in a lot of work together as a team to become more fluid. We took off playing Phoenix because our whole team is composed of college students and could not afford to take off that weekend, especially with four graduating in May. However, we put more time on the field drilling and scrimmaging to get ready for NPPL Chicago and PSP Chicago. Empire and CPX are helping us a lot and are putting a lot of faith in us. We hope that we can prove ourselves to them and our fans and soon enough rise back to the top with the best teams in D1.

Klodian: As a team, we have a lot of confidence in each other. We are more than willing to put in the blood and sweat that it takes to be a number one team. The sky is the limit…it just comes down to how bad we want it this season.