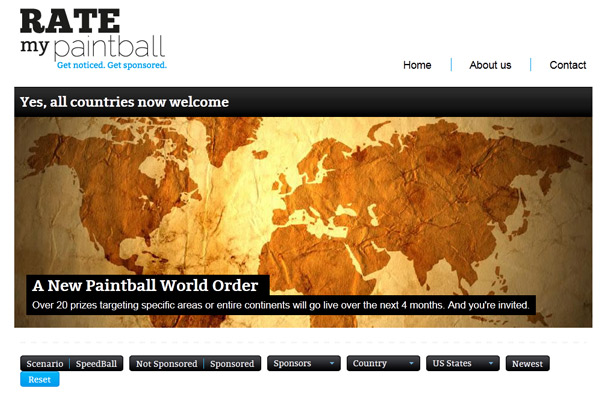 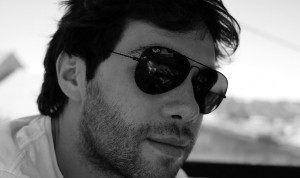 Stephane Salema, co-founder of RateMyPaintball.com sits down with Social Paintball for his first exclusive interview. The website launched to the world last week.

SocialPb: How are you feeling?
Stephane: Pretty good, we really didn’t expect the site to grow this fast. But the strategy of testing it in Beta for two months worked well.

SocialPb: Where was it tested?
Stephane: The website was actually launched in South Africa, it’s a closed market with about 40 teams. Over half registered on the site. And that was at a time when there were no prizes, they really believed in the project from the start. We then moved to Australia and New Zealand where the community there was extremely supportive as well.

SocialPb: How do you explain that?
Stephane: The site’s promise, let’s be clear, is to bring together a community. That’s all we want, and that’s all we promise. It was born out of frustration of having very little visibility on how many teams play in various parts of the world. It’s a one-stop-shop to see who’s getting traction in Brazil, or what the current scenario market is like in Portugal. It’s basically a global index of teams—scenario and milsim. And it won’t happen overnight. But nor should it. 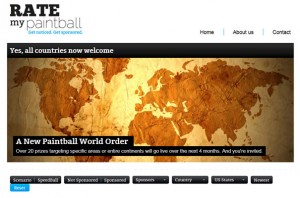 SocialPb: Why the voting?
Stephane: We needed two things to get teams to join. We know that their time is very precious, especially today when you’re bombarded with information. So we needed to give something back in exchange for their time. The voting system is there to make it fun for players: you can rate your own team, but mostly others you regularly play against or go watch at local tournaments or Big Games. We also know that 70% of the paintball market is not visible to sponsors, and to other players. That’s where we got the idea of having prizes for the most popular teams. It’s a win-win for both brands and players. Brands get access to teams in different parts of the world—all the while promoting their products to the entire community—and players who get traction and visibility get gear in return.

SocialPb: What kind of prizes?
Stephane: Well Empire was the first to jump on board, and we’re very grateful. We specifically asked them to give a prize to South Africa, because that country helped us test it out. The British company Enola Gaye is currently offering to fit an entire scenario team in the US for their official launch in the country. We currently have 6 prizes for various parts of the world and will have some 20 prizes over the next four months. What’s insane is that we already have a waiting list, we don’t want too many prizes at once. There will be something for everybody, no matter where they live. In fact, Spyder is currently offering 7 markers to the top worldwide non-sponsored speedball team, that’s a huge prize. No matter where you play, you could win this.

SocialPb: Does this mean that you’re not interested in pro teams?
Stephane: On the contrary, we love them. As a matter of fact, Russian Legion and SF Explicit registered last week and we’ve talked to them: they understand how good this site is for the sport. They even vote for lower-division teams with the most promise. It’s great to get support from established teams who, for the most part, are already sponsored. But by uploading their profile, they show that they’re part of the same community as a tiny team you’ve never heard of that plays in Ecuador. That’s the type of community that makes paintball truly unique. And that’s what we want to nurture.

SocialPb: How does the ranking work?
Stephane: We’ve tested seven algorithms before we settled on this one. We wanted something very simple and which makes the entire site one of the easiest to navigate. We didn’t want excessive logins, but didn’t want teams to repeatedly give themselves five stars. Our system strikes a balance between the two. So you have to measure both the rating stars and the number of votes. Actually, it’s quite fun for teams, because they all get their 15 minutes of fame on the first page for the first 3-4 votes. But soon enough, the crowd takes over…

SocialPb: How accurate is it?
Stephane: Let’s face it, it’s a popularity contest. We believe that over time, maybe within a year, as more people get on the site, the global and national ranking will give an accurate picture with the better teams on top, but we’re not here to supersede league rankings—we wouldn’t dream of it. Leagues do a great job of displaying the best teams in a precise location, and it’s often the same ones. In fact, the new PSP ranking and statistics website is a great move for making the sport more professional. We really admire what they’ve done. But it’s a closed system. We’re in the business of opening things up. The internet has given us this incredible ability to connect to one another, no matter what part of the world we live in, what type of paintball we like, or what league we play in—let’s take that to its logical conclusion.

SocialPb: You have already partnered with leagues, though.
Stephane: We’re not turning down a single league. We understand that leagues have to compete with one another, and competition is good for business. But we also understand that in small countries, that can put unnecessary stress on an already fragile sport. That’s why we’re supporting all leagues everywhere, and we’re receiving logos from countries we didn’t even know existed. But for this site, we’d like paintball teams to think country first.

SocialPb: How are you promoting this site?
Stephane: A large part of it is word of mouth, or word of Facebook… The site is extremely social, meaning that once you upload your team, you link it to your profile, and the ball gets rolling. But our partners are lending a hand, we have industry insiders helping us, leagues, and of course, the players themselves. You’re part of it too. We really wanted Social Paintball to help, because your site is currently one of the most popular paintball websites in the States. We also like what you’ve done with the videos, and the user-generated content. You were doing crowdsourcing long before us, so we feel like you’re a genuine partner. We’re also working with local paintball media like Ramped (Asia) or Headshot (Russia). We’d like to get APG on board, and especially Facefull, because they have a strong international presence.

SocialPb: How will you measure success?
Stephane: The fact that we’re being interviewed by Social Paintball means we’re already successful. I’m only partly kidding. Incoming data from the site has already blown our KPIs to smithereens. Players seem to genuinely like the site, and brands see the tremendous potential for growing the sport. You have to remember that when you ask your friends to vote for your team, they might not all be paintball players. Yet.

To submit your team, visit: http://www.ratemypaintball.com