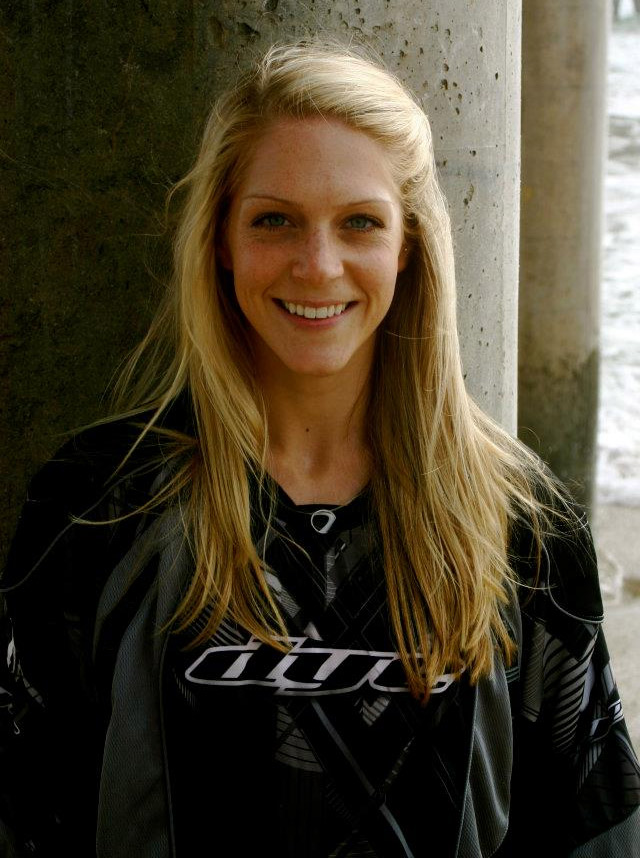 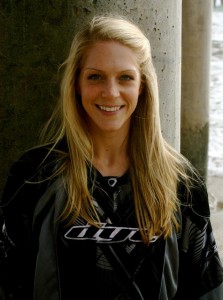 Kat Secor, one of the original beauties of paintball, has been on a hiatus the last few years, but she is back in action for the 2012 season with all-female team, Destiny! We are fortunate and grateful to Ms. Secor for taking a few minutes out of her life to sit down and speak with Social Paintball’s Lawrence Abernathy to catch up and see what is next in her paintball career.

Social Paintball: Well, it has been a while since we have seen you on the paintball field. How has life been and how does it feel to get back onto the field?!

Kat Secor: Yes, before Huntington Beach this past March it had been four years since I had touched a paintball gun or been on a paintball field. To be honest I never thought I would be playing again. Life is amazing. I own a tanning salon in southern California and am coming up to my five year anniversary this November! Paintball could not have come back into my life at a better time. I am fortunate enough to have a fantastic staff and business is doing great which allows me to travel and dedicate more time to this awesome sport.

There is a big difference in how I feel on the field this time around. My goal is to have fun, enjoy myself, and not take paintball so seriously. I am a playing better, with more confidence, and am much happier with this new outlook. I think too many people take paintball too seriously and they lose the joy that it can give them. I believe many players would be BETTER players if they were not so stressed out about winning or being “the best.”

Social Paintball: I tend to agree; while there definitely is a place for the ultra-competitive mindset, the game should be based around having fun – first and foremost. Tell us about the current team your playing with. Is this the same group of girls we all grew up watching on Destiny?

Kat Secor: I am part of Team Destiny, coached by Bea Youngs. Bea brought Destiny back this year as an all-girls team, but comprised of quite a few new faces. A few familiar faces from Destiny prior to 2012 are Katie Kelley, Brittney Wagner and Jackie Lon to name a few. We are all located in different places around the US so it is our responsibility to practice locally before meeting up as a team at events. My teammate Katie Kelley and I will also be playing with Team Poison Ivy from Norway this June at the London Millennium Event. We had the opportunity to guest with them this past March at the Huntington Beach NPPL. They are a great group of girls with a lot of passion for the sport!

Social Paintball: How hard has it been, as a female in a male dominated sport? Have you ever faced any form of judgment because of the game? Also, I saw that you’re into some hard core fitness stuff: for paintball, what’s the most important part of the game from that standpoint and do you do anything specific to work that out? 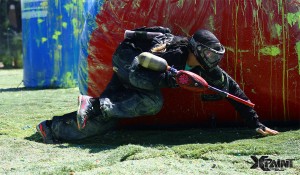 Kat Secor: Honestly, it can be difficult to gain respect in this male dominant sport. Many times you are looked at as a novelty and not taken seriously because you are a girl. So more pressure is put on you to prove yourself and your competency.

I work hard on strength training, cardiovascular conditioning, as well as a healthy diet. Performance and athletic ability in this sport can be greatly impacted by ones personal fitness. I believe more women could compete at a higher level in this sport if they dedicated themselves to increasing their strength, speed, and endurance through a regular workout regimen. I would say the most important things for women (or any player in general) to focus on is upper body strength, core strength and explosive lower body power. To name a few exercises that most people can do at home would be: push ups, pull ups, plank, sit-ups, squats, lunges, and burpees.

Social Paintball: Thanks for decoding, that was awkward to verbalize. Anyway, so what would be the number one thing you would tell a new potential female player who may be interested in playing?

Kat Secor: The number one thing I would tell a new potential female player is to start playing with people who are at a similar skill level as yourself. Find a field that separates games into beginner, intermediate, and advanced. I believe more women would have a positive first experience and continue playing if their first experience was less intimidating and on a more level playing field.

Social Paintball: Agreed, wholeheartedly. Be honest, have you ever been on a date and when you get in the car the guy says “we are going to play paintball!” if so, how long did that relationship last?!

Kat Secor: As of yet, that has not happened! It would be pretty funny if it did!

Kat Secor: I want to give a shout out to Bea Youngs, she is an incredible mentor to me and is such an amazing woman. Katie Kelly for being one of my biggest support systems on and off the field (plus a bad ass player!). A big thank you to everyone who has ever supported me in paintball and to all of those people who continue to do so since I have been back. Also, thank you to Dye Paintball for sponsoring Destiny this season, the tactical gear rocks! Destiny has BIG plans for the future, so make sure to join Destiny Army at www.facebook.com/DestinyPaintball and follow me on facebook at www.facebook.com/KatSecor!

Social Paintball: Thanks for taking the time to chat with us Kat. I know we have all missed seeing Destiny on the field the past few years and are looking forward to what is to come from you and the organization! I urge all of our readers to keep up with Kat and Destiny on the links provided, and also to stay tuned as we bring you the best news, articles, interviews and analysis in paintball.

Also, thanks to Michael Garijo of XPAINT Magazine for the brilliant images!