A New Model for a Paintball Community 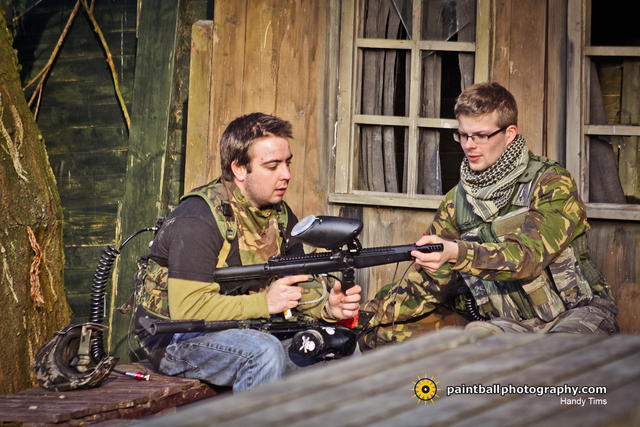 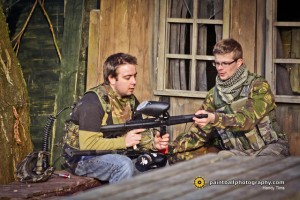 There is a growing systemic problem in the paintball community which I feel needs to be addressed: the education and retention of new players. At the present moment too many players lack the fundamental skills of playing; necessary knowledge base to be truly competent paintball players; and lack an organization that would allow them to further their paintball “education.” The lack of this community ultimately leads to burnout, thousands of lost dollars and less players in the sport, which is the reason I am calling on paintball players of all areas to rethink the way they organize themselves. The era of having hundreds of teams at local events (ala CFOA 2004-2006) is gone and for the sport to continue to thrive I feel that paintball teams, shops, and fields should consider moving to a less traditional “club” model, similar to the American whitewater kayaking and rafting community.

Paintball is one of the few sports that is designed to push players out from the moment they buy their own gear, which often happens in the wrong order, too early in the development of a player. I realize that selling gear is what drives a lot of the sport, but by pushing gear onto new players we are setting them up for failure from the beginning because of a lack of educational structure. Consider: the first exposure that a potential paddler may have is usually in the form of going rafting with a church group, birthday party or group of friends wanting to try something new. Sounds familiar right? They have a great time, saw some guys doing neat tricks on their kayaks and want a piece of the action! However, what the newbie paddler has on their side, that paintball lacks, is an extensive network of whitewater and paddling clubs that are run by the local gear shops and experienced paddlers but are joined by almost every paddler in an area because of the wealth of knowledge and support they provide. These clubs organize trips of varying skill levels; hold basic clinics that cover every area from “how to buy your first kayak” to “level V whitewater;” promote the kayaking industry in their local town and at their local run; and often have demo days which are strictly showing newbies how to get into the sport.

Why is it that there is are no organizations dedicated to promoting paintball safety so that worried parents can come to a meeting and get a feel of what Little Herp and Derpina will be doing on Saturday for their birthday; basic gun and gear maintenance; how to properly adjust velocity and gun settings; and on a more advance level: how to “tree walk,” “snap shooting 101” or even just watching the latest Social Paintball video together just for the fun of it? Why does the paintball community feel that it is okay to let a player step on the field with a new high end marker and expect to compete with players who have been playing for several years? Imagine how much more fun a player would have if they knew before they even touched the field what snap shooting was; how to slide into a bunker correctly or even how to hold a marker! No wonder the average lifespan of a paintball player is sub 2 years – there is nobody teaching new players fundamentals and everyone seems to be okay with letting new players get way over their heads, way too quickly. In the whitewater community there is a bit of a catch-all that prevents new paddlers from hitting class V whitewater their first time out: the fear of possible, if not probably, death. Luckily for us, we do not have that. However that does not mean that we should let D6 Johnny Derp practice with a bunch of D2, heck, even D4 players his first time out even if he thinks he knows what he is doing because he read several threads on Pbnation. The probability of him not returning is exponentially heightened if he feels completely overwhelmed, without any guidance.

Perhaps a better analogy to paintball would be: when a young kid is beginning to play organized sports, does the coach run scrimmages from day one, or do they drill for several practices and learn the game? An even more accurate analogy may come from golf. A wise man once told me “Don’t ever play golf on a golf course for the first time. Go to a driving range and learn how to hit the ball first.” The same holds true for skiing and snowboarding: how many people go buy all new snowboard gear after their first time out and hit the mega-pipe the next weekend? It just doesn’t happen; but in paintball, it does.

I am not just talking competitive paintball either: recreational players should continue their education of proper technique and skills, all it will do is create a better time for them which will eventually lead to player retention. Also, having a community like this may also have the possibility to break the barriers of “speedballers” and “woodsballers” as this is still an issue at-large in the paintball community. In kayaking there are people who specialize in play-yaking and river running – however virtually all of them can seamlessly go from one style to the other because at the end of the day it’s still paddling and the same fundamental skills are used.

Field and store owners: think about how much easier it would be to retain players with a system like this in your city. Right now the money making market is the birthday parties and such, but what if you could retain those players and turn them from once a year rental players to gear buying, (at your store) monthly players. In my opinion, that should be the goal of every field and store and every player has the ability to make this a reality.

On a more tournament-specific level there is the creation of a new set of divisions which allow new, and old players to compete in a friendly environment. Right now there is a debate on the use of APPA on the local and regional level. The fact is: the current ranking system pushes players up, and out, and that there is a large portion of the paintball world that considers themselves mostly hobbyist which do not have the time or money (or care) to become professional players. On a recent webcast I heard Matty Marshall say something to effect of “the reason why we all play is to have the chance to go pro.” That is just not true anymore. Maybe in the early to mid 2000’s when there was a huge influx of new, young players who were willing to throw themselves into the fire blindly; but now those young teens are young adults who have other priorities, but still want to compete. There is also the issue of the guys who got out of the game because they were supporting the young guns in order to win, but got burn out due to monetary reasons. We are starting to see those guys filter back into the game, but they are only destined for doom as the APPA will push them into a level of competition that will force them out again. They will wait another five or ten years until their rankings are back down, then try it again – if their knees are still okay.

But what if these guys had a place to invest themselves into, to give back to the game and still be able to compete? I am not saying that the club model can solve all of the problems faced with APPA, but I think that it is a step in the right direction for everyone involved. Eventually we have to find a way to make this work, why not try something new?