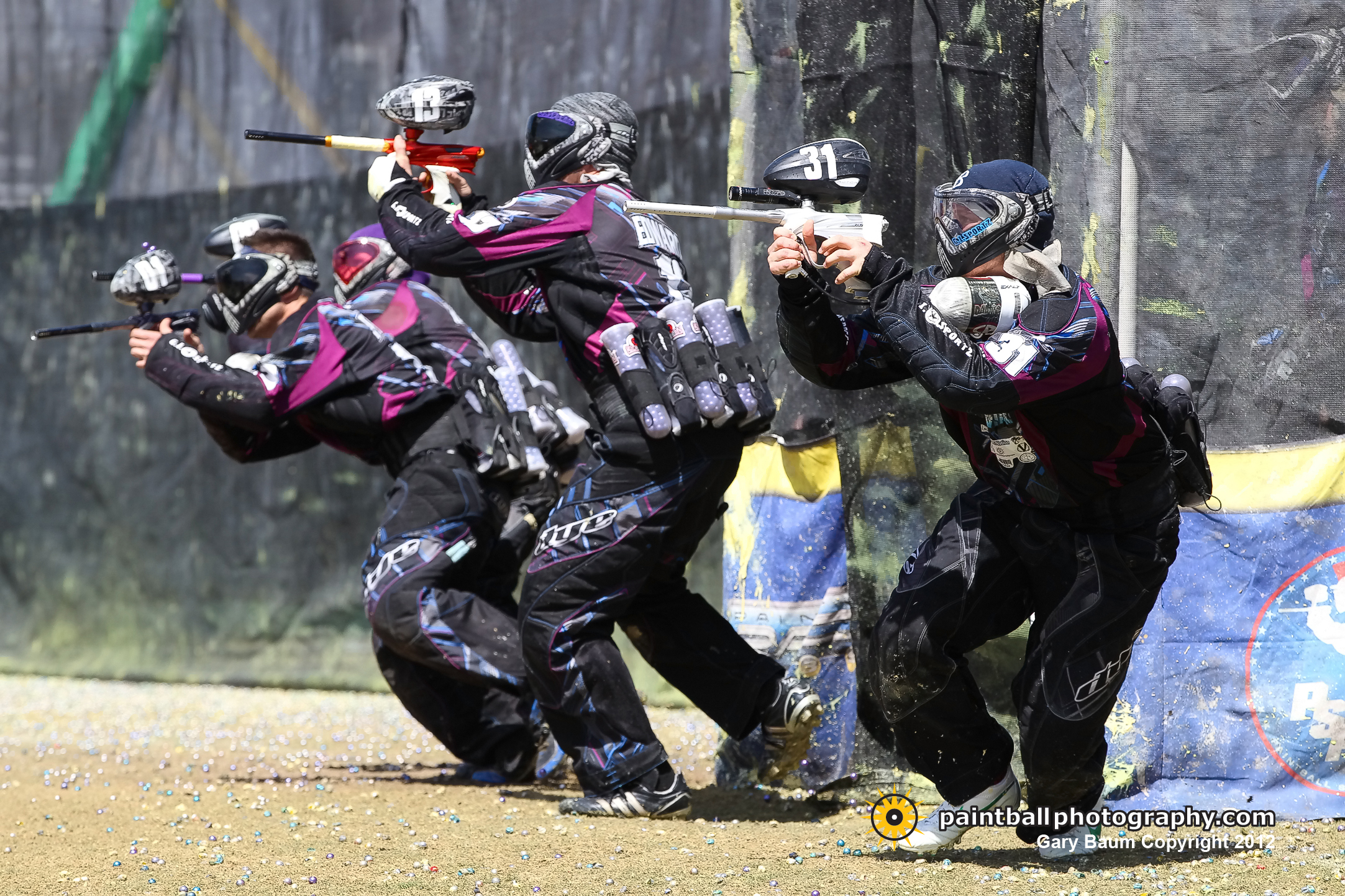 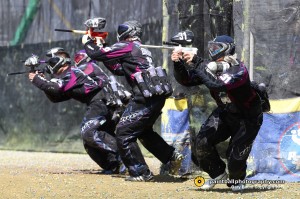 One version of the old adage goes, “be careful what you wish for, you just might get it.” Sponsorship and ownership resources made it possible for the team to attempt a bold schedule of events this year. A dream season if you will, competing in the PSP, NPPL & Millennium Series. It has also meant that there has been almost no time for anything else. The team has had two weekends off since February practices began in earnest and the travel has been nonstop including two trips to Cali for practices. (Great for racking up those frequent flyer miles.) As exciting as it has been it has also taken a toll. A toll that may have caught up with us in Phoenix last weekend. Fortunately the breakneck pace slows a bit from here on out.

As followers of competitive paintball know the pro division of the PSP’s Galveston Island Open was postponed until the day before the Phoenix Open was scheduled to begin. Half the teams had finished their prelims in the muddy cold and rain of Texas a month before and the other half (including us) were scheduled to complete our prelims and move directly to “Sunday” play on Thursday afternoon. Failing to finish Galveston in Texas had been frustrating at the time because of all the work and preparation we (and all the other teams) had put into competing. And the time in-between wasn’t going to give us much time to revisit the Galveston layout for a refresher much less prep a whole new layout. For the time-being Galveston was an incomplete. The rest of March was taken up with the Millennium Series event in St. Tropez and the NPPL’s Surf City Open in Huntington Beach. The event in France was a first for the team. A learning experience as it turned out where we finished 7th. A placing we are determined to improve upon next month in Germany at the Bitburg event. Arriving home from Europe those of us going to HB had less than two days before heading for the left coast. On the Thursday before the event began for the pro division we got in some layout practice with Infamous, Legend and divisional team TCP Machine. It would be the NPPL’s first event using the new Race 2-like format while retaining the same field dimensions and player numbers of the displaced 7-man. We played well enough over the 3 days to take 2nd place losing to XSV in the finals. After a weekend off we went to Cali to practice the Ironmen the weekend before Phoenix. Many of the guys were tired of the near constant travel but it was a productive practice. One that I felt went a long way to preparing us to complete Galveston and compete for Phoenix. Thursday we started slowly but stayed mentally strong and earned a tough win over Houston Heat. We built on that to finish the Galveston prelims with a solid win over Upton and earn the bye that carried us to the semis. In the semis we met the Ironmen–as we had at New Jersey last summer–with the same result–a win after a drawn out match that was closer than the score suggested. In the other semi Heat had dispatched Dynasty. It was our second go round them of the day but Thursday was our day and we had improved match-to-match all day long and the second win against Heat gave us the Galveston pro title. It was our third PSP win in row going back to last season.

We deferred a celebration knowing we’d be playing the Phoenix prelims early the next morning. Friday began as Thursday had left off. It wasn’t perfect paintball but it was very solid and consistent paintball. We finished the day 2-0 having given up only two points in 2 matches. And then the bottom dropped out. I still can’t explain what happened. Well, I can–we got shot out of our bunkers, stopped communicating, started playing like individuals instead of a team. You name it, we did it wrong. The part I can’t explain is why. But that was then and the focus is on the future. The next practice. The next event.

The only thing worse than not competing is competing poorly–or not up to your ability. And the only thing harder than reaching the mountaintop is staying there. This is a unique season for TBD. Maybe even a once in a lifetime season for the team and its players. And the journey has just begun.