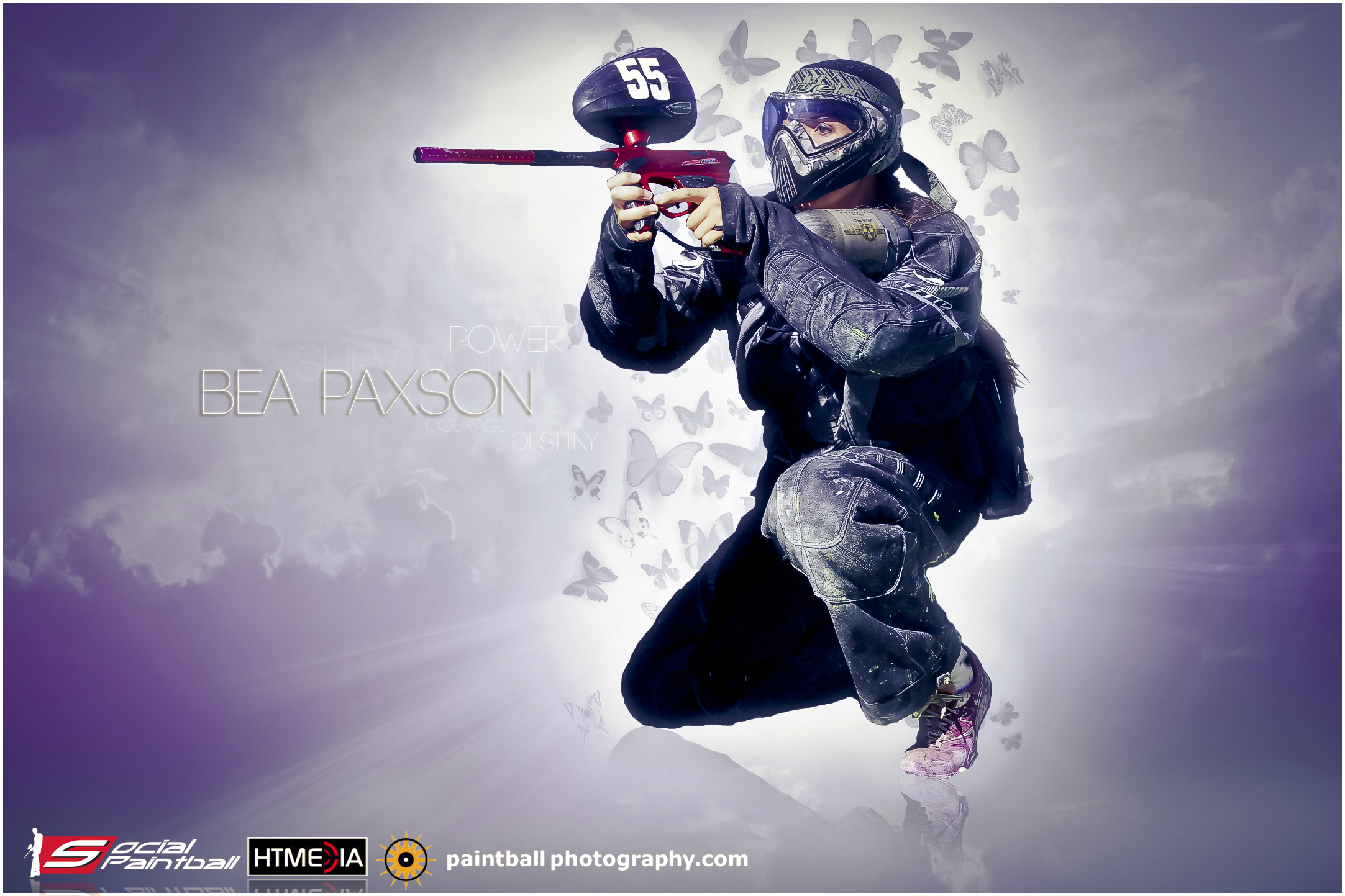 Clearly, she does not even need an introduction because everybody, including people abroad, in the paintball scene knows who she is. With her state of record, she would instantly be registered in the paintball Hall of Fame (if this were to exist).

As a player for many paintball teams and later on as the team captain of Team Destiny, she has proven to the world that female paintball players are not only on the field for the looks but also for achieving great results. Off the field, Bea Paxson has contributed and continues to contribute a lot to give paintball the needed exposure. For this, together with the fact that she and her family always have time for other people in need, in my opinion, she is already a true Legend.

This season Bea will be participating in some great paintball events with her rebooted Team Destiny and hopefully this will also be an example for many girls to join the game we all love.

We are currently working on editing more photos of other teams and players. Maybe you have other suggestions who you think must be in this series. Also, we’re open to ideas on other series. Leave a comment below or contact me on facebook.com/handytims. Thank you!