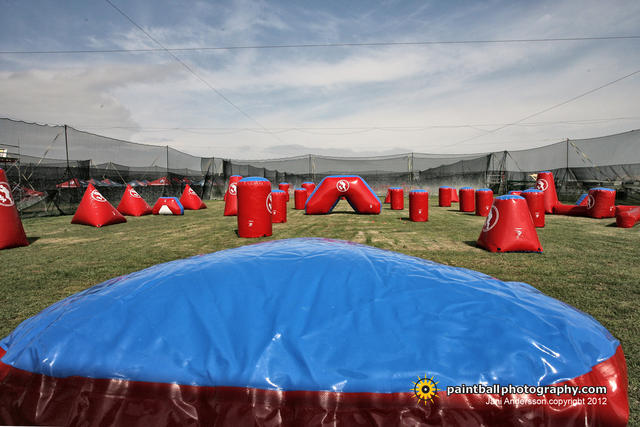 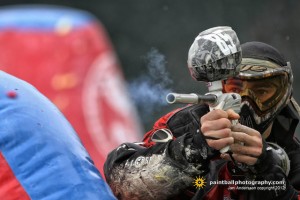 Now that the dust has settled on the first NPPL event at Huntington Beach, the attention of tournament paintball is put back on the PSP as the league and teams prepare for the second event of the season, which is being held at the University of Phoenix Glendale Soccer Ground on April 20-22. Interestingly, paintball is also having to turn its attention back on the first PSP event because at Phoenix there will be two champions crowned as the professional finals were canceled due to inclement weather. To make things even more exciting: the PSP has decided to use the same field layout from the first event for the second. This decision has been met with mixed responses (to say the least), but no matter what side of the coin you fall, you cannot deny that using the Galveston field layout again will present challenges that many paintball teams have never dealt with. The extra time on the Galveston layout may be a bit of an equalizer for the younger teams who lack the depth and personnel skill – especially those few teams that did not compete across seas, or at Huntington Beach. Of course, the extra time could also spell disaster for the weaker teams as power house organizations are able to dedicate more time to dissecting the layout and creating more advanced and well-rehearsed game strategies.

In the end – as in any paintball event? – the final result will boil down to who can execute. The pursuit of perfection will be paramount at Phoenix and it will be fascinating to see what those game plans look like. A good game plan plays to the strengths of a team, but will we see more complex stunts and coordinated movements from teams like Moscow Red Legion or will teams simplify and refine their play as they become more comfortable with the layout. Also, will we see any teams continue their general play from the first event? Will Chicago Aftershock continue their super aggressive offensive play but be able to execute?; will San Diego Dynasty continue to play a conservative, methodical play; and what about skills such as shooting off the break? At Galveston, Tampa Bay Damage and the Los Angeles Ironmen were wrecking teams from the start gate – will they be able to continue their dominance? 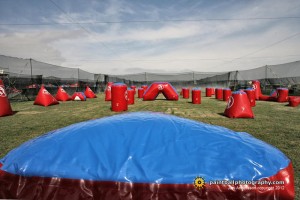 A hallmark of a good paintball team is their ability to win on any field, which is true: but for the spectator, this could be the best thing that has happened in paintball in quite some time. Especially for those who caught the first event and are new to tournament paintball because you are going to really be able to see the strengths and weaknesses of the each team; and by the second event the new spectator should be comfortable with the terms and flow of the game to really appreciate what is happening on the field. The seasoned veteran will be able to focus on the individual performance of their favorite players and dig deeper into what is happening and consider how they can apply these game plans to their own game.

Should the PSP use one field layout all year? While it would be an excellent test of patience from the paintball community, it may also create coma-like boredom for the spectators, and players, by the fourth event: so no. It may not even be wise for the PSP to use a layout at back to back events every year; but what is the hurt of doing this once every four years or so; if for no other reason than to generate a little extra buzz? And honestly, even if this is the only time in the history of professional paintball that a layout is used twice in one year, the absolute worst that can be said is that the challenges it created made for an extremely captivating and exciting time between events. Either way: it’s crunch time. There are only a few more weeks for teams to make adjustments to their game until they fly out to Arizona where a few will have the opportunity to attempt to make history by winning two events in one weekend. Mother nature providing, the weather will be better.