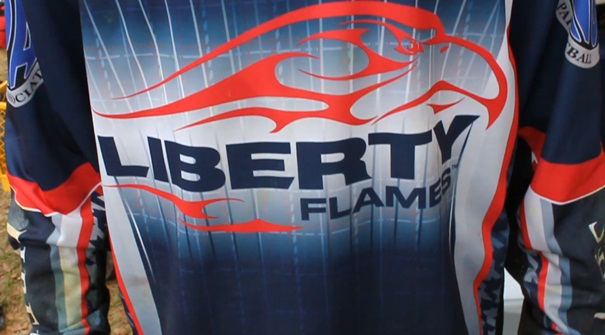 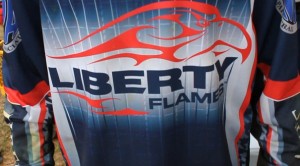 Where I’m from – the south – college football reigns king in the realm of sports, and while paintball may be lacking in many things that mainstream sports lack (i.e- funding, tv, huge fan bases), the one thing that paintball can claim it has that football does not is a tournament that crowns a true season champion. Today is the start of the NCPA’s 71 college and high school paintball team battle on the fields at Central Florida Paintball near Tampa to crown the champs. While the humidity was intense, the action was even more. Schools represented in the premiere, Class A – Xball, division included Cal State University at Long Beach, Florida Atlantic University, Kennesaw State University, Liberty University, Northeastern University, Ohio University, Purdue University, Rutgers University, Temple University, University of Connecticut, University of Florida, University of Maryland, University of Nebraska at Omaha, University of Tennessee, and West Point.

When speaking of the traditional powerhouses in college paintball the names that come to mind are University of Tennessee, University of Connecticut, Ohio, Liberty, Cal State, Purdue and several others but the big story this year has been the emergence of the University of Omaha at Nebraska who has smashed through the preliminaries. They are currently sitting at 3-0, beating Kennesaw State 9-1, Northeastern 10-1 and Maryland 8-1. However, while this team may be new to the NCPA field the names Bryan Bortol, Phil Kahnk, and Zachary Sherman can all be found on the PaintballAccess “Professional Paintball Stats” page, and on the roster of professional team Omaha Vicious during PSP events – so it is safe to say that these guys have seen a paintball field before. But, while the University of Nebraska at Omaha team may have more paintball experience than half the field combined, the one thing that they lack is depth. Two years ago we saw Cal State Long Beach make a run at the title with only 8 players on a roster, but this Nebraska team has a puny 6 which essentially leaves five guys running points back to back with one waiting in the wings if someone needs a break. Luckily, they do have a very experienced pit, staffed by other Vicious players, which has kept them running smoothly throughout the day. But will they be able to take home the title with only six active players? Or will the heat and humidity of Florida begin to wear on them as the event continues, especially when they have to play teams with more depth such as Liberty, Cal State or Tennessee?

Speaking of Cal State at Long Beach, the big news from them so far this weekend has been the injury of star snake player Chris Tregarthen – it is being reported that he may have broken a hand. This would be a huge blow to the team as Chris has been a consistent producer on the snake side for several seasons and was dominant on that side during last years championship. If he is not able to go, it will be interesting to see what becomes of the dynamic “West Coast Offense” that CSULB is famous for.

And what about Liberty and Florida? Liberty has been around the NCPA since 2006, has some of the nicest facilities for a college team in the nation and has always been a dark-horse at nationals. And while the Florida Gators may not boast any superstar players they have put up solid numbers so far this event. Is this the year that one of these two teams are able to put it together and bring home the victory?

For complete scores and standings, and a link to the webcast check out www.ncpapaintball.com

These are just some of the questions that will be answered by Sunday evening. Until then, keep posted on the webcast and here on SocialPaintball.com.