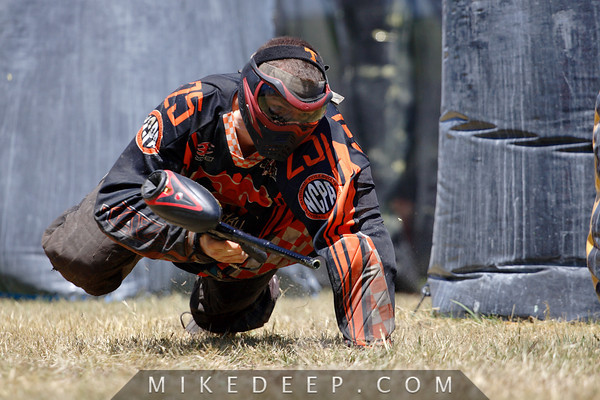 [pullquote_right]Colby Jarrett was completely dominant in the second half of this match.[/pullquote_right]Next week the NCPA will be crowning the 2012 NCPA Champion in Lakeland, Florida and while the teams may not be “professionals,” they still grind and deserve all the credit in the world. Also, having grown up in the south – where college sports are practically a religion – I had to do a Top 5 for this event.

If you don’t remember, the championship match up last year was the underdog, more methodical, University of Tennessee Volunteers versus the “west coast offense” of California State Long Beach 49ers; spearheaded by the insane snake play of Christopher Tregarthen. After going down 4-1 with 4:10 left in the second half, Tennessee mounted a monumental comeback; taking the victory from Cal State, 5-4. CSULB had an opportunity to win the game at the very end, but ended with two penalties that sealed the deal for UT.

5. During the second game in which UT started with all the momentum, the game eventually wound down to a one vs one, Daniel Sawyer of UT versus Brian Moy of CSULB, that lasted for over three minutes. After running out of paint, in a desperation move Daniel Sawyer sprinted to grab the flag then almost made it to the flag station; Brian Moy getting one paintball on him about four feet away from the hang.

4. To begin the second half, Cal State took a very different approach to their game plan, which up until this point was super aggressive. Instead, they piled the back bunkers, shot their lanes and made it a very quick point by beating UT at their own game – winning with 5 alive.

3. Being down 4-1 with 4:11 left in the game, Tennessee needed an answer to even make this game a close one. They found that in their stellar dorito play of Colby Jarrett who streaked down the field, went past the 50 dorito, then had a “graceful” ending. Although it was one of the worst dives we have ever seen and could make a Derder Shortbus video, his play was still effective. Also, hats off to the UT coaching staff for calling such an aggressive play. Off the break they sent one to the 50 A, and one to snake 1, making this breakout the most intense of the game for UT. Very well-timed call!

2. At a professional clinic my local field hosted a few years back I heard one of the old Baltimore Trauma guys say this: “Ok, here’s how we’re going to win the game. As soon as you shoot one person, everybody run down the field. You shoot them, they’ll shoot you, the referees will be so busy pulling people they wont have time to check you, then after everybody is shot out: you (pointing to me) will be the last one left in the back center and can walk the flag in.” Kudos to the UT coaching staff for pulling out an oldschool play. Seriously though, the play of Colby Jarrett was astounding during this point. Although he is not highlighted by the webcast, you can see him start at the UT dorito one, then fly up the field to the UT redzone-dorito-side 40 can; and finally cross midfield and live in the CSULB dorito-side 40 can.

1. As if you haven’t heard his name enough, Colby Jarrett was completely dominant in the second half of this match. The point after his moves up the middle of the field (to the cans) he was switched to the snake side and absolutely did brilliantly. Not only did he make it to snake two off of the break – a rather athletic feat for this field layout – he was able to get confirmed cross field shots against Brandon Moy, Christopher Tregarthen, and Corey Nagle. This was possibly the defining moment in the game as UT tied up the score 4-4 with 38 seconds left on the clock.

The LOLWUT move of the day:
With 38 seconds left on the clock, and a tied game, professional player Corey Bornstein takes over the game; literally running down the middle of the field shooting everybody. However, Corey was hit at some point during the chaos. Flags were thrown, a major penalty incurred and at the end of the fray the University of Tennessee was given the final point.

Enjoy these highlights and want to see more? Check out the NCPA Youtube channel for complete games of last years event, and be sure to tune into their live webcast next week, April 13-15 presented by Fox College Sports. If you are in the area, head over to Central Florida Paintball to see the action live or stay tuned here as Social Paintball will be at the event!