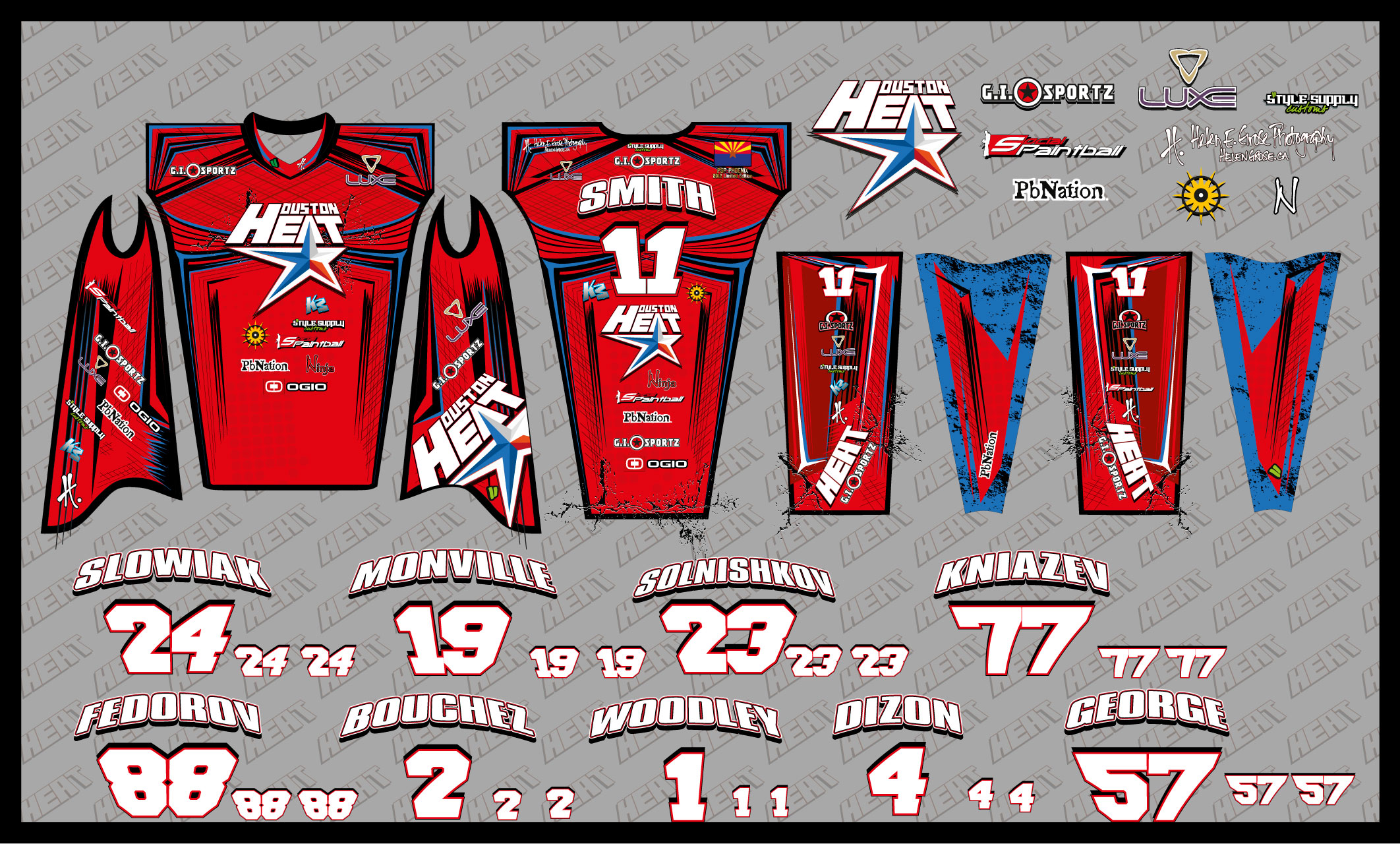 Professional paintball team, Houston Heat, has just released their latest event jersey. This one is for the 2012 PSP Phoenix Open which will be held in Phoenix, AZ in April. The team will be releasing a special edition paintball jersey for each event. These new event jerseys will have a different flag, different highlights, and will only be available at the events.

The Phoenix version of the jersey has the Arizona state flag on the shoulder, gold lettering below the flag that will read “PSP Phoenix 2012 Limited Edition,” and blue accents instead of white.

For those of you that do not know what the Arizona state flag represents, here is some information. The top half of the flag represents the 13 original colonies of the United States and the western setting sun. The copper star in the center of the flag identifies Arizona as the largest copper producing state in the union.

The team will have a limited number of jerseys available for sale at the 2012 PSP Phoenix Open. We are told that you can also contact specific players to obtain a jersey or inquire about it via their Facebook page.

Additionally, the team has also acquired a new sponsor. OGIO, an innovative designer of bags with unique styling that is infused with intelligent designs, will be supplying the team with custom made luggage and bags.