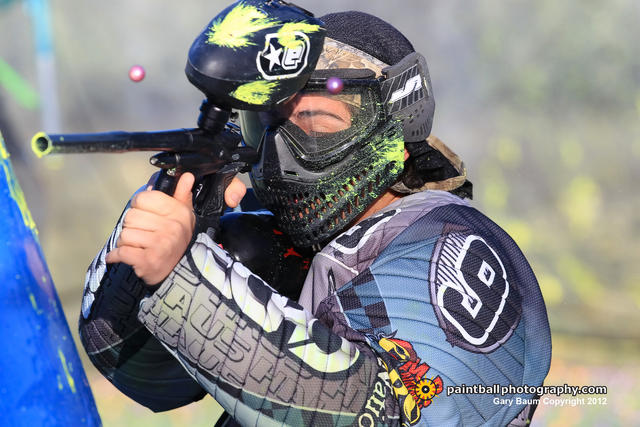 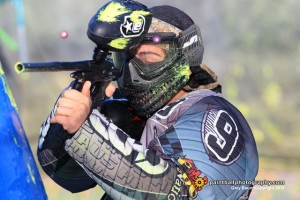 7.Just how Awesome is the NPPL Players Party going to be?
In short – spectacular. The NPPL went all out and partied hard in classic paintball style: cold booze, hot girls, and good music with an MC who did a good job at keeping everybody up to date on scores from the pro division. He did such a good job that the NPPL may even look into keeping him around for help on their webcast – upon which he could already be heard through the mics in the stands. However, while it was great being able to hear all the fun happening not paintball related, there were times while watching the webcast that I thought “what is the NPPL marketing here? A professional sports event or a rave party?!”

6.How will the non-PSP teams do?
Better than I personally expected. Four of the eight teams that made it into the Elite 8 are NPPL exclusive, and XSV even won the event (their first in quite some time). There was a chance for a throwback, “OG” finals match: XSV versus Dynasty, which did not happen. Congratulations to Tampa Bay Damage for playing an excellent event, but everybody in the stands was holding their breath to see if one of the most spectacular rivalry’s in seven man paintball would reignite.

5.How will the new format affect the games?
All reports coming back from the beach are stating that the move to the Race2 format was a good one. However, there were a few games where a team won 2-0 or 3-0. Paul Richards from View From the Deadbox brought up a good point in his recent HB Recap: “…intended or not it’s clear that the Race 2 format as adopted by the Pros and extended to D1 has marginalized the trad 7-man competition and divisions as the divisional Race 2 teams have more in common with the elites now–and it won’t be long before the remaining 7-man players notice.” It will be interesting to see how traditional seven man numbers hold up.

4.Will new teams be able to compete?
As predicted: not really. Most, if not all, of the new teams struggled in Huntington Beach which should be no surprise as the new format is not in their favor as traditional seven man was. It would be wonderful to be able to see rosters of the teams and be able to comment on them individually, but the NPPL website is lacking in this department…sorry about that.

3.Will ROF-fi really improve the game?
The jury is still out on this. No official data from the chips have been released by the NPPL as of yet and we do not have any data on the number of penalties directly caused by the monitoring of data. This video was release by Virtue Paintball a day ago:

2.Webcast? What webcast?!
In all honesty the webcast was rather disgusting and unprofessional. But – when it was working – we did get the opportunity to watch paintball on the beach and for that NPPL we thank you. Hopefully the NPPL will step up its game for the next event and offer a better product. If nothing else, I’d like to see the angles modified just a bit so that the viewer could see a little more of the field. Ninety percent of the time it felt like we were watching “snake cam” for hours on end. Also, having the giant carwash as the head of the snake was not very viewer friendly (in my opinion), and that is something that can be easily modified.

1.How will the all-female team, Posion Ivy, perform?
Congratulations to Posion Ivy on a good first event by all standards. The team placed fourth in the Division 3 category which is nothing to scoff at when considering that most of the players on the team are from out of the states, and they picked up three old-school female players, Bea Paxson, Katie Kelley, and Kat Secor. Congrats ladies! Hope to see you all again next event!