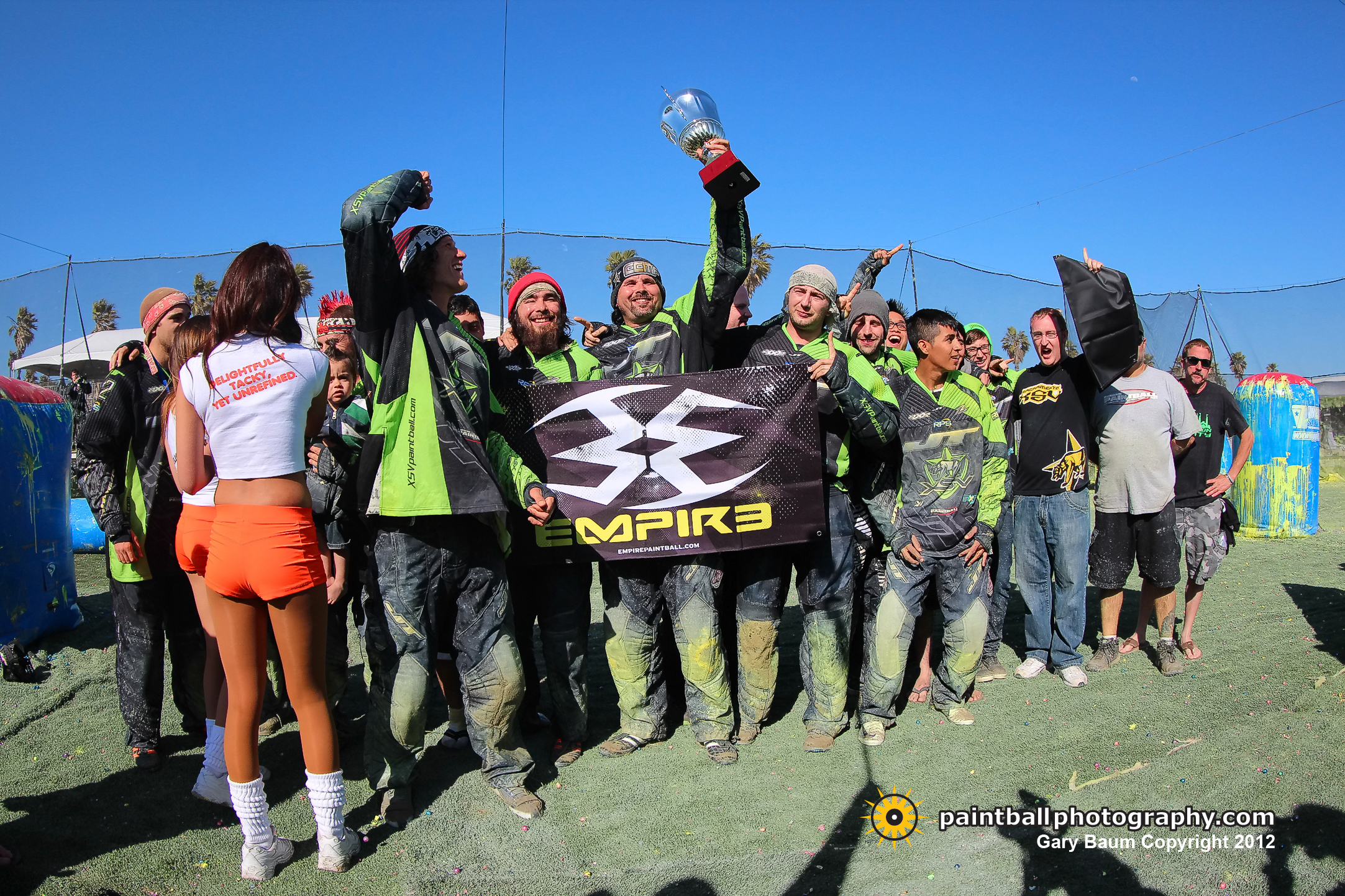 (Be sure to read the daily coverage from Huntington Beach starting from Wednesday, March 28, to Saturday, March 31).

On Sunday at sunrise, the sun shined brightly upon the 2012 NPPL Surf City USA Open from beginning to end. The 10th Anniversary of this Huntington Beach event finished successfully, especially considering the new changes to the league. Not only was there a new format with a new set of rules, there is now a new Commissioner and even a new computer system and electronic scoreboards (to accommodate the new “RACE” format) created by the NPPL Webcast Crew. XSV were crowned the Surf City USA Open Paintball Champions beating Tampa Damage 3-0 within the 15-minute Regulation Time Match. Here’s what Thomas Taylor shared on his Facebook page and posted, “What a great glorious god given weekend. Many times I have had good feelings about events but never has god given us such commanding wins and tournament victory. We out scored our teams we played 9-1 yesterday and today 12-1 shutting out 3 teams including semis and finals. 7 years I have worked to get back to winning this event again and yes now we XSV have won two HB events. The best most sought out win of the year of any tournament series in the world. Thank you fans, family, team, sponsors and most importantly my lord and savior Jesus Christ!”

Tampa Damage’s Justin Rabackoff felt it necessary to apologize for what took place at the end of Finals. Apparently, Justin Rabackoff kept shooting at the end. For anyone who’s extremely competitive, and hates to lose (which most paintball players are) can relate. At the end of the event, Rabackoff released this statement, “I just want to apologize for my actions. I blew up and lost my cool and it was not professional at all. I apologize to my fans foremost because that is not the kind of person I am. I want to congratulate XSV and apologize to Jerry. I am very sorry and you wont see anything like that happen again from me.”

Side note: It takes character to have accountability, Justin, and we thank you for taking responsibility of your actions. 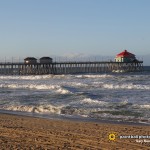 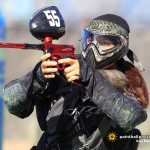 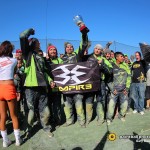 The most teams to ever attend this NPPL event on the beach peaked out at 210 teams. At the very first NPPL Huntington Beach Super 7 event saw 90 teams competing in 2002.

This year, a total of 114 teams not only came from all over the country, but our next door neighbors from the north in Canada and as far away as Norway came, as well. Hawaiian paintball players like coming to this event, too, and so we saw a couple teams in attendance from the beautiful islands of Hawaii.

The NPPL Marketing Team invited media like Southern California’s NBC Channel 4. You can check it out at the following link:

This event continues to make a huge impact not only within our own world of tournament paintball, but focuses on reaching out to those individuals that didn’t know this type of paintball existed. Huntington Beach (HB) is also known as Surf City USA because of how attractive the waves are for surfers hailing from all over the world. Surfing competitions are a regular occurrence, but HB also brings in other popular extreme sporting events like BMX and skateboarding. Millions of vacationers come to HB for other reasons, too, like playing beach volleyball, Pier fishing, and bike riding along Pacific Coast Highway. The City of Huntington Beach welcomes the paintball event, especially because of the 2 million dollars it brings and this year, and the NPPL added another day to further add to the local economy (adding another day also helped accommodate the schedule, as well).

RACE
For this 2012 event, the NPPL has added an extra day to accommodate the new Race-to format addition, adopted from Europe’s Millennium Series. In the Pump Division, it was a Race-to-2; in D4, D3, and D1, it was a Race-to-4, but in D2, there were no teams competing in the Race format at HB. The Pros played a Race-to-5, which is a great opportunity for spectators to have a chance to watch their favorite pro team longer. Regulation time was 10 minutes for all divisions (D1-D4) except for the pros.

The traditional 7-man Capture Flag Format continues to be available in all divisions except for the D1 and Pro teams. It’s important to note that the RACE teams are playing a 5-on-5, but for D1 and Pro, they’re playing a 7-on-7 RACE.

4-Day Event
This year, the NPPL added another day to the event, making it a 4-day event full of paintball action and giving the vendors an additional day to show and sell. This 4-day event started on a beautiful, sunny Thursday morning with Division 4 teams in both the 7-man Capture-the-Flag format and 5-man Race-to-4 format. Two of the three fields were in operation starting at 8AM sharp. An open field was available for teams to walk on before their competition started the following day on Friday.

Also starting on Thursday was the Van’s Pier Classic Surf Competition on the other side of the Pier, which ran all weekend. Surfers were seen observing the paintball games and walked through the vendor area.

Friday and Saturday saw gloomier skies and the sun didn’t poke itself through until late in the afternoon. The chilly wind blew through the netted paintball fields, but was great paintball weather considering the amount of gear paintball players wear.

Teams not only had a chance to check the computer for the schedule, but also to simply go to Registration and find out what their quarter-final and semi-final games would begin. On Sunday, Field 2 started an hour early.

Here are your Final Four Finishers in All Divisions:

FOR MORE DETAIL ON SCORES:
http://www.npplnetwork.com/2012SurfCityOpenScheduleScores.htm

ROF-fi Chips
Teams were required to use official NPPL ROF-fi Chips in every semi-automatic marker used during the event. Each paid-entry team received the chips free of charge. When pro teams had to use this last year, they proved that the chips served its purpose – preventing players from cheating.

VIP
Sapporo and Hooters are sponsored the VIP Area at this year’s event. People had the opportunity to meet the Hooters Girls and the Sapporo Chopstix Girls while enjoying some hot wings and Sapporo Beer. For more Hooters offerings, go to the NPPL.com website you will find a coupon with discounts to use at the Costa Mesa Hooters located nearby. Sapporo also hosted the Player’s Party at Endless Food & Fun. Dynasty was there giving out autographs and players and their guests participated in laser tag, pool table play, and arcade fun.

The NPPL webcast went live on Friday and continued until the end of Finals on Sunday. Using YouTube.com, the webcast had its technical difficulties, but remember, this is a new format and with this comes new equipment to adjust to. Prizes were issued from third place on up and will be awarded in the form of trophies, medals, and cash (based on a percentage of entry fees per division).

Next event for the NPPL will take place in Chicago during the NPPL Chicago Open from May 18th through the 20th. Sign up your team at www.NPPL.com. SocialPaintball.com will bring you the coverage from that event, so stay tuned right here.

Be sure to look at the daily coverage of previous articles covering the Huntington Beach Surf City USA Open Paintball event here at SocialPaintball.com.

Webcast
The NPPL Webcast Crew had some gliches in their system but for the most part, it still brought the Surf City USA Open Paintball Competition on the internet. This particular webcast crew has eight years of experience doing webcasting for paintball and other sporting events, but this particular technology they used at the Huntington Beach event was the first time. A total of 4 total cameras were used with 3 on the field and one from the webcasting platform, all handled by individual cameramen. Vancouver Vandetta’s pro player, Dusty Cort, did an outstanding job doing the play-by-play and helped with the webcast most of the time as did other key paintball pros and notables. As the season progresses, they will be working on improving the system, like importing the actual scoreboard the way that the players see it on their screens in the pit area. The scoreboards were covered by Plexiglas, but were still difficult to see because of the glare. They hope to possibly bring in OLED screens because of how bright they are, in the future.

We hope that we brought you the best coverage from the 2012 NPPL Surf City USA Open. Thank you for staying tuned right here at SocialPaintball.com.

Webcast Links with Pre-Recorded Coverage of the following days: