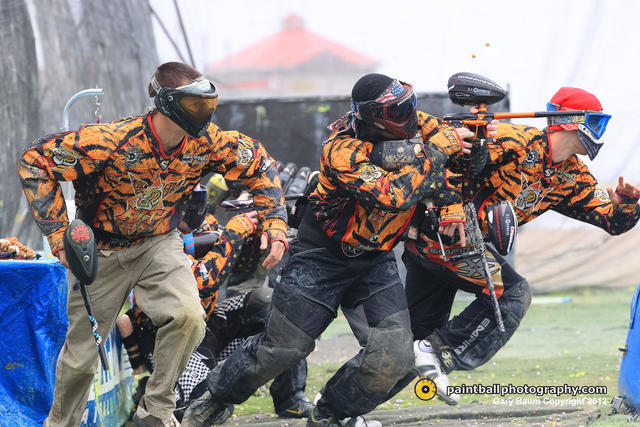 It was yet another beautiful day of some sun and a lot of fun near the Huntington Beach Pier during the Surf City USA Open. The day started out gloomy, with an overcast that didn’t diminish until well into the afternoon. Matches concluded with enough time left at the end of day to take a walk along the long pier and watch the sun go down. Business was booming within the City of Huntington Beach with full parking lots, packed restaurants, and busy retail stores.

Division 4 & Pump
Division 4 Teams would complete their competitions today. The top 4 D4 RACE (aka Race-to-4) teams going into the semi-finals were as follows:

Based on how the teams ranked within their respective groups (there were 2 groups of 4 in Div 4) going into semi-finals, RIT Tigers Orange came out on top, having won all three of their games in the prelims. As the first place seat, they would match up against the 4th place seat, which NXN was sitting in. Previously in prelims, NXN won one game and lost two games.

RIT Tigers beat NXN only by 1 point in their match (score 2-1), putting RIT Tigers Orange in the Finals, but their brother team, RIT Tigers Black lost to Mayhem by 3 with a score of 4-1. The winners of each match up would proceed into the Finals to compete for the NPPL Surf City USA Open D4 Race To Championship. The losers of those match ups would play for 3rd Place. In the fight for the 3rd Place Trophy between RIT Tigers and NXN, NXN won decisively with a final score of 4-0, putting RIT Tigers Black in 4th Place. In the D4 RACE Finals, Mayhem lost to RIT Tigers Orange after a very close game with an end score of 2-1.

Division 4 7-man
Of the 17 teams that competed in D4 7-man, 8 of those moved on to the Quarter-Finals, which will be played on Sunday. The following 8 teams moving on to see Sunday are as follows:

In the Pump Race-to-2 Division, HenchMen took 1st Place with West Coast Sharks 2 in 2nd followed by Ronin in 3rd and APC in 4th. They played a total of 8 games each and at the outcome of those games determined the 2012 NPPL Pump Surf City USA Open Championship. 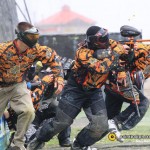 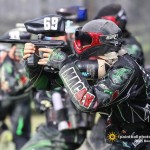 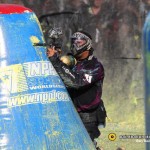 The Professional Teams
The 14 Pro Teams were broken into two different groups in the prelims, with 7 teams playing in one group, 7 in the other. A total of 8 teams will compete in the Quarter-Finals Race-to-5 Format. Coming out of Group A in the 1st place seat is XSV, winning a total of 3 games out of 4 in the prelims. In 2nd place, it’s San Diego Dynasty, also with 3 wins. In the 3rd place seat going into the quarter-finals with 3 wins, Infamous, and in 4th, San Antonio X-Factor with 2 wins out of 4 games played in prelims.

In Group B, Tampa Bay Damage won all four of their prelim games, putting them in 1st place going into the quarter-finals. Edmonton Impact and Arsenal both won 3 preliminary games of 4, putting them in the 2nd and 3rd place seats respectively. In the 4th place seat is New England Avalanche, winning just 2 games, one of which was won in Overtime.

The Professional Teams Sunday Schedule
The pro teams will take to Center Court (Field 1) after D1 Race-to-4 and D3 Race-to-4 Semi-Finals. Starting at 10:15AM, XSV and New England Avalanche will begin within their Semi-Final Set followed by the Arsenal versus Infamous match. Then at 11:10AM, it’ll be Tampa Bay Damage facing off against San Antonio X-Factor. In that same set, the very next match up will be between San Diego Dynasty and Edmonton Impact. To explain the “Set” concept, it’s 4 teams competing in one set, two teams playing against each other in a match. As soon as the first match concludes in that set, the next match will hustle onto the field while the team exiting will fill up with air, get paint, clean up (if necessary), and get ready to get back onto the field. Once each match in the pro division Race reaches 5 points on the scoreboard first, or whoever is leading at the end of the 15 minutes regulation time, wins.

See the rest of the Sunday schedule here: http://www.npplnetwork.com/2012SurfCityOpenScheduleScores.htm

Tune into the webcast at the start time of the first set between D1 teams Dynasty 2 and Avalanche Evolution at 8AM here:

You can also see the recorded webcasts by going to the following links: