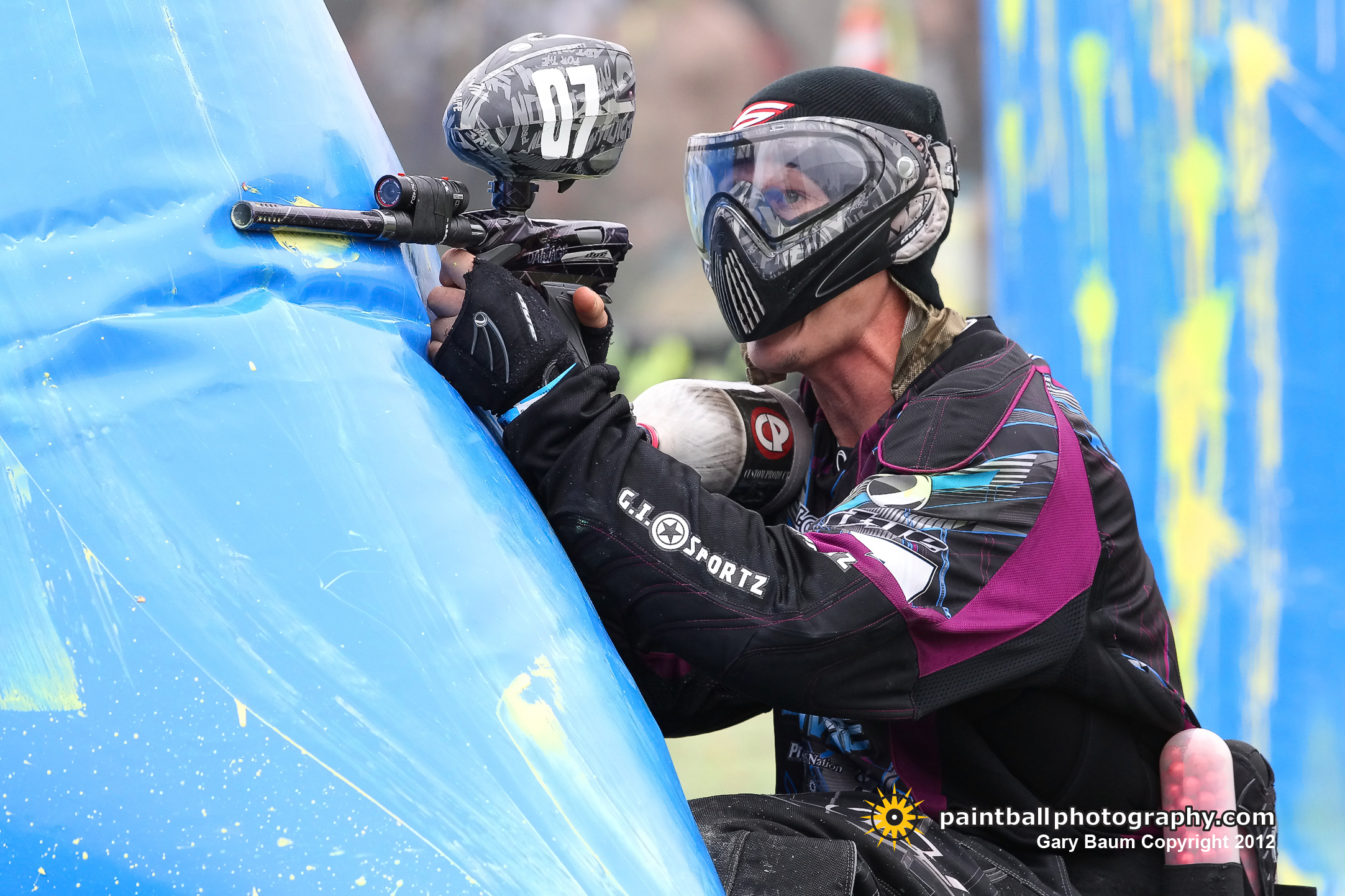 The second day of the NPPL’s Surf City USA Open began right before sunrise, hundreds of players rolling their paintball gear bags behind them into the paddocks. With it being Friday and with teams in D3, D2, D1, and Pro taking to the fields, it also brought their friends, family members, and fans to the venue on the beach. By the end of this event, because so many people already come to see the beautiful beaches of Huntington Beach, more than 10,000 people are expected, and with that, the hope that more people will participate in the sport of paintball.

Games began promptly at 8am, right on schedule. Four teams competed in D3 5-man Race-to-4 and took to the fields first before the D3 7-man teams got underway on Field 2. On Field 3, D2 7-man teams would start 4 of their 8 total preliminary games. On Field 1, also called “Center Court”, pro and D1 teams would take turns playing 7 on 7 with the Pros racing to put 5 points on the scoreboard first, with D1 teams racing to 4. For the pros, regulation time would be 15 minutes to D1’s 10 minutes. 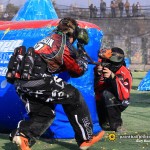 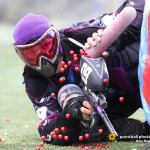 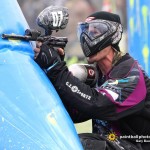 NPPL Spreading the Good News
NPPL’s President, Mike Peverill, shared that he wanted to teach people about paintball and what it’s all about. Having an NPPL event here at Huntington Beach is the perfect opportunity to do just that because of how attractive this area is for tourism. The event also brings a lot of business to the city, and according to Peverill, this event always brings in about $2 million dollars to the local economy. He also shared that this is the City of Huntington Beach’s second largest event, second only to the US Open of Surfing.

Teams Adjustment to the New Format
Many teams coming from the traditional NPPL 7-man format and giving the new 5-man Race-to-4 format a chance had players in a position of learning as they went along in the competition. Whereas teams that had the experience in playing similar Race-to formats in other leagues that play the X-Ball game have a bit of an advantage because of the quick turnaround in between games during each match. Some teams were not prepared fast enough as they exited and entered onto the field. That’s why attending the Captain’s Meeting was so important so that the new rules could be further explained by newly appointed NPPL Commissioner, Tony Mineo (previously with the PSP).

Teams had to make sure that their guns were shooting under 300 fps, otherwise they were forced to exit the field completely in order to turn it down because tools weren’t allowed at the starting gate area. There were some instances where two players on a team had “hot” (shooting over 300 fps) guns and therefore, both had to exit the field, some not making it back to the starting line in time. In the Race-To Format, four teams were scheduled into a “set”. Each “set” consisted of two matches. There were only two minutes between each match up, too, and the next two teams to match up had to be prepared to get on the field immediately following the conclusion of the other two team’s match before them. Teams that had a pit crew helped tremendously, and even more than that, having a coach in the pit giving encouragement and advice was an advantage for some. To help with the time situation, in the Pro and D1 divisions, they were allowed a 1-minute time-out each per match.

Players had to be very careful when they exited off the field after being eliminated. It was required that they put one hand on top of their head when walking off, otherwise face getting a penalty. The refs weren’t too strict on this, as this is also an adjustment for them, too, but it’s safe to say that as the season progresses, refs may start really cracking down on this new way of exiting after elimination.

Tie-Breakers
If a team in the Race-to format ended up in a tie at the end of regulation time, the match would go into a 3-on-3 Sudden Death Overtime game. The first one to eliminate all the players from the other side wins that tie-breaker and the match.

Spectators
Hundreds of people surrounded the entire event and watched games from three different fields. The sun didn’t come out until after 3PM during the Pro and D1 Matches on Center Court and with that sun came even more people watching from the stands. There was a scoreboard, but it was difficult to see since it was covered with broken paintballs. One main scoreboard sat at the Dorito tape of the field and two other smaller scoreboards were situated in the corners of the grandstands. The glare made it difficult to see how much time was shedding off the clock, but there was a computerized voice that would utter how much time was left every minute, then down to every 10 seconds.

Tomorrow, those traditional 7-man teams will be playing the final 4 of their 8 preliminary games. D3 Race-To teams will also be finishing up their prelim games and those D4 Race-To teams will be going into their playoffs. Be sure to stay tuned to the NPPL’s Webcast broadcasting the 11 D1 Teams and 14 Pro Teams competing at the 2012 NPPL Surf City USA Open.