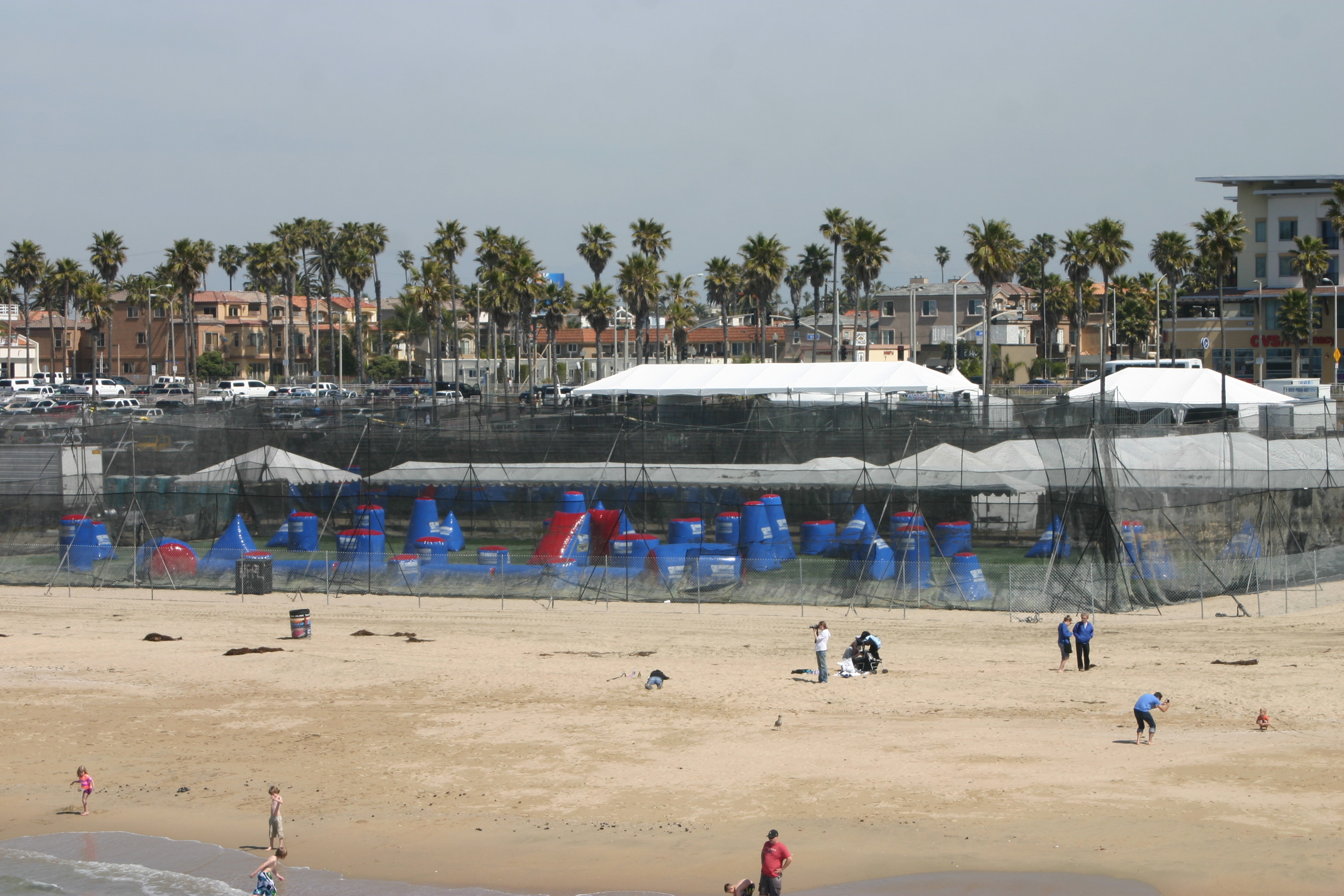 The National Professional Paintball League, NPPL, brought tournament paintball on the beach for the first time in 2002 and at that time, players competed directly on the sand. Ten years later, the NPPL’s Surf City USA Open is still going strong and a total of 114 teams will start competing tomorrow morning at 8. At the very first event on the beach, 90 teams signed up to be a part of history by being the first to play in front of such a large amount of people. Is this the biggest turnout for the NPPL in the past 10 years? At its peak, there were 210 teams that attended.

Just over 8 miles of uninterrupted beaches, Huntington Beach is a city that features the most consistent waves on this side of the country. Properly named, “Surf City USA”, Huntington Beach is also the place where many other types of extreme sport competitions take place such as surfing, skateboarding, and BMX. It’s safe to say that millions of vacationing visitors come to spend quality time in this beautiful place with comfortable weather. People can partake in many outdoor activities like playing volleyball, fishing off the Pier, riding a bike, or jogging along or swimming within the ocean. It’s obvious, the reason why the NPPL even came to Huntington Beach in the first place.

The Surf City USA Open is making a return to the north side of the Huntington Beach Pier and will bring more than a thousand paintball players and enthusiasts along with them. Thousands of drivers and their passengers driving on Pacific Coast Highway (PCH) will catch a glimpse of paintball when they drive by the tradeshow and paintball semi-trucks lined up along PCH. With the tradeshow located at street-level, down below on top of the pre-leveled sand are three mesh enclosed green turf fields with brand new airball bunkers. 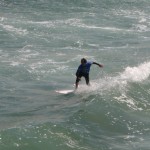 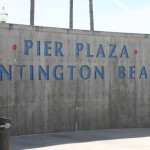 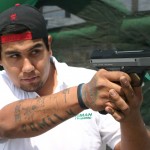 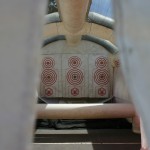 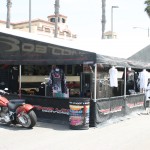 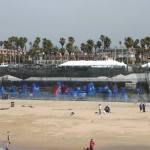 Race-To
For this 2012 event, the NPPL has added an extra day to accommodate the new Race-to-4 format addition, adopted from Europe’s Millennium Series. The Race-to-4 format is a 5-on-5 match up where the goal is to reach the score of 4 points on the scoreboard first, or the team leading at the end of regulation time – 10 minutes. A point is earned by eliminating all players on the opposing team, capturing the flag from the center-50 and carrying it over to the other side. The NPPL is carrying on the 7-man Capture-the-Flag format, but not only will there still be the traditional style of play, but a 7-man Race-to-5 and Race-to-4. The Professional teams will play 7-on-7 with a race to reach 5 points on the board first while the D1 (Semi-pro) 7-man teams will be racing to 4 points. This means that Pro and D1 are not considered “traditional” because of the “Race-to” concept. However, the NPPL are still allowing D2, D3, and D4 teams to compete using the 7-man Traditional style. As for the pump division, it’s a 5-man Race-to-2 and to win their match, they also have 10 minutes to be the first to put 2 on the board.

Wednesday
Some teams arrived yesterday to register and walk the fields. This 4-day event starts this beautiful Thursday morning with Division 4 teams in both the 7-man Capture-the-Flag format and 5-man Race-to-4 format. Two of the three fields will be operating beginning at 8AM. Taking place right next door is the Van’s Pier Classic Surf Competition, which will run until the end of Sunday. Surfing events like this also bring in thousands of surfers, which acts as a “cross-promotion” between the two extreme sports, benefiting both industries. There will most definitely be some new faces amidst the crowd who are possibly getting a first time look at the tournament side of paintball. Some paintball players may even consider picking up a surfboard after seeing the Van’s Pier Classic, you never know. Teams will have the opportunity to walk fields tomorrow on another field since only two of the three fields will be utilized.

Free Stuff
Teams will be required to use official NPPL ROF-fi Chips in every semi-automatic marker used during the event. Each paid-entry team will receive the chips free of charge. When pro teams had to use this last year, they proved that the chips serve its purpose – preventing players from cheating. Not only will players receive free chips, but they’ll also get a free discount card. Each player participating in this event will receive the Special Event Discount Card that offers special discounts by participating Huntington Beach businesses. If players have a smart phone, they can use the QR code on this discount card for a full list of participating merchants.

Vendor Area
While the NPPL Crew finished up the final touches of their field set-up, grandstands, and paddocks area, the vendor area was starting to fill up yesterday at around noon. Semi-trucks belonging to Custom Products and another to Bob Long Technologies were almost done setting up their product and gear. While at Custom Products booth, we ran into DLX Technology’s Daryl Trent who talked to us about the Luxe. Bob Long had all of their guns and gear on display already with clothing for both genders. The 2012 Bob Long G6R OLED (includes the Frenzy OLED board) was proudly on display, which is the latest Intimidator model (after nearly a 3 year hiatus). Other vendors that were there setting up today were companies like Ninja Paintball, Khrome Paintball, nXe, Raza Life, EFX, Virtue Paintball, Sly Equipment, and TradeMyGun.com. Kingman and Spyder set up two very large enclosed inflatables: one for 2-on-2 play and another for target-shooting. They are featuring the Kingman 11mm Paintball Marker that shoots .43 caliber paintballs. More vendors showed up towards the end of day yesterday in preparation for today’s opening competition day.

Mandatory Captain’s Meeting
Mandatory Captain’s Meeting for Division 4 and Pump teams was held last night at 5PM at the VIP Deck led by the newly appointed Commissioner, Tony Mineo. Helping Mineo with the referee management during the event and for the rest of the season is Dan Fagan. Tonight, a 6PM cocktail hour at the Hotel Huntington Beach Bar is encouraged, which is right before the mandatory captain’s meeting at 7PM for D1-D3 teams.

VIP
Sapporo and Hooters are sponsoring the VIP Area at this year’s event. People will have the opportunity to meet the Hooters Girls and the Sapporo Chopstix Girls while enjoying some hot wings and Sapporo Beer. For more Hooters offerings, go to the NPPL.com website you will find a coupon with discounts to use at the Costa Mesa Hooters located nearby. Sapporo is also hosting the Player’s Party tomorrow night from 7-12PM at Endless Food & Fun. Dynasty will be there giving out autographs and you can participate in laser tag, pool table play, and/or arcade fun.

The NPPL webcast will go live via YouTube starting tomorrow and will continue all the way until the end when Finals takes place on Center Court. Prizes will be issued from third place on up and will be awarded in the form of trophies, medals, and cash (based on a percentage of entry fees per division).