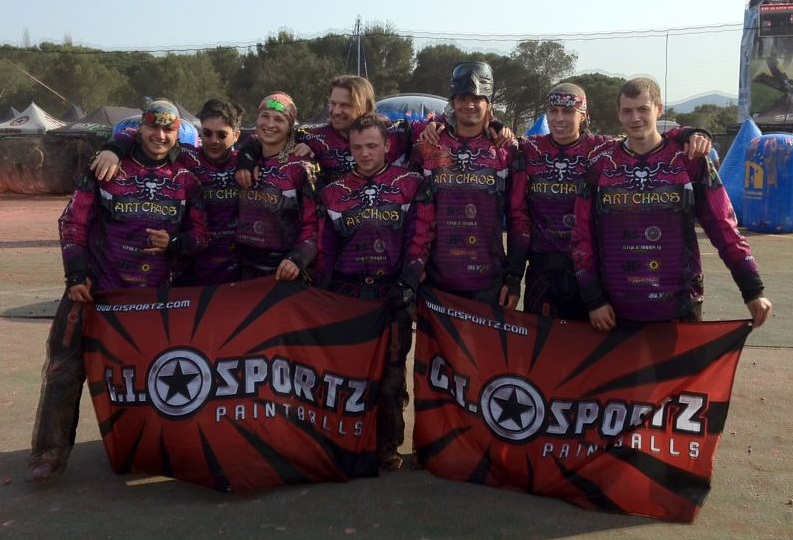 The first event of the Millennium Series, the French Riviera Cup, is now officially over. There were some surprises and some, well, non-surprising match outcomes.

In the semifinals, San Diego Dynasty ended Paris Camp Carnages run to first (5-1) and Art Chaos defeated the Tontons (5-1). This set the finals up with Art Chaos and Dynasty playing each other for first and second, as had been the case many times before. Dynasty and Art Chaos are definitely not strangers to the Finals. Paris Camp Carnage and Tontons would play for third and fourth.

Toulouse Tontons and and Paris Camp Carnage slugged it out for third and fourth with Tontons winning third place in the tournament (5-4). Art Chaos Moscow was able to defeat Dynasty in a pretty deciding manor (5-1) to win the tournament, which put Dynasty in second place.

We would like to give a special shout out to all of the Social Paintball teams at the event, which include Art Chaos Moscow, Tampa Bay Damage, Toulouse Tontons, Marseille ICON, Copenhagen Ducks, Frankfurt Syndicate, and Dogs D’ Amour Thessaloniki.