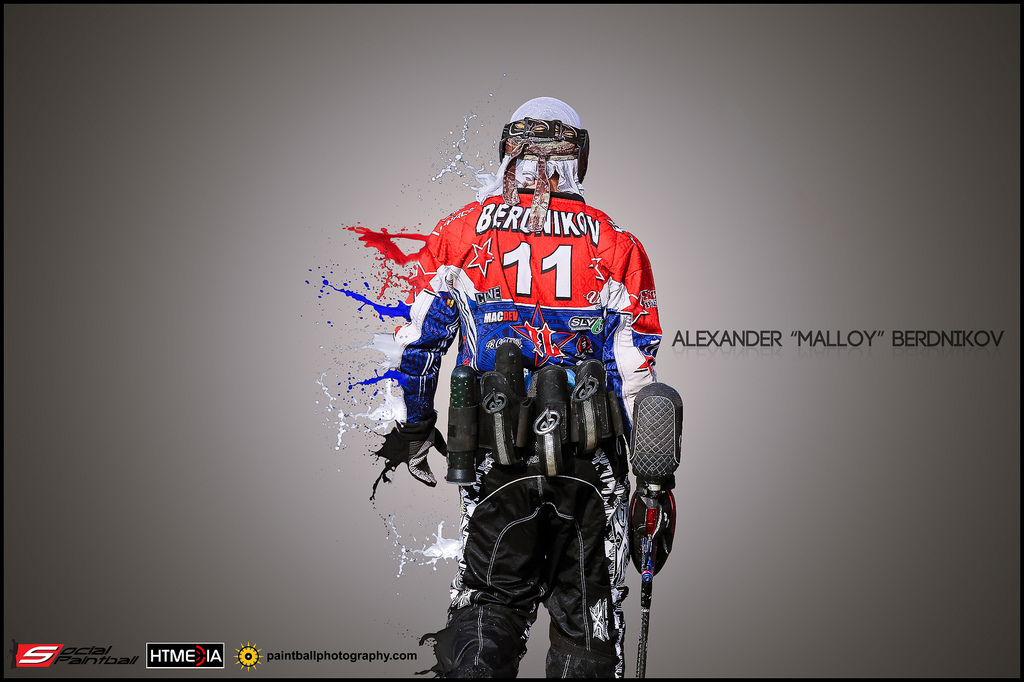 After the release on Social Paintall, I recieved a lot of comments about the original Paintball Legends Series. Many people (mostly players) brought up other famous players and teams to be edited and put under the spotlight. It turns out that the word legend in many ways is also linked to emotions. Sure, results like becoming world champions helps, but there are a lot of people out there who also contribute in their own way to make paintball known all over the world crossing borders from the paintball scene to other scenes or branches.

In this case, I chose to edit a great photo shot by Gary Baum of Alexander Berdnikov. Not a player like Rabackof or Fedorov, but in his way a truly solid, highly skilled player. Being part of the Red Legion, who as we know became World Champions, made him almost an instant legend.

We are currently working on more edited photos from other teams and players, but maybe you have other suggestions who you think must be in this Series? Also, we’re open to ideas on other series. Leave a comment below or contact me on facebook.com/handytims. Thank you!