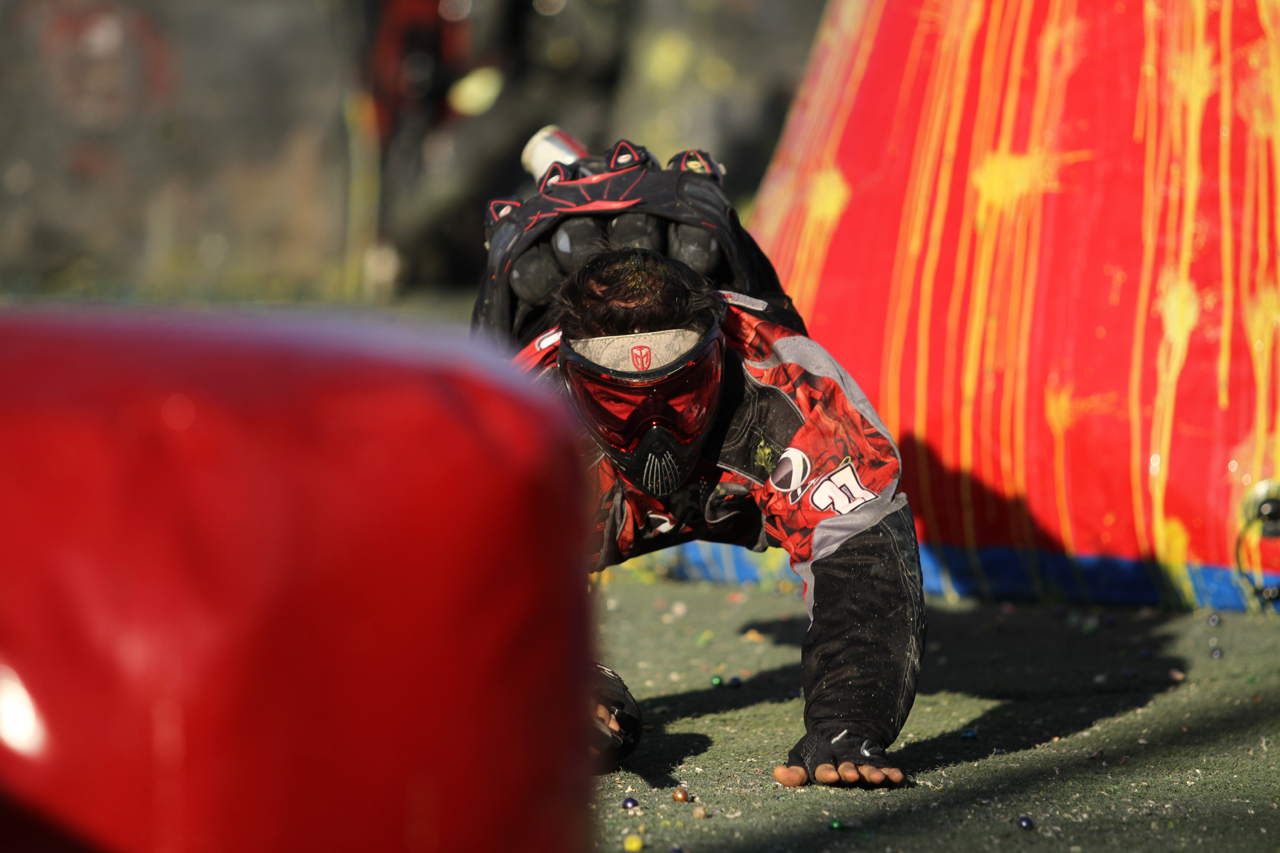 Osvaldo Lopes, of LA Ironmen, proves that you can still play professional paintball in your late thirties. 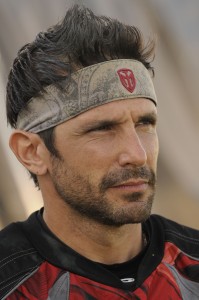 How long do you think you’ll play paintball for? Are you in your late teen years or perhaps in your early twenties and hoping to go pro soon? Don’t fear – you have plenty of time if you’re in any shape like Los Angeles Ironmen’s Osvaldo Lopes.

In his own words, he claims to be “a true old bastard” at the age of 38 (turns 39 in April 2012). Osvaldo Lopes de Brito Neto (Brazilians have long names because they take both their parent’s last names) was born and raised in Brazil. He also carries the nickname “Papa”, a name he adopted recently, started by former teammate, Mikko Huttunen.

Being older has its advantages, and since very few professional paintballers have college degrees, Lopes is one of the few that has one in Civil Engineering. Currently, Lopes works as a Sales Representative for DYE South America, but that’s not all. He also manages Mega Play Paintball (Paintball field in Brazil) and has a helping hand in the Circuit Brazilian Paintball organization.

Since 1995, Lopes has been playing paintball for a very long time. It was during his time in college majoring in civil engineering when his classmates invited him to play. After that introduction, he played every weekend. How did he eventually get to play at the professional level? He shared, “I always tried to train with players that were better then me.”

The Ironmen made it in to play on Sunday at the PSP Galveston event, but because of the excessive rainfall, the games are postponed until the next PSP event. The PSP plans to conduct these games on April 19, the Thursday before the second event at Phoenix, Arizona (April 19-22, 2012).

Learn more about this paintball wise man, Osvaldo Lopes, and see what has helped keep this professional paintballer in the game. 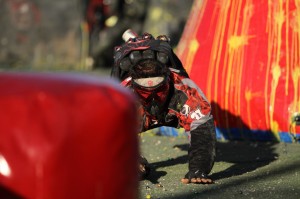 Lopes: What I like most about paintball is the adrenaline and the action. It feels really good to shoot other people. I also have made so many good friends through paintball.

Bea: What team did you play for before joining the Ironmen?

Lopes: In Brazil, I played for lots of teams, but now I play for Jungle Boyz. In the United States, I played for Velocity Wrecking Crew with Chris Cat and Eric Humphries before the Ironmen.

Bea: Did you play other sports before paintball?

Lopes: I played soccer as a goal keeper, fought Judo (Orange Belt) and raced motorcycles (135 cc 2 strokes), but in my last 8 years, my sport participation is just hitting the Gym and playing Paintball.

Bea: What do your parents think about your playing paintball?

Lopes: They think it’s nice, but at the same time, they don’t care very much, so it’s ok.

Bea: You are in great physical shape. What do you do to stay fit?

Lopes: I’ve been working out since I was 15 years old and started going with my father to the gym in the mornings and never more stopped. I also don’t eat junk food and have a healthy diet.

Bea: What else do you like to do for fun besides paintball?

Lopes: I love to watch movies and ride my motorcycle.

Bea: How often do you come to the USA?

Lopes: Five times in the year, at least.

Bea: If someone wanted to go to Brazil and play paintball, what field do you recommend they go to?

Lopes: We have lots of nice fields down here and lots of private fields, too. The best places to play are in Sao Paulo and Rio de Janeiro because it’s where most of the tournaments players are. Try Sao Paulo’s Mega Play Paintball (where the CBP is located) and “Play Paintball” in Rio de Janeiro (Maron’s field).

Bea: How easy is it to travel with a paintball marker to Brazil?

Lopes: Here it’s ok, but if you try to get in with more then two markers, this could be a problem.

Keep in touch with Lopes and the rest of the Ironmen at www.TeamIronmen.com.