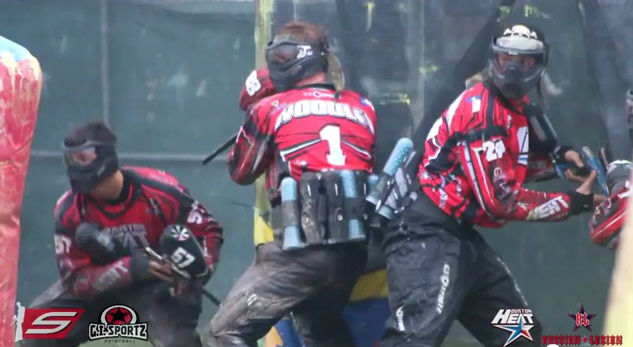 This 20 minute video covers the first-ever match between the Houston Heat and the Moscow Red Legion (Boston Russian Legion) at the 2012 PSP Galveston Island Open. The meeting of the two franchises proved to be an instant classic as the newly formed Houston Heat won the match over the rebuilding Russian Legion.

The teams went toe-to-toe the entire match with Heat coming out on top 7-6. We look forward to seeing this paintball rivalry continue to grow throughout the year.