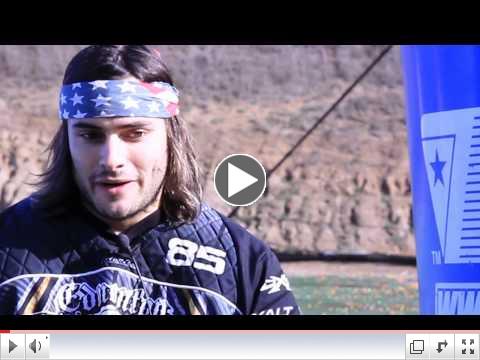 The National Professional Paintball League (NPPL) has just announced a new video series that will last all season long. The first video features professional paintball player Ryan Moorehead from Edmonton Impact. This first video is an interview session with the player that covers such topics as his thoughts on the new Rof-Fi chips, his thoughts on the league, and the 10th anniversary of the Huntington Beach event.

This is the official statement from the league:

We are pleased to announce a new “video series” for the 2012 NPPL season. The spots have been produced by a newly formed NPPL film team in conjunction with a new and improved live webcast program.

Instead of relying on internet website chatter and rumours for your paintball news, hear the real story right from the mouths of the top player’s, NPPL managment, referees and sponsors!

2012 will be our biggest season yet! Registration for the 10th annual Surf City USA Open in beautiful Huntington Beach California is filling up, so get your teams spot secured now!

To learn about the NPPL, visit: NPPL.com