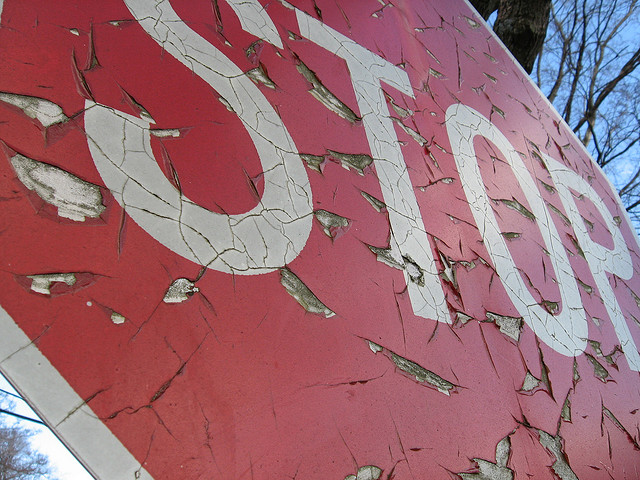 The other day I was talking to one of my old-time teammates (we were both members of a 15 player pump team known as the Werewolves of NJ/PA that was selected as one of PBX3’s Top 50 Teams of All Time – you may never have heard of that team, but the boys and girls of our era sure knew who we were!) about the recent drive-by shooting spree that took place out in Nevada.

For reasons not even known to themselves, three teens (18, 17 & 16) went out driving and shooting unsuspecting victims, even going so far as to luring a pedestrian over to their car so they could shoot him in the eye. (According to news reports, the victim has approximately 25% vision in that eye right now.)

Drive-bys are not at all uncommon, a sorry state of affairs that I can attest to from many years of receiving news updates and alerts, some of which make it onto the front page of 68Caliber.

Several years ago I began a news category on the website titled ‘Paintball Crime’. I do not exaggerate at all when I say that I had at least one story a week in that category and, could almost have published a new one every day of the week. In fact, stories about the misuse of paintball guns became so common and numerous that I stopped publishing those kinds of stories: it was coming to dominate the news on the site, which made it boring and the last thing I wanted to do was desensitize people to such crimes. Paintball Drive-bys SHOULD be shocking, disgusting, terrible news, not a common, everyday experience.

So I changed 68Caliber’s policy, opting to only publish the truly stand-out drive -by story. If you think about it, that itself is a majorly negative statement about the game right there – that there should even be such a thing as a drive-by shooting story that is so heinous and awful that it stands above the common, run-of-the-mill drive-by story.

When the events in Nevada began to unfold, I consciously decided not to publish it. At the time the story broke, all we really knew was that three teens had been arrested for drive-by paintballing. Yawn. Boring. Instead, I opted to publish a different drive-by shooting story, one in which someone had apparently used eight puppies for target practice. (Sorry folks, but in my book shooting puppies trumps shooting people.)

While discussing this turn of events, Aden (my buddy, one of the best shots the game has ever seen, an excellent tactician and a resident of NV) wondered, as we all do when hearing of these kinds of incidents, what motivates people like this to do such STUPID things (yes, cruel as well, but even a five year old is capable of understanding that in this day and age YOU WILL GET CAUGHT, so stupid trumps cruel, just like puppies trump people).

Yes, they’re teenagers and teens are by definition idiots (it is a known medical fact that their brains have not yet fully formed, particularly the more evolved regions that are involved with higher-order functions like making smart decisions and impulse control) – so teens take no offense, you will (hopefully) grow out of your idiocy.

But shooting people (or puppies or kittens), as opposed to windows, cars, street signs or even tombstones, goes a level beyond. It ratchets the idiocy component up to moronic levels, even to the point of prompting one to suspect brain damage or at least a glue- sniffing addiction, if not multiple generations of incest in the family tree.

Aden and I talked for a few minutes, discussing the differences between property assault and person assault and how utterly stupid it is to engage in the latter, when Aden asked me if I had seen the television report in which they showed the gun that had been used in the attacks. I hadn’t, but from his description, it was apparent that it was not the kind of gun you’ll find in the hands of a regular player.

It was a generic-looking blue something or other with a gravity feed hopper and a CO2 tank – probably one of those guns you get in a package deal at the larger box stores.

Aden said that he thought that it was a good bet that these were kids who’d gone out to play paintball, got their butts kicked and are now seeking their revenge on the only ‘players’ they can compete well against – unarmed, non-playing civilians who can’t shoot back.

“I know one thing for sure. If they went to play at a commercial field with that gun, they absolutely got their butts kicked!” Aden said. Both of us were laughing pretty hard at that point.

Which was probably inappropriate given the subject matter, but after nearly three decades of involvement with the game (we both started playing in 1983), you find that there is almost always a sadly humorous, if not ironic, twist to this game.

But that’s beside the point. As we continued talking, it became pretty obvious that we’d hit on a kernel of truth; a pretty good theory that may account for a decent percentage of truly violent drive-by shooting behavior.

Without a theory, you’re powerless to affect change. With a theory, you can at least test things out and begin to refine the process. So here’s the theory: assaults against people with paintball guns may very well be committed in large part by disgruntled and humiliated first time or infrequent, players. The kind of player who goes out to play for the first time ever and gets shoved onto a field with so-called experienced players, gets bunkered six times in five games, never gets an elimination, takes all kind of on-field smack talk abuse, is never given any meaningful instruction or assistance and leaves the field HATING everything about paintball.

Which means ( if the theory holds any water) that these violent drive-by shooting assaults are, in the long run, the fault and responsibility of field and store owners, as well as regular players.

There’s a pretty easy way to test that too, albeit one that I doubt very much the industry will be interested in participating in. All fields ought to be making their customers fill out waivers which require name, phone number, mailing address & etc. Field owners, managers and referees should note who is playing at their facility for the first few times of their paintballing experience and keep track of what kind of day that player had. If they had a lousy day and the following week a series of drive-bys starts up in the area, call the police and furnish them with the customer information. If those leads end up in arrests and convictions, we’ll know the theory is right.

Or, you all could simply stop allowing new players being taken advantage of, offer some serious instruction and classes, strictly segregate your players by experience and temperament (even when it means turning customers away because there isn’t a large enough group) and banning those regulars who seem to think that the purpose of paintball is allowing them to engage in semi-legal assault with a paintball gun at your facilities.

Either solution would work.