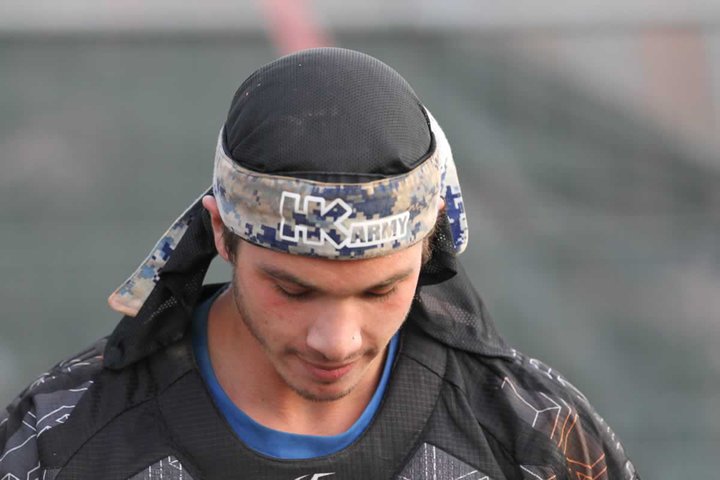 We’ve just gotten confirmation that Marcello Margott will be playing the 2012 NPPL paintball season with San Francisco Explicit. Marcello was on hand this past weekend practicing with the team.

Some will remember that we announced Margott’s signing to play the 2012 PSP with the Russian Legion.

Margott suffered a serious injury last year and has been working hard to get back out on the field. In his most recent blog, he explains what’s been running through his mind.

We reached out to Marcello who had the following statement:

I joined Explicit because I like projects, I like being the underdog and trying to turn something average into something great. There are many great players on Explicit and I feel with the right pieces, here and there, we can be a great 7man team. They already have a solid squad, their only downfall has been that they are fairly new to the professional division but all these kids can straight up ball. With a little experience and advice from the veterans Rob has picked up I believe we can make it to the top.

Tyler Harmon and Chris Lasoya have been great friends of mine for a long time, I remember meeting Tyler when I was 15 at the Boston 7man event in 2006, we hit it off and became great pals. We then played on aftermath together and had a great season. Lasoya and I got to play with each other with Infamous and I have much respect for the man.

As for the Explicit guys, I love their vibe… it’s a family-like environment and they are all hungry to win. I’m excited to be apart of the organization and excited to help the team in any way I can. Should be a great year with a humble group of kids.

“We are very excited to add Marcello Margott to San Francisco Explicit roster. We definitely know that Marcello’s experience and dedication will add tremendous value to the team. Marcello practiced this weekend with the team at Camp Pendelton. We welcome Marcello to the family and look forward to this 2012 NPPL season,” said Rob Montiero, team owner.

This is looking to be a great year for Explicit. We wish them luck in the NPPL.