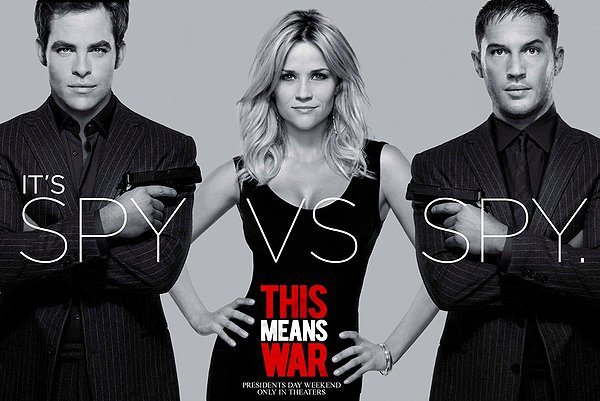 There is a new movie being released this month that features a paintball date scene and like in most Hollywood films, safety is not paramount. The scene shows Tom Hardy’s character being “that guy” as he attempts to impress Reese Witherspoon’s character. He jumps around, performs various stunts without proper paintball mask protection and even “takes out” a group of paintball playing kids.

Watch the official trailer below along with a behind-the-scenes clip of director McG and actor Tom Hardy taking a paintball to the butt on the set of the movie.

“This Means War” is set to release on February 14th.

Storyline: Two top CIA operatives wage an epic battle against one another after they discover they are dating the same woman.

Below, Tom Hardy (actor) and McG (director) take a paintball to the butt on the set of “This Means War.”