What’s Next For Chicago Aftershock? 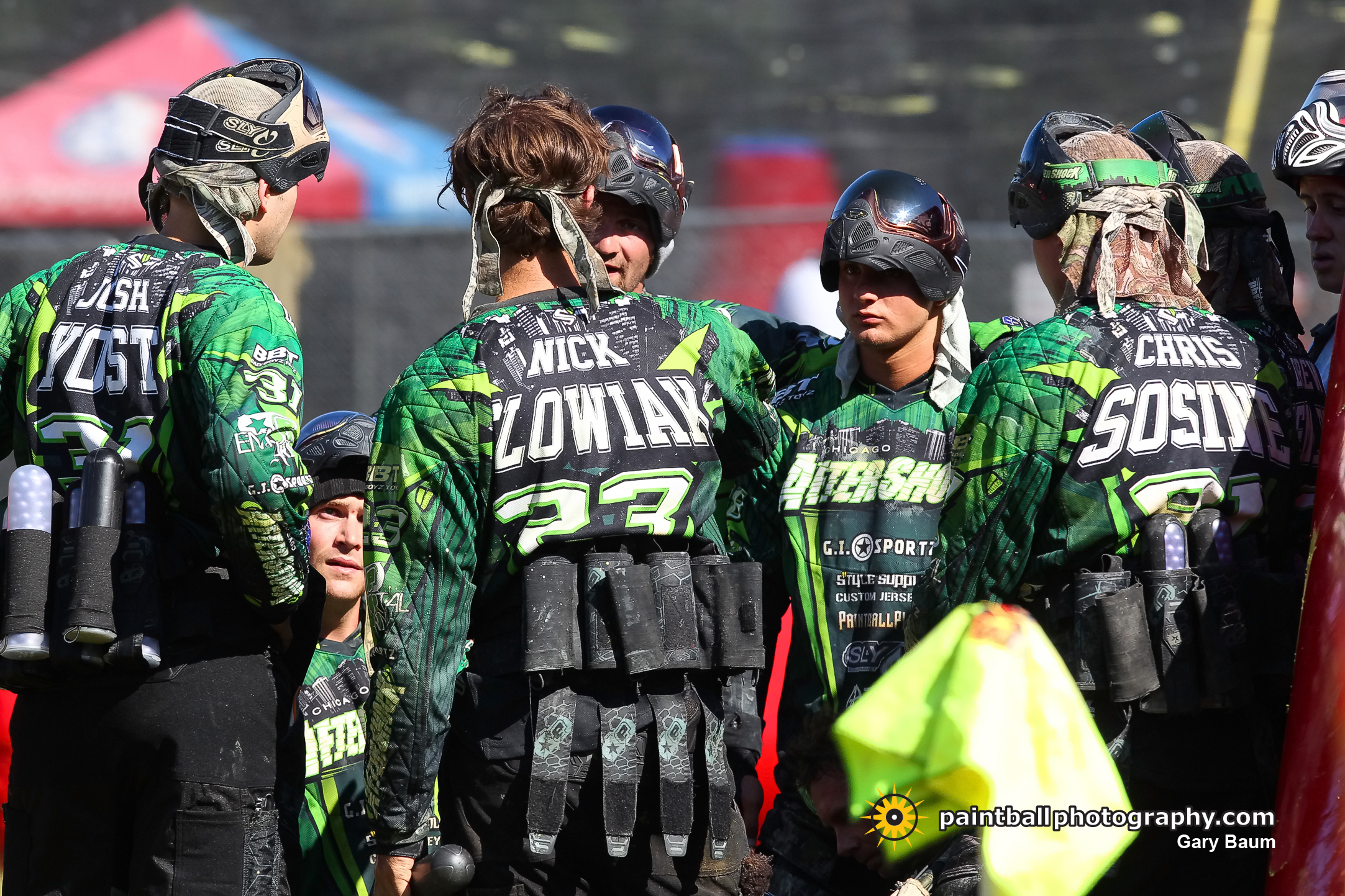 The dust has settled, words have been exchanged, and friendships broken. Toward the end of the 2011 paintball season, a once dominant team – Chicago Aftershock, lost a total of five veteran players. The names amongst this team migration consisted of Brad McCurly, Drew Templeton, Damien Ryan, Chris Sosine & Zack Patient. All of which were picked up by Pro team L.A. Infamous.With the 2012 season just over the horizon, a heartbreaking announcement gripped Aftershock fans. Nick Slowiak, the team captain – decided to leave the team in search of new opportunities in his paintball career. The move by Nick, a man that most considered the heart & soul of Aftershock, was possibly one of the hardest decisions he’s ever had to make during his paintball career. Having lost a total of six veteran players, could this really be the demise of Chicago Aftershock? After the departure of Slowiak, Renick Miller (owner of Aftershock) had this to say:

“Aftershock was founded in 1991, we have had more than 100 players make the team over the years, some of the greatest players that have ever taken the field have been on the roster. We have won and lost along the way,but always represented Chicago, the Midwest,our sponsors, and ourselves to the highest caliber humanly possible. Losing Nick, while certainly not an intended turn of events, will not bring about the end of this team. The team will rebuild with Midwest talent and carry on as we always have, as we always will”.

In his post on PbNation, Miller speaks of rebuilding Aftershock with Midwest talent. With that said, it can be assumed that the Aftershock organization will be looking to add a few more new faces to their roster sometime during the 2012 season. January 4, 2012, Shock announced several players from the team ‘BOOM’ have been added to their roster: Christopher Jansen, Lance Schumann and Rob Velez. This makes a total of four players from team BOOM if you count Trevor Regan, who was picked up late in the previous season. On paper, the Aftershock roster looks a bit inexperienced and highly beatable when placed against teams such as Tampa Bay Damage, Dynasty & Russian Legion.

One thing’s for sure, this season, Chicago Aftershock is not the same team that placed second in the 2010 PSP World Cup. This season, Aftershock is the underdog. The team that everyone will constantly doubt until they’ve proven themselves. Will Aftershock be able to carry the flame that legendary players such as Danny Love, Mike Bruno & Renick Miller once passed on to their successors? Or will the Shock flame diminish and fall to a season of defeats, as onlookers within the tournament paintball scene have predicted?