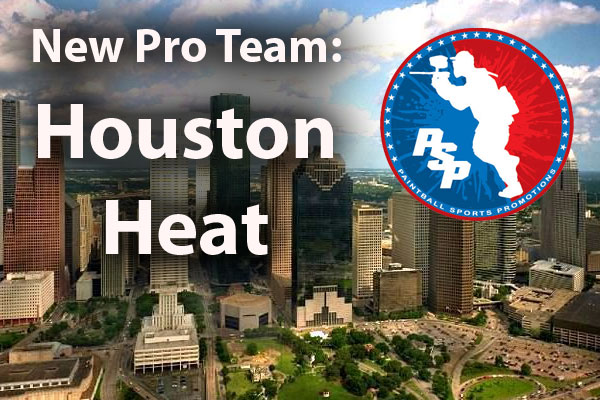 We just received exclusive word from team rep, Chad “Yaya” Bouchez, of the new Pro team joining the PSP for the 2012 season. Houston Heat. Read below for the official statement. Will Houston Heat be a instant contender given their line up? Stay tuned for more breaking news on the team.

Houston, TX – Wednesday, January 25, 2012 – Randy “Sarge” Smith announces the creation of a new professional paintball team that will join PSP Events for the 2012 season. The team, HOUSTON HEAT, is based out of his hometown, Houston, Texas.

With a very successful year in 2011 – CXBL Richmond Cup, D2 PSP World Cup and NPPL Las Vegas Championships – I knew our blend of experienced veterans and young guns had the talent, the passion, the determination and the commitment to take us to the next level – a new professional team,” says Smith. “Our new team, HOUSTON HEAT, has added even more formidable pro experience to that mix and I am confident that together, we have what it takes to make 2012 another memorable year in PSP tournament play.”

The following players make up the 2012 HOUSTON HEAT roster:

While still maintaining a grassroots Midwest flavor of paintball, HOUSTON HEAT is building on Distortion’s solid foundation and is helping a group of players achieve their goals of competing at the professional level against some of the best teams in the world and with some of the best players by their side. Distortion will still live on under that name in PSP D1 in 2012.

“It’s not just about putting a great team of players together, we also need to have the right tools to get the job done,” says Smith. “This is why we’re so thankful to have amazing quality sponsors like G.I. Sportz, Style Supply and DLX, manufacture of Luxe paintball markers as part of the HOUSTON HEAT family for the 2012 season. All of these sponsors have a rich heritage of providing world-class paintball supplies and equipment.”

HOUSTON HEAT is the first “factory” G.I. Sportz sponsored team and is fully backed by Luxe Markers. Style Supply will be making sure HOUSTON HEAT looks their best while out grinding and winning with style. Additional sponsors will be announced prior to the first event in Galveston, Texas, in March.