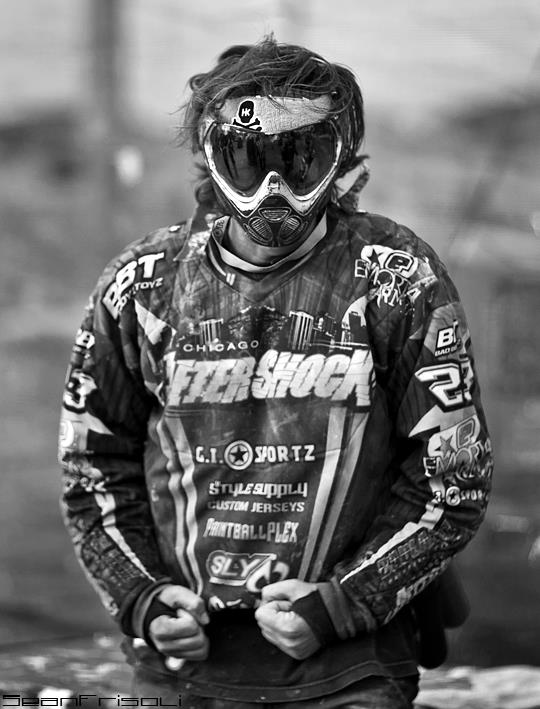 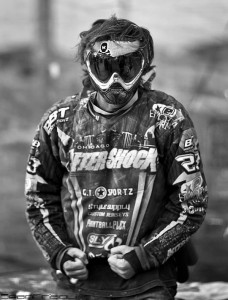 I guess I’ll start this off with saying that this is a first for me…I have never written a blog about paintball. I have often used it as a subject of many school papers and speeches. I’ll also admit that I am not very talented at writing things down that express my feelings, something I think Matty Marshall, Rich Telford, and Tim Montressor have done very very well in regards to paintball. Now comes the part of starting this piece.

I have been playing paintball for 14 years. I’m not going to get into the specifics of those years spent with this team or that, at this event here and there; all of the cliché’s have been used already for this story. All I will give you this time is a brief overview of some of my past, present and foreseeable future.

Ever since I became involved with tournament paintball the only team that I have ever wanted to play for was Chicago Aftershock. There were other teams I liked, Trauma, the Rock-it kids, Philly, and a few others but none like Shock. It may be that they were just the closest pro team to me, that they had the Chicago name, I love all Chicago based teams…only a little for the Sox, whatever it was I just wanted to play for them. All I ever heard was they were the best, meanest, craziest team out there and they played an hour away. To make this long story short, I got to the point where I made the team. It was one of the best feelings I have ever had…it also came with some of the worst as I had to quit a team that I had earned my first national win with.

Over my course of time with the team we have always been rebuilding, year after year, with no core. Two years ago we finally had a team with a good core only to lose Drew and then acquire Tim, Son, and Sam from Philly’s dismantling as well as Greg Siewers. Something that gave me great hope, but yet again, even after the best year the team has had, we lost more players. This season was especially tough with the 0-8 start and the loss of Jeremy Salm as a coach. The team rebounded at PSP New Jersey to be dismissed by a rule and then faltered at Cup. A few bright spots came from our run in the NPPL and in the end winning Vegas was the one thing I thought would keep the team together as a core for the 2012 season.

I guess I could not have been more wrong. In the departure of 3 of the team’s top core players, which to this day I still do not fully understand, I have been left bewildered as to what the future holds for myself and Shock…I have written and re-written a script for this blog 5-6 times, starting with how a PSP and NPPL season looked promising for next year, a blog full of excitement and  emotion from the team’s win at the end of the year in Vegas, to the a fully depressing tale of heartbreak and betrayal from teammates and friends.

In the end of all of this, which to this point I am not really sure as to how it all sounds, I have made the choice to not play with Chicago Aftershock this season. It has been, to this day, one of the hardest decisions I have ever made. I cannot thank Renick Miller, Jeremy Salm, and Robin enough for the opportunity they gave and have given me to play for the team I immortalized and got to play with. I will always consider Shock as my home and wish them the best of luck.

To all of the sponsors, especially Planet Eclipse who stepped in and helped the team out tremendously the last 3 years in ways I cannot grammatically type out. Ledz, Jacko, and Jack along with the entire PE family, I will miss you tremendously.

I would like to thank all of my fans and friends who have supported me and given me encouragement my entire paintball career, you are all inspiring and are a huge reason why I have been playing paintball. I will continue to play paintball in Europe for the first time with Empire Venice. As for the PSP and NPPL…I may not be playing, I may look for a team, I might just ref…I cannot say at this point but I just want to say thanks again to everyone.