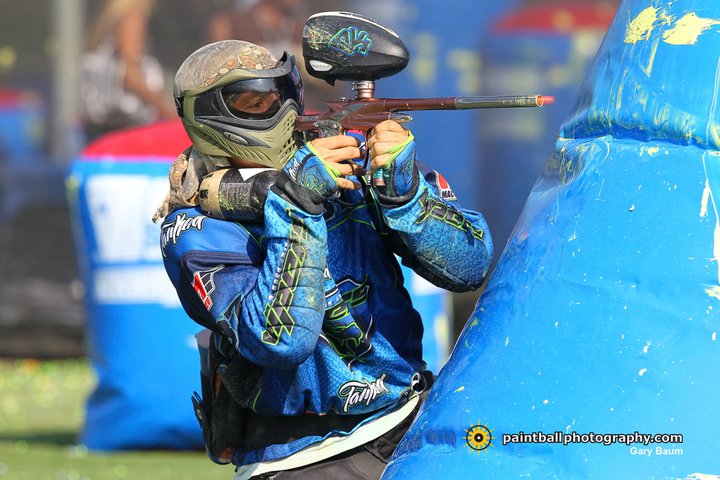 Here is a topic I see all the time come up in the forums and chat rooms, as well as hear about at the field – HK Army, their fanboys, and agglettes. Before I go any further, I want to point out that anything I state in here is my personal view, the author, and not that of Social Paintball. This is me, merely ranting on a topic I see crop up all the time.

So, what is an agglette? To me, an agglette is someone who lacks the social skills to get along with the rest of the paintball community, and yet tries everything they can to be agg. So what is agg? Agg is a term that has made its way into the paintball community and culture from the surfing and skateboarding scene in southern California. It’s a shortened slang term, of the slang word aggro, which tried to define another level of cool. For most people within the circles of these sports, agg/aggro is more of a state of mind. You not only have to look the part, but have the skills to back up your style. So, where do agglettes come into all this? It’s simple, they are the ones that don’t have the mindset, but try and force the style, and lack the overall skills to pull it off.

These are just some of the traits I have noticed with agglettes. It’s more prevalent on the speed ball field then in the woods, but as of late, I have been running across a few agglettes in the woods as well. But, the one major defining factor of being an agglette is your attitude. This person is the type that takes fanboy to the next level. The kind of person that decks himself out in all the gear he can find from his favorite pro teams, and then bashes everyone else who doesn’t deck themselves out in all Dynasty or Ironmen or HK gear. The kind of person that, when you see them in the staging areaand you hear them interact with others, you know who your target is for the rest of the day. Speaking of HK Army, this leads me to my next topic.

I want to start out by saying that HK Army and PBFashion have done more for this sport than any team or industry company I have seen in a long time. How often do you see paintball teams going out with major music shows and tours, trying to promote the sport? Not very often, if at all. Yet, HK Army is out there with the bands and the fans at Warped Tour, as well as other tours, doing what they can to grow the sport. So, where does all the hate for HK Army come from? Is it their work hard, play hard, party hard attitude that gets on peoples nerves? Is it maybe jealousy that drives people to hate them, because they wish they were in the Kressin Brothers shoes? I don’t know. What I do know is that HK has filled a hole in this sport that was left vacant by one of the greatest party teams to ever grace paintball, Stockholm Joy Division. These guys were the definition of what this sport was about, work hard, party hard. They were backed by a company, WDP/Angel who, at the time, was one of, if not the, leader in innovation in the sport. And that company fully supported the team’s attitude. Yet, there isn’t as much hate for Joy as there is for HK, and they are doing the same things Joy did.

So, let’s look beyond HK Army, and focus on their fans. This is where I have an issue with them, the fanboys and agglettes that flock to HK. How often do you see someone at your field, acting like an ass hat, wearing an HK shirt, or sporting an HK headband, or some other PBFashion merchandise? Not that wearing their stuff makes you an agglette, but it seems that since this team and apparel company is so popular, their brand has made its way to infamy with agglettes. HK, good team, good guys from what I am told, but it’s the fans that give them a bad rap. And not all fans, just the ones who are over the top. I picture these fans kind of like a spoiled Star Wars fan that gets a Chewbacca mask for Christmas or birthday, and it’s not movie quality, so they flip their sh*# on their parents. These fans, and the entire agglette crowd, are a major problem in this sport. When you have new payers show up at a field to try out air ball, and they see someone decked out head to toe in the latest paintball fashion, they tend to view them as the epitome of paintball. I know I did when I first started playing. Some jack ass at my field, first time ever there, was decked out head to toe in Smart Parts clothing, sporting a Shocker 4×4, and was bashing everyone there what was shooting a Tippmann or a cocker or Spyder. He made such an impression on me, not just with his attitude but with his playing style, that to this day I refuse to wear or shoot anything made by Smart Parts (except the freak barrel, I just love it). These are the kinds of people I am talking about. The ones that can have such an influence on new players in such a negative way, they may even drive those new players away from the sport. So, what can we to do change this?

Honestly, I am not sure how to deal with agglettes, as I don’t see many of them lasting long in the sport. The people I play with are very good at recognizing an agglette. When they go up against them, they don’t hold back. Most agglettes I see don’t last more than a few years because of this targeting; and yet new agglettes are born every day. As a community we need to be on the lookout for the warning signs of when someone is making the turn form fashion baller to agglette. If you see it, do what you can to stop the change. The only real sure fire way I have seen someone cure their agglette syndrome is by way of YouTube. If you see someone acting like a fool, what better way to encourage change than to film them and post up for all to see on the internet? Might just be the motivation these people need to change, and help grow the sport, instead of drive people away and make the rest of us look bad.