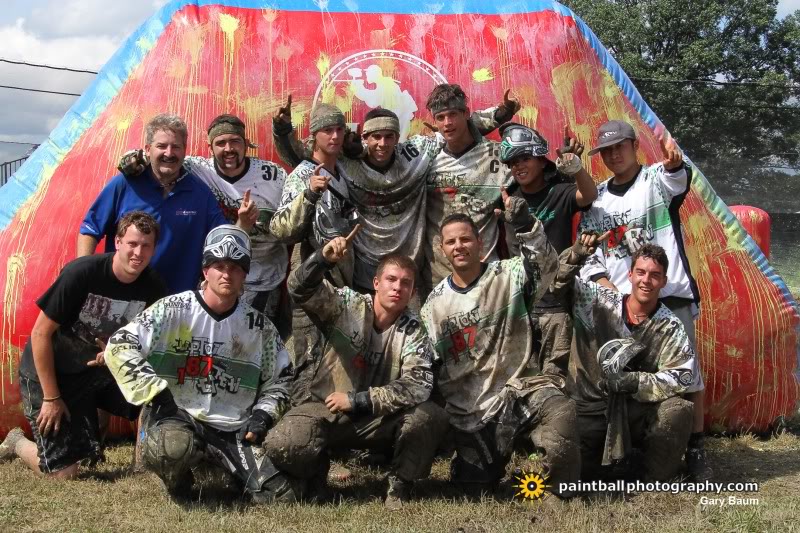 After a very successful 2011 season D1 PSP Champions and Winners of the PSP world Cup (D1), upTon 187 cRew has decided to join the pro ranks in PSP. I sat down with team owner, Dave Painter, to learn more about the team.

DH: First I’d like to say thank you for your time and congratulations. For the fans that don’t know about upTon 187 cRew, I can’t believe there would be too many left but, if you could give us a brief history of the team?

DP: 187 cRew was originally formed in 2004 as a kids team, playing 3-man local events under the name Kamo Killaz.  The team quickly ran through the formats.  By the end of 2004 they were playing 5-man and in 2005 they were playing the 7-man format at the local level and finished the year playing the Miami Commander’s Cup.  The following year, 2006, the team played local 7-man and several national events under the name 187 cRew.  They finished the prelims undefeated in both the Tampa and San Diego events.  During the off season the team merged with another powerhouse, Friendly Fire Factory, and played the entire 2007 team in the NPPL.  While we didn’t manage to win an event we did manage to play on Sunday every event and win the overall D2 series title.  In 2008 we jumped up to play D1 7-man nationally and several of our players were guesting on an MXL team, Plattsburgh Negligence.  By the end of the 2008 season Fox 4 Paintball had purchased the Negligence franchise and had won our division – earning a coveted AXBL slot.  In 2009 the team focused 100% of its efforts into the AXBL and managed to win our division and finish 2nd overall to a very strong Philly American’s team.  The team intended to play the 2010 AXBL season, but the league ended up folding around the same time the first PSP event was being played.  They quickly shifted gears and jumped into the last three PSP events for 2010, winning all three events they played.  The team decided to jump up to PSP D1 for the 2011 season and managed to finish as the number 1 seed coming out of prelims at all 4 events.  They finished with 2 firsts (NJ and Cup) a second place at Texas and a 4th in Chicago.

DH: You’ve always had a “homegrown local team” are the plans to keep it that way?

DP: Being “homegrown” is one of our secrets to success and we have no intention of changing that going forward.  The biggest benefit to being local is that everyone is within an easy commute to our home field, Fox 4 Paintball, and can practice most every weekend – both Saturday and Sunday.  If we had to fly people in or rely on people traveling 3 or 4 hours to get to practice we’d end up practicing much less then we currently do.

DH:  Do you have more of a program then, by that I mean players in the organization playing different divisions that are your standbys in case of injury? Or do you just have that much depth?

DP: I wouldn’t say we have a program per say, but we run the largest x-ball league in New England, foXball, and that allows us to be constantly monitoring the local talent. We’ve always managed to work through injuries and very seldom do we have to “bring up” a player from other teams.  All the players on our roster are very versatile and it’s easy to move players around to fill a void created by injury or absents.

DH: Your teams have just had amazing success in the past few years, what’s the secret formula?

DP: We’re blessed with a great group of people.  Not only are they all great paintball players, they’re great people.  Everyone is open to learning and everyone is capable of teaching.  We’ve worked hard to assemble the group of players we have today and our main goal along the way was finding players that fit together, not only on the field but off the field as well.  We have no “bad apples” on the squad; no one blows up in the pits.  Everyone remains calm, listens to others input and then executes on the field.

DH: What do you think of PSP having 5 events?

DP: As a player, I think it’s great, but as a sponsor, it adds some additional financial burden to the season.  I like the split of events with one in the southwest (AZ), two centrally located (IL & TX) and two on the east coast (NJ & FL).  Maybe next year they’ll add a 6th event somewhere in the Northwest – maybe Northern California – to balance out the travel burden for all teams involved.

DH: Looking back on 2011, in your opinion, what affect did the field size changes made by the PSP actually change in the game?

DP: I don’t think there was much of a change created by the change in field size.  The real factor is field layouts.  Depending upon how the bunkers are laid out will have a greater impact on paint consumption and average time for a point then the actual field dimensions.  As a field owner the impact was the additional costs to widen our field.  We had to have some ledge hammered out in order to get to the official width of the field.

DH: Who are your current sponsors?

DP: We’re fortunate enough to have the same great sponsors the last several seasons.  Planet Eclipse supplies us with custom team markers (both EGOs and GEOs), custom team jerseys, elbow, knee and chest protection, and gearbags.  Empire Paintball supplies us with eVent masks, Z2 loaders, Empire pods, React packs, Contact pants, and Contact gloves.  Pure Energy supplies us with compressed air tanks.  RPS supplies us with the world’s greatest paint – Ultra Evil.  Social Media provides great media coverage.  Paintball Photography provides great action photos and helps us get additional exposure by getting those photos into major publications.  Cucuzza Productions provides great video coverage.  PBNation supplies the team with our team forum (and cool green names).  We also have some great local support as well.  Marc Thomas Series and PH supply great T-Shirt designs for the team.  Test Equipment Depot provides some much needed cash to help with the expenses of running a professional paintball team.  Fox 4 Paintball – is our home field – Not only do they provide a top notch facility to practice at they also provide the opportunity for the team to earn money by reffing foXball, the premier x-ball league in New England.  The team has a fully turfed field with fully functioning pits and scoreboard primarily for their use.  The only other time the field is used is for x-ball tournaments and organized practices.

DH: What are your future plans for the team and the organization?

DP: That’s a tough question.  Our current near term goal is to provide a competitive match for every team we play against this coming season.  Our longer term goals involve what everyone else wants too – a tournament victory and ultimately a series championship.  We’ll have to put in our time and hard work before we can get there, but everyone is on the same page and we’ll be putting in the work.

DH: How many hours a week do you spend running this team?

DP: I’m the primary organizer for the team.  That includes booking flights, hotels and car rentals for events as well as organizing all the sponsorship requirements.  It’s difficult to really say how many hours a week I spend on team stuff compared to company work.  As one of the owners of Fox 4 Paintball I spend a great deal of time organizing our tournaments and practices which also help benefit the team.  Nick Leival, our captain, is also a great help in the design department.  He does all our jersey and gun designs.