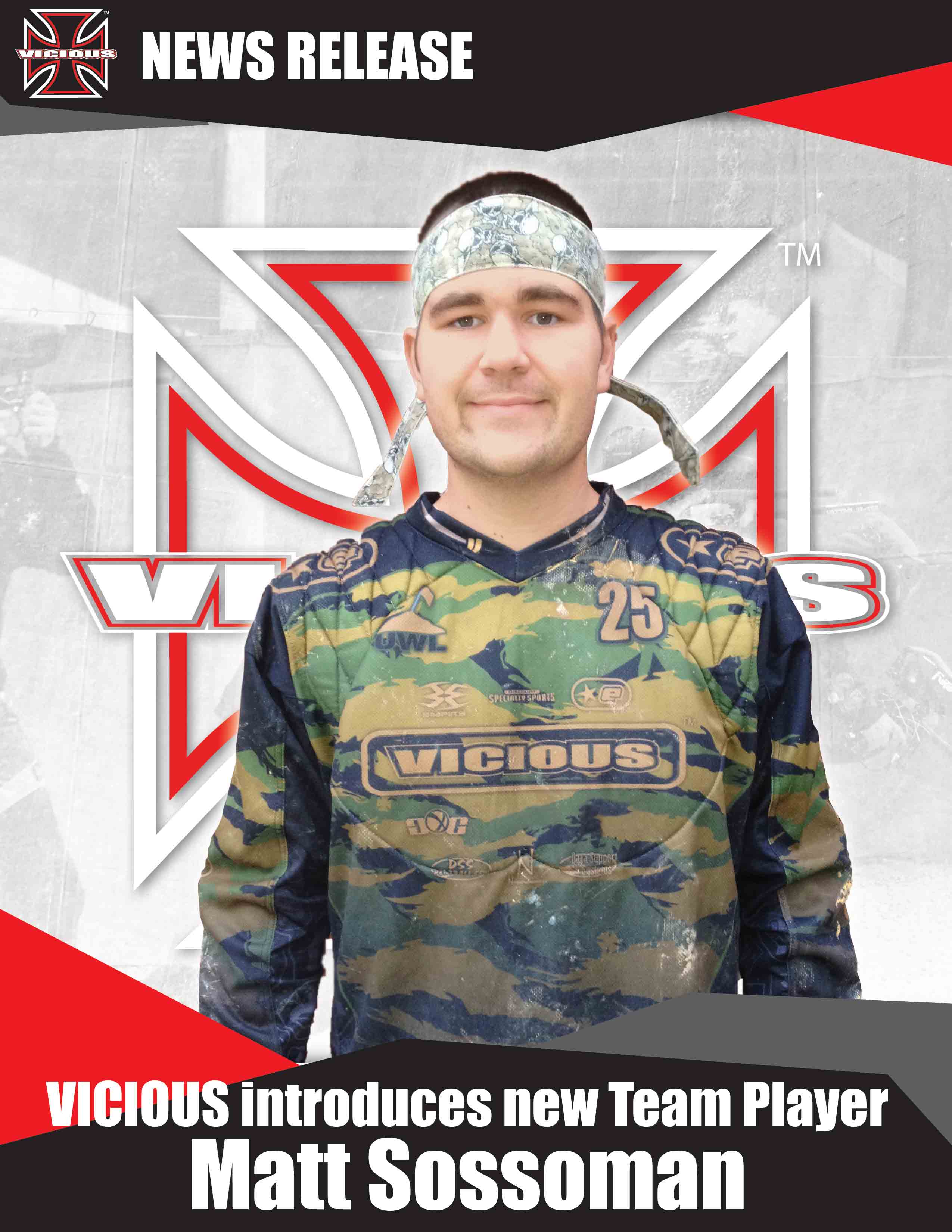 Professional paintball team VICIOUS has just announced a new addition to their 2012 roster.

VICIOUS is pleased to announce the newest addition to their 2012 roster, Matt Sossoman.

“I am very excited about making my pro debut with the VICIOUS family and playing along some of the best players in the world. I feel like this season we are going to be making a lot of Sundays,” Sossoman said.

VICIOUS feels that Matt is a great fit into the VICIOUS organization and look forward to him being part of their successes in the 2012 season.